Home » Entertainment » Celebrating the 25th Anniversary of Beauty & the Beast 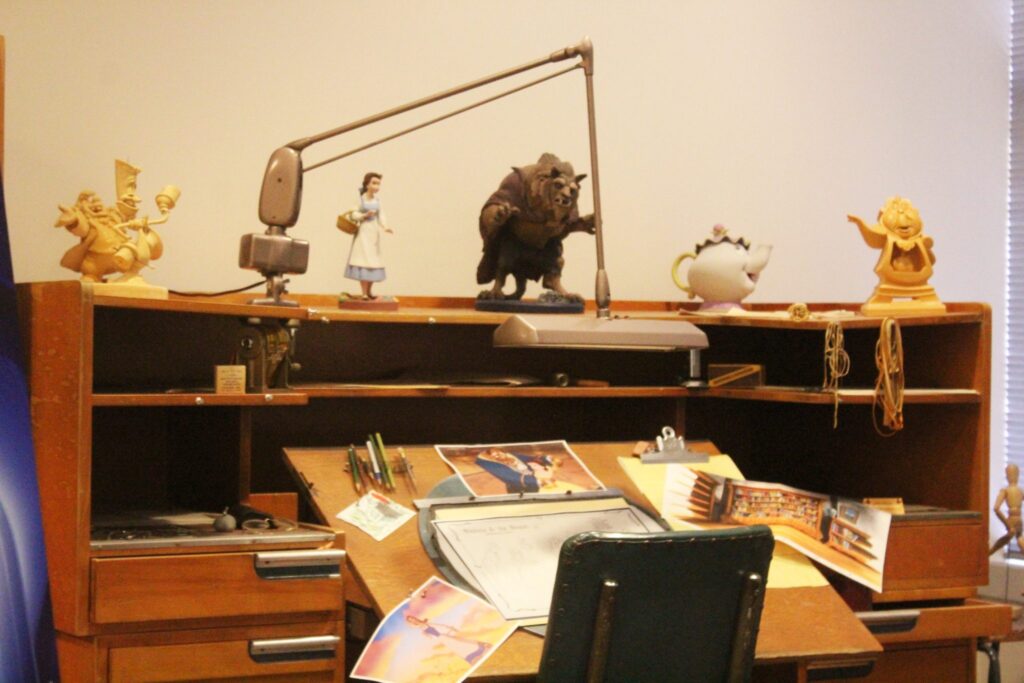 Celebrating the 25th Anniversary of Beauty & the Beast

To start off the day, myself and other fellow bloggers had a tour of the Walt Disney Archives. The Walt Disney Archives preserves artifacts of Disney history. And with this year being the 25th anniversary of Beauty & the Beast, there was a gorgeous display of items from the movie, the Broadway play, and products that came out during 1991.

You can see on display gorgeous character maquettes; sculptures that are created for animators' reference to see what their characters would look like at different angles. You can also see in the picture above an animators' desk, a style that was developed at the Disney Studios itself. 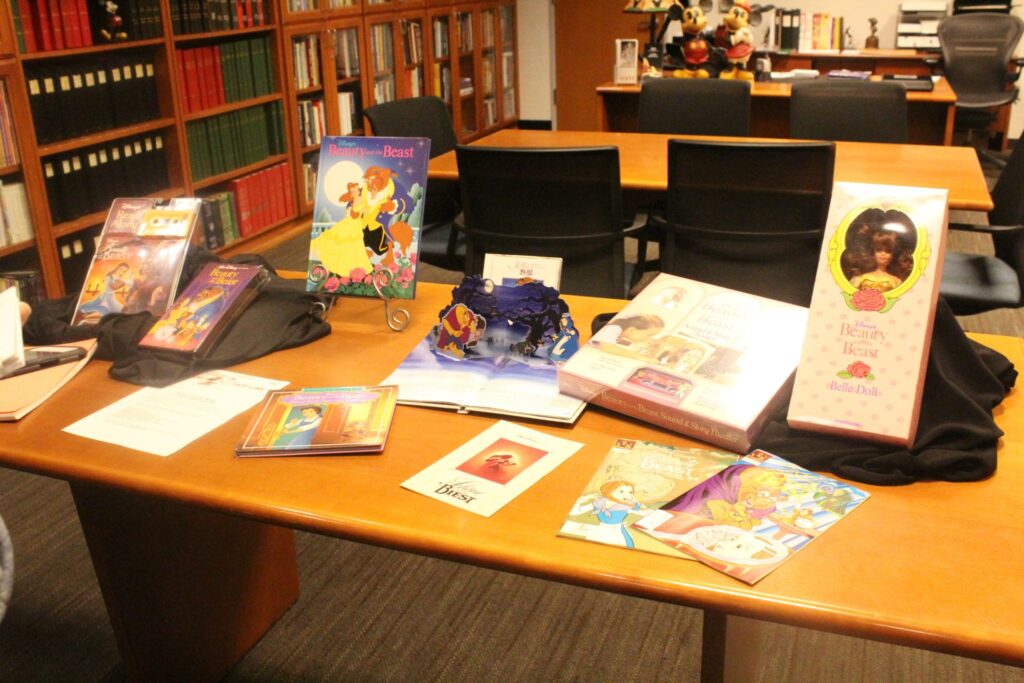 The Beauty & the Beast products on display were definitely a throwback! I vividly remember some of these–are there any you had or recognize? 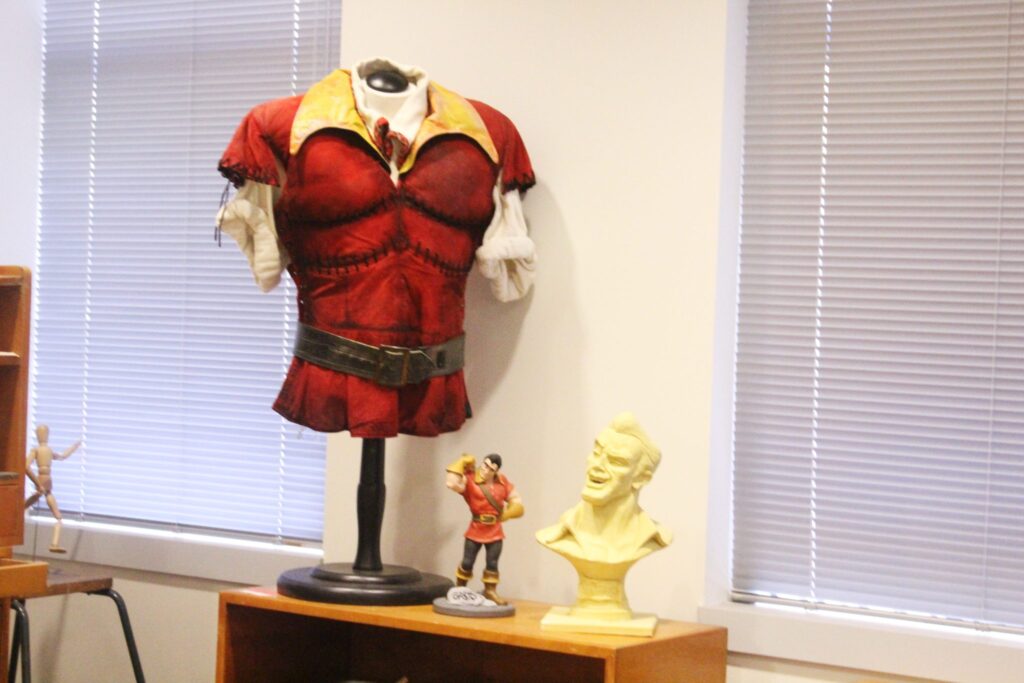 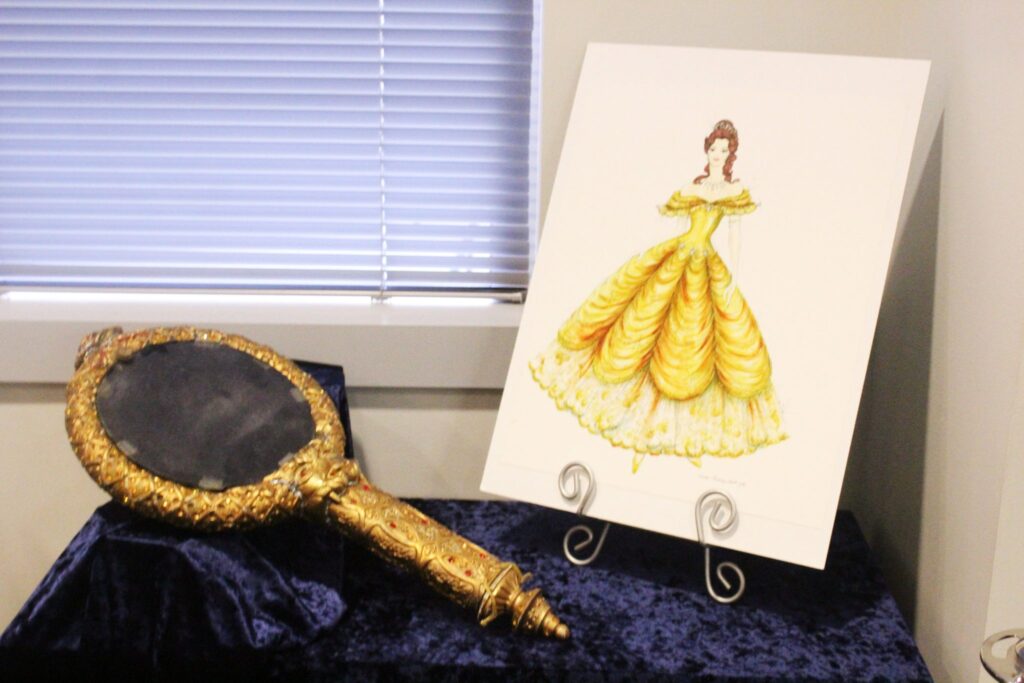 Beauty & the Beast went from successful animated feature, to being the first animated film to have been nominated for Best Picture at the Academy Awards, to one of the most successful productions in Broadway history. On display, you can see a Gaston costume from the original Broadway production, as well as the Beast's magic mirror. 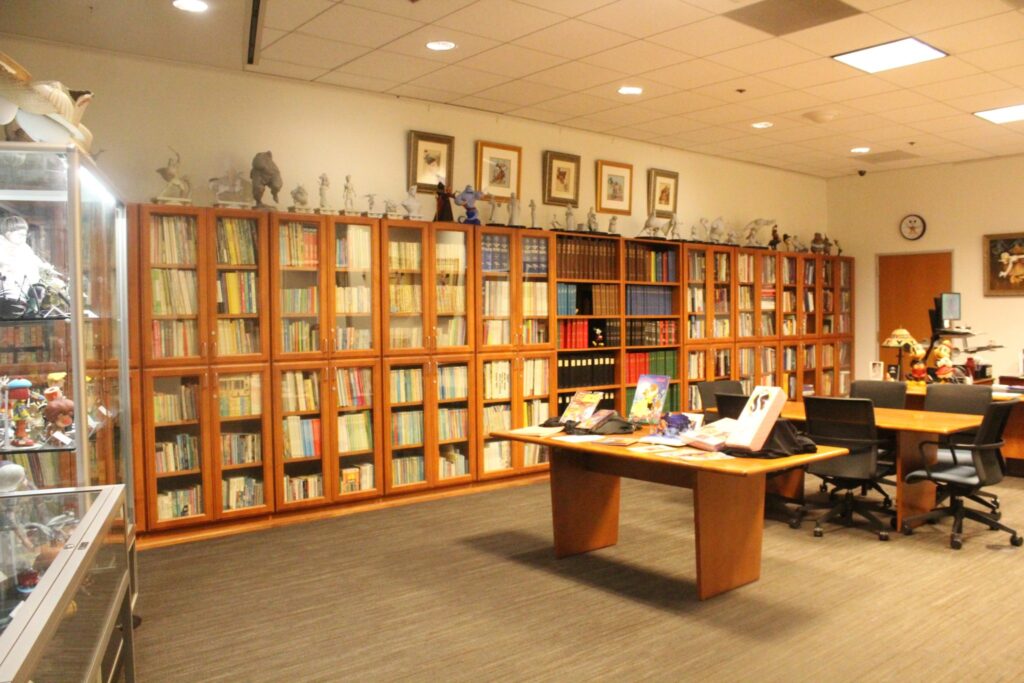 The Beauty & the Beast display was incredible, and I was amazed at all the Disney history, artifacts, props, and books just in the one room we were in! It was clear to see that Disney truly takes pride in their history.

Next, we got to see a sneak peek at some of the special bonus features you can watch on the Beauty & the Beast 25th anniversary edition Blu-ray. The Blu-Ray was released on September 20th, and if you haven't had a chance to see it yet, I highly recommend grabbing a copy. The bonus features are very in-depth, and give wonderful looks into the making-of this iconic Disney film. You can see side-by-side videos of the actors doing their character voice overs paired with the characters on-screen. You can also learn about the Disney Studio's long history with the story of Beauty & the Beast, that goes back even to Walt Disney's time. 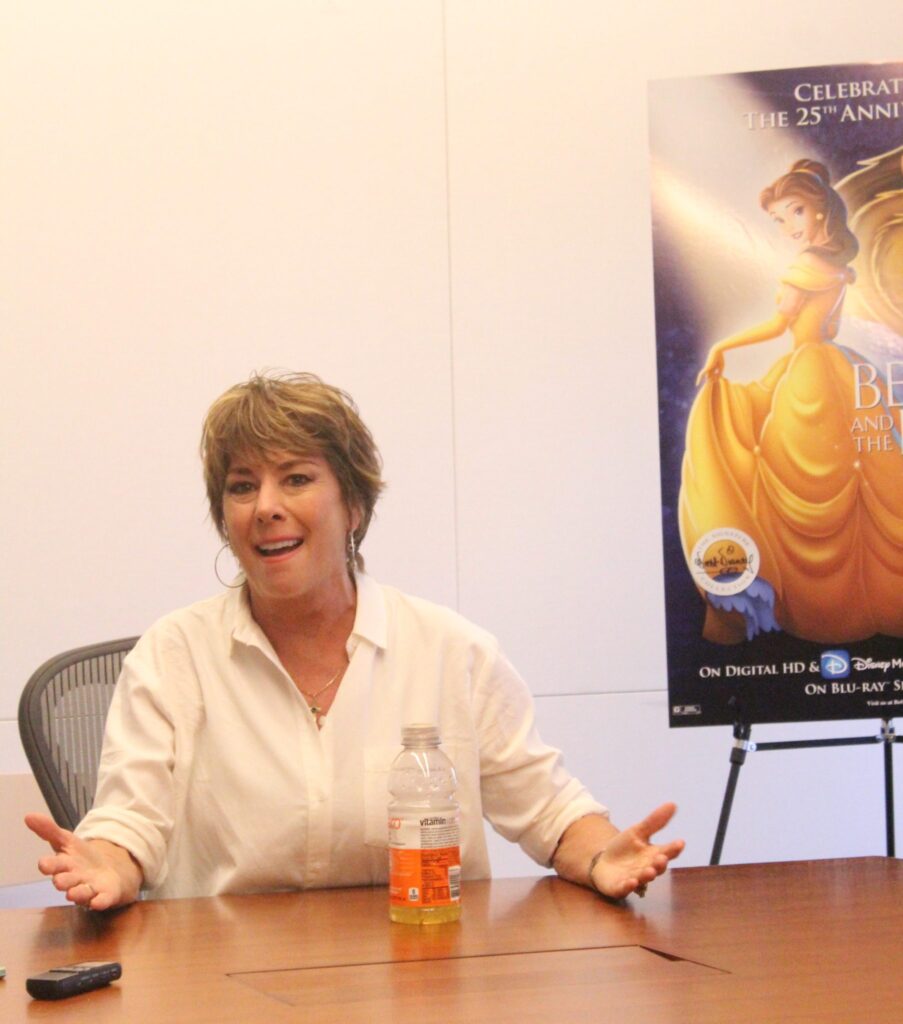 Lastly, we were able to meet and interview Disney Legends Paige O'Hara (voice of Belle) and Mark Henn (head animator of Belle). Paige discussed how she relates to Belle, and her desire for adventure and learning. Paige also talked about how Belle is still very much a part of her life; using her experience to visit hospitals and bring those who need cheering up Beauty & the Beast toys, etc. and talk to them about being Belle. How amazing is that? 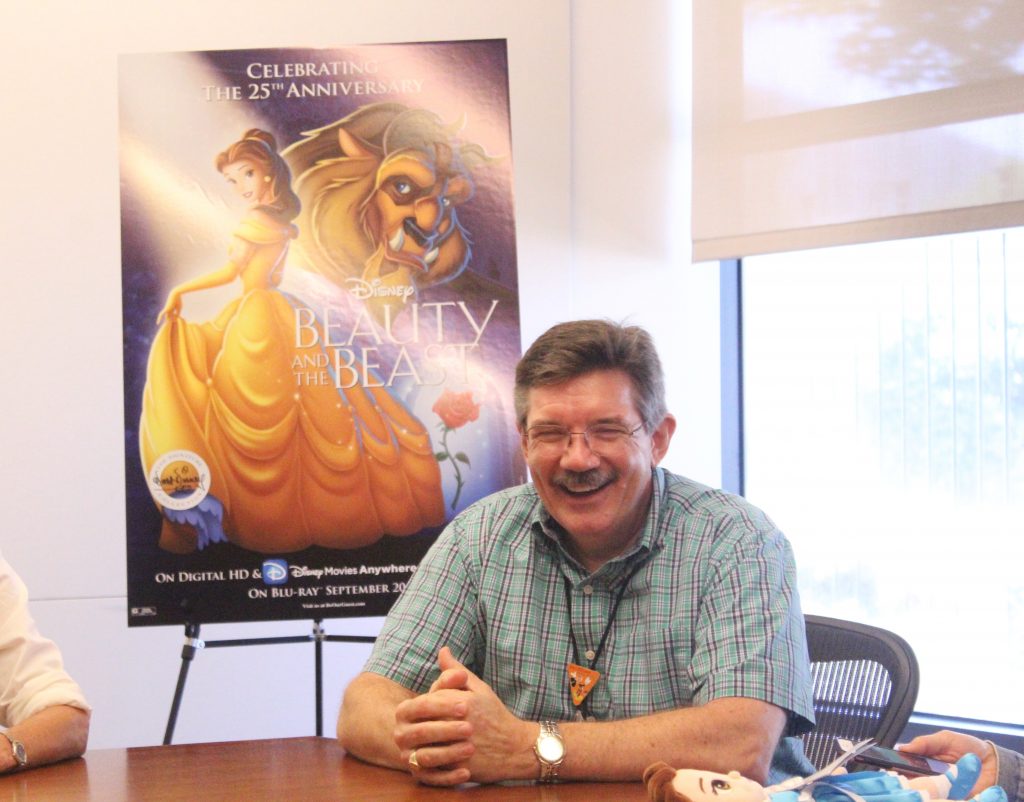 Mark Henn explained to us the amazing team work it takes to make an animated film, and how bringing the character of Belle to life is an intimate collaboration between himself (the animator), Paige (the actress), and Linda Woolverton (the screenwriter). Understanding this process of creative collaboration truly gives you insight as to how dedicated Disney is to executing animation magic for everyone to enjoy! 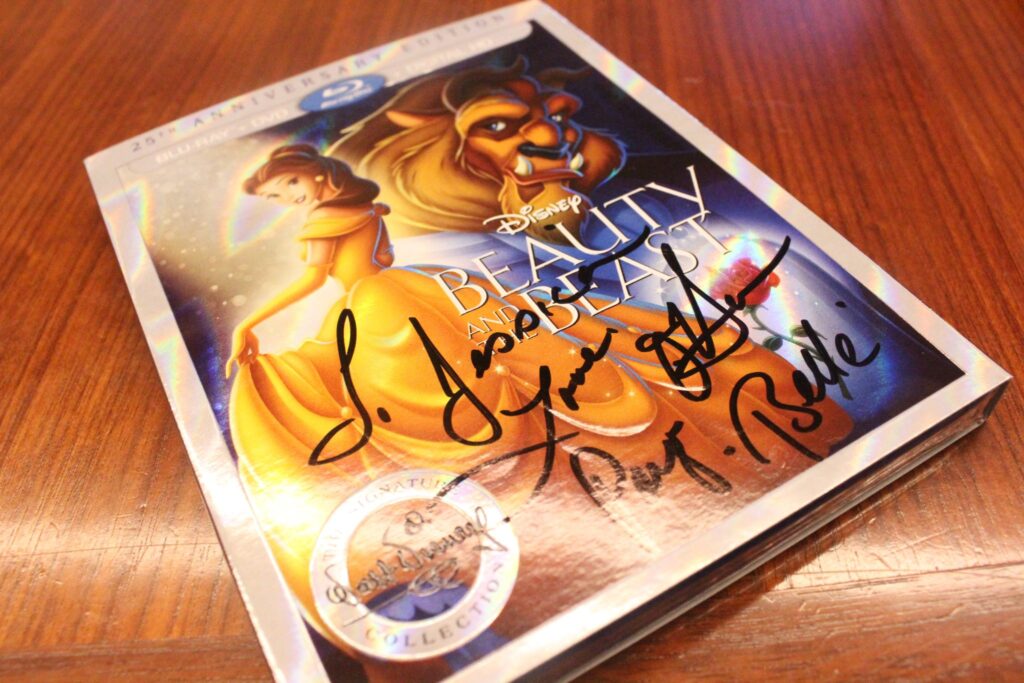 You can pick up a copy of the 20th anniversary edition Blu-ray of Beauty & the Beast in stores now.