Animating skeletons for the film Coco posed many challenges for the animators at Disney•Pixar Animation Studios. Animators needed to find a way to build character into these figures, but still make them feel like skeletons, not normal bodies. Learn how Pixar animators brought to life the hardest characters they have ever had to create, the Dia de los Muertos skeletons of Disney•Pixar's Coco. 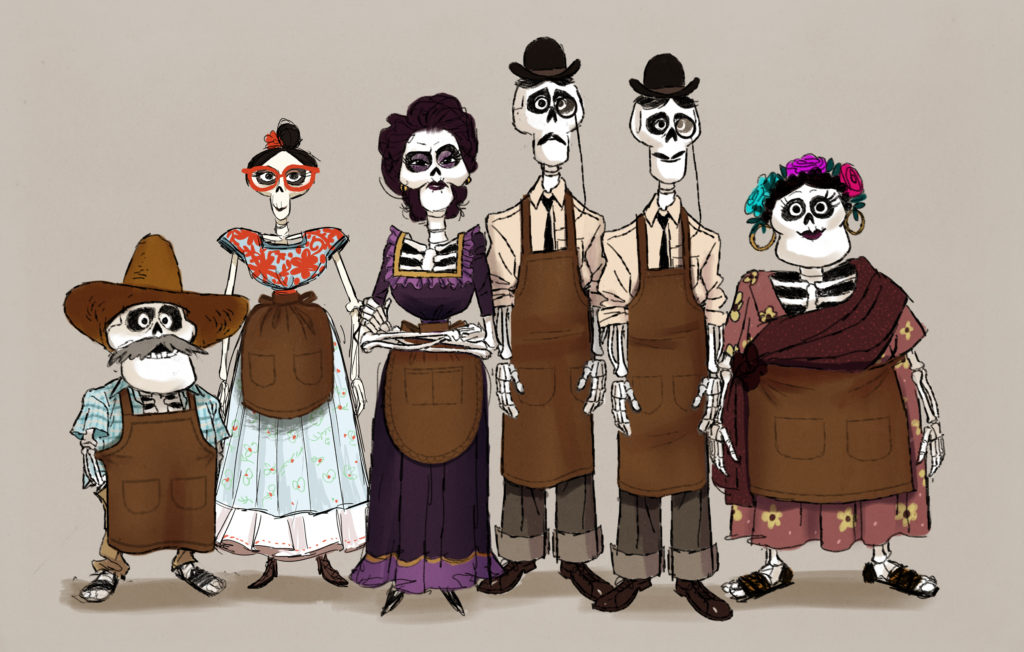 From Concept to Design

The concept for the skeletal characters began with the study of skulls and skeletons, to find the appeal of them and to answer some of the many questions animators had about their characters. While the skeletons needed to follow some rules and guidelines that would respect the skeleton's structure and design while allowing animators to give them expression, emotions, and personality, animators realized they would also need to break some of the rules to bring expressions the audience could connect to.

Even in animation, the face is a big part of the acting performance. Clear expressions are important to help audiences understand the emotions of the characters, and the ability to show a range of emotions on a skeletal face was animators' biggest challenge in this film. How could animators bring appeal out of a skull and yet embrace it for what it is, while staying true to the material?

While animators faced many questions on the design of the characters, including if the skeletons should have hair or wear wigs, they also committed to a few features early on.

Bringing it all together animators were very happy with how they were able to bring the skeletons to life with expressions while keeping individual personalities by giving them their own distinct movement. 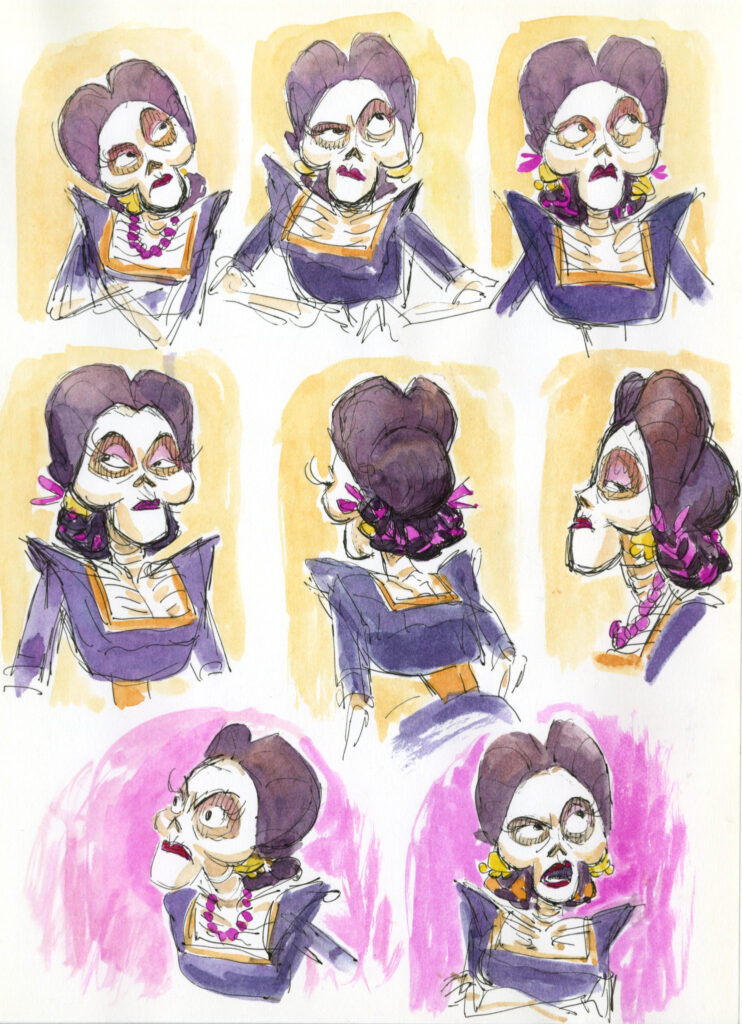 Animation – Bringing the Skeletons to Life

Animators began with an early basic rig, a 3D model with controls in it, and started with a walk cycle to figure out the initial behavior of movement for the skeletons. These early animation tests helped animators find the right physicalities for their structures to bring out the personality and motions of the bones.

Animators even turned to real-life inspiration to bring their skeletons to life.

Hector's walk was inspired Dustin Hoffman's character Enrico Salvatore “Ratso” Rizzo in the movie Midnight Cowboy. Ratso had a limp that was an injury that healed over and it was just part of his walk that symbolized his brokenness as a character. 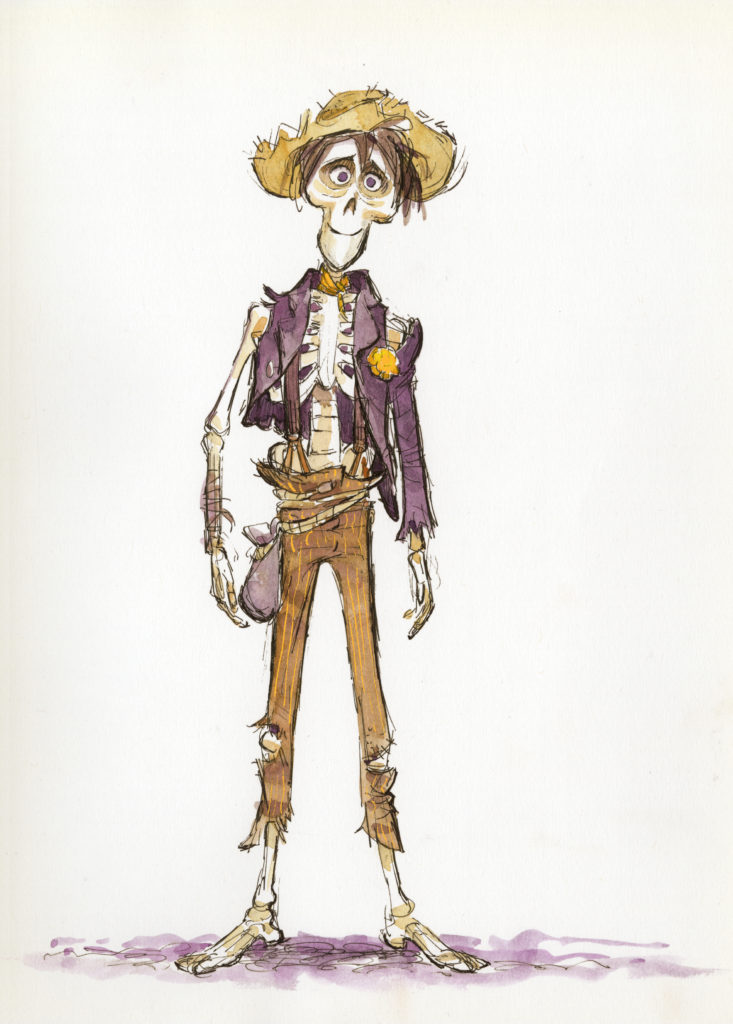 Since all the skeletons look the same underneath, animators needed to find a way to make each character's unique structure. The fact skeletons have no muscles meant animators would need to figure out how to make clothing hang while keeping the character's shape. From cinching fabric around the skeletons waists to trying clothes with a looser fit, even a tighter pant, animators tried anything to give the director a variety of ideas to choose from.

Animators had issues with bones since there are so many gaps and holes the clothing can fall through and get stuck. To keep the definition of the bones under the clothing, and to help the bones stick out through the clothing, animators simplified various regions of the skeletons to eliminate the holes and gaps the clothes would fall through. Structures like the bones in the rib cage were sealed up to a single surface while keeping the ridges between each rib so the audience can still see the curvature of the ribs beneath the clothes. Animators also sealed the radius and ulna (forearm) and the tibia and fibula (leg). 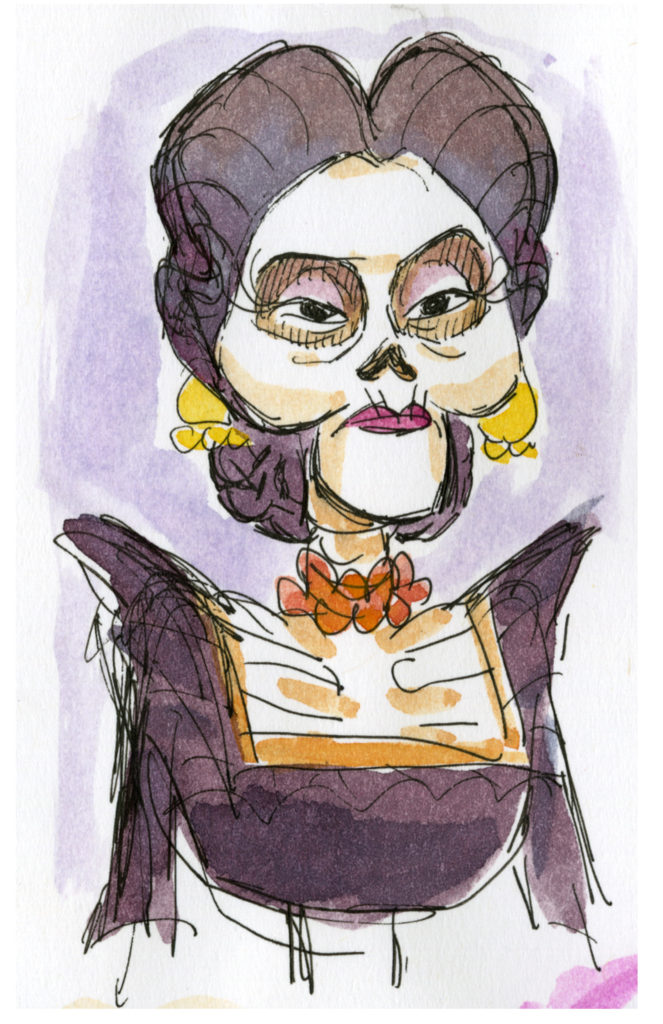 The patella (knee cap) is separated and animators knew this would be a problem as well, but they needed to keep the bones separated to keep the nice hard corners on the knees. The solution was to create cloth/joint fusing, where animators build tiny pieces of cloth that fit the negative space between the bones that stretch alongside the bones. This kept the cloth from falling between the bones and getting smashed around.

While Hector specifically was very difficult to clothe since he shows so much bone and it's difficult to cheat underlying cloth with so much bone, animators had to begin with collisions using a simulator, the physics engine that tells the plane how it should animate. Mama Imeda's dress kept getting snagged in her legs so animators used forcefields, spheres filled with wind, to help push the cloth outward so it doesn't fall between the holes and gaps. 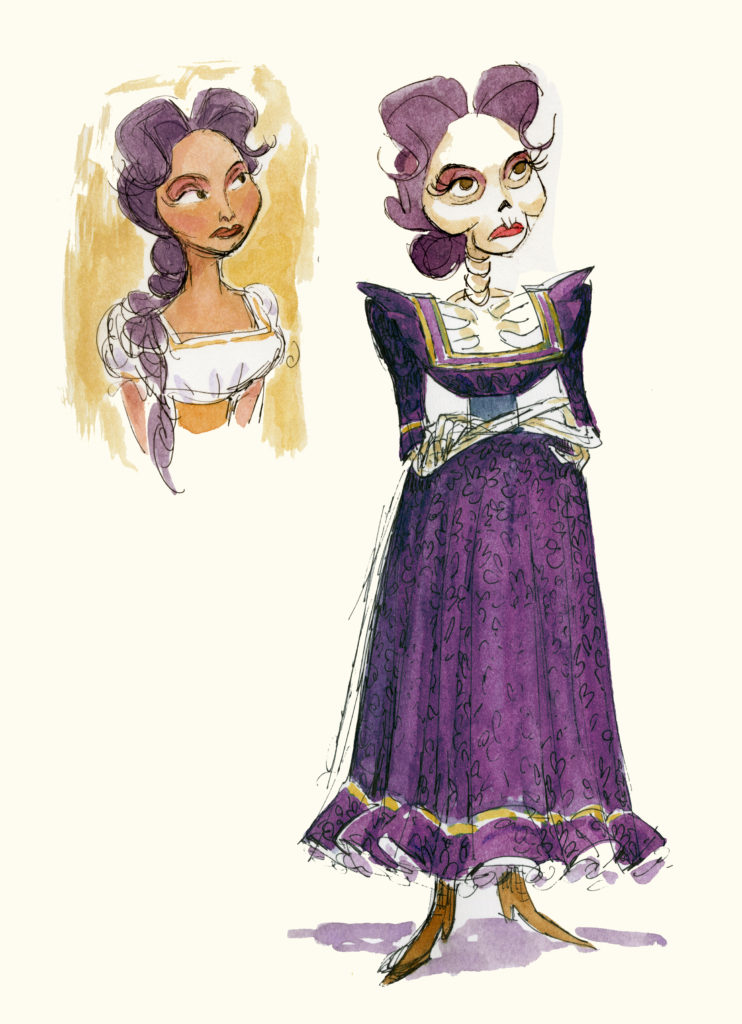 Take a closer look at how animators brought to life the Dia de los Muertos skeletons of Disney•Pixar's Coco in the trailer below.