We spent the day learning all about the creative process of building a story when we visited the Moana story room to chat with Jared Bush (screenwriter, co-writer and co-director of Zootopia), Dave Derrick (story artist), Dave Pimemtel (co-head of story of Moana), and Sunmee Joh (story artist) as they shared about the collaborative process of building Disney's latest legend, the story of Moana.

Building a Legend – The Story of Moana

The process of creating a story like Moana is a passionate experience for the entire Disney story artist team that lasts three to five years, where animators and story artists work together to figure out the theme of the story, who their characters are, what drives them emotionally, what they want them to say, and the best way to say it while building that big emotion and heart we love from Disney films.

Once the team has plotted the storyline and created a rough screenplay, they will watch the draft version of the movie scrutinizing it and taking out everything they hate about it, and start over again. They will do this repeatedly over the course of the building process until the best ideas rise to the top and they have a road map to go forward. The emotional investment is high for everyone on the film as they pour their hearts and themselves into the movie to produce the best movie possible. 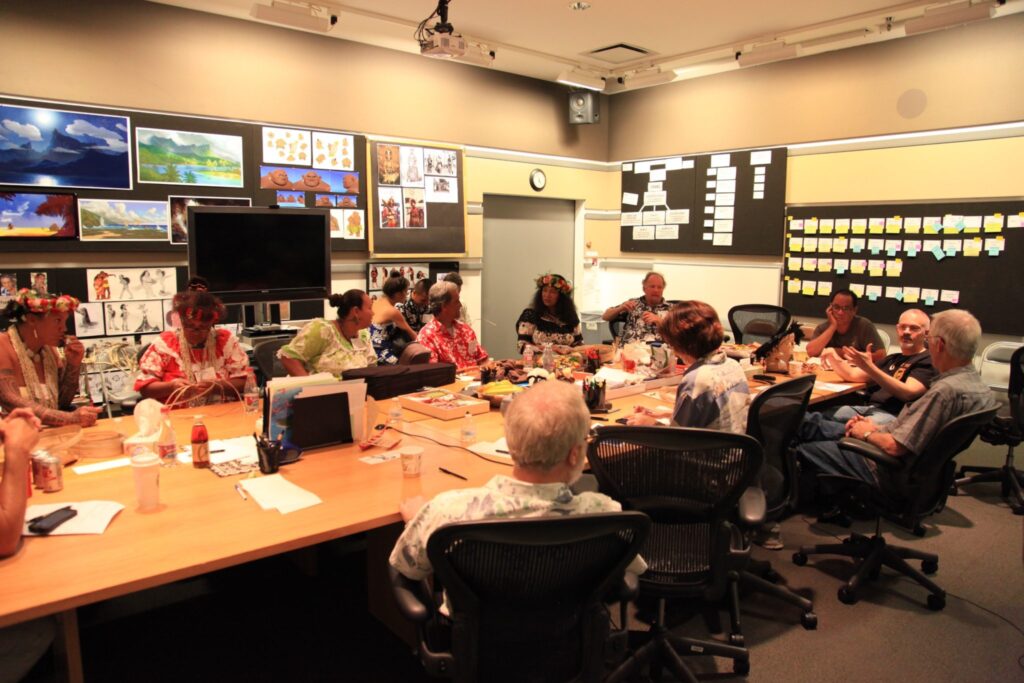 After the screenplay is ready, the script page comes to life in the next phase storyboards, where scenes are boarded without music and have to make sense so we can understand what the sequence should be.

Storyboards for a sequence take about two weeks, with each sequence containing 300-400 boards. As the story artists dissect each board, the story evolves even more with new dialog from the team. For the film Moana, there were over 100,000 storyboards created, but not all of them were used.

As the story evolved in the story room, one major change in the story was Heihei, a macho rooster. Since he didn't fit, the story team decided to make him silly and a complication for Moana, confirming every character in Moana had to find their identity and earn their spot in the film.

The MOANA story team was charged with saving the character “Heihei” from being cut from the film. These story boards illustrate an action sequence from the film in which the Kakamora are trying to steal the Heart of Te Fiti from Moana and Maui. In the initial version (top row), the Kakamora steal the heart and are pursued by Moana who captures it back. In the new version (bottom row), rooster Heihei first swallows the Heart of Te Fiti, and the chase ensues between the Kakamora and Moana, only this time they're fighting to maintain possession of Heihei. Artist: Sunmee Joh, Story Artist.

From Walt Disney Animation Studios comes Moana, a sweeping, CG-animated feature film about an adventurous teenager who sails out on a daring mission to save her people. During her journey, Moana (voice of Auli’i Cravalho) meets the once-mighty demigod Maui (voice of Dwayne Johnson), who guides her in her quest to become a master wayfinder.

Together, they sail across the open ocean on an action-packed voyage, encountering enormous monsters and impossible odds, and along the way, Moana fulfills the ancient quest of her ancestors and discovers the one thing she’s always sought: her own identity.

Directed by the renowned filmmaking team of Ron Clements and John Musker (“The Little Mermaid,” “Aladdin,” “The Princess & the Frog”) and produced by Osnat Shurer (“Lifted,” “One Man Band”), Moana sails into U.S. theaters on Nov. 23, 2016. 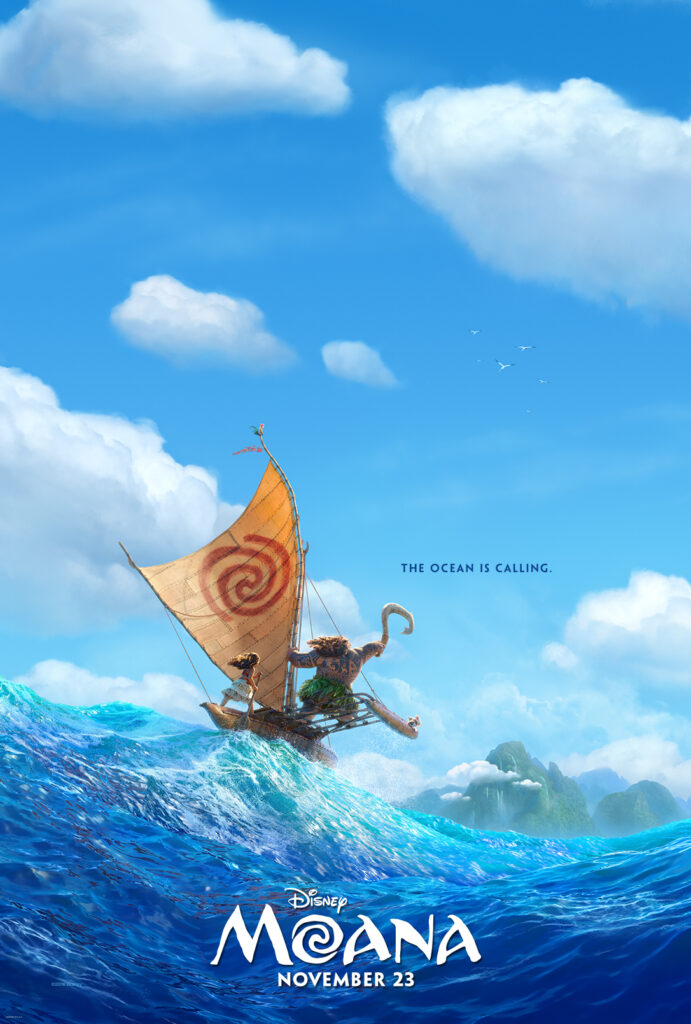