We're taking you on an expedition through the districts of the one-of-a-kind city of Zootopia, a Magnificent Mammal Metropolis featuring habitats for every mammal.

In a recent trip to Walt Disney Studio's Tujunga Campus, we sat with Art Director of Environments Matthias Lechner and Environment Look Supervisor Lance Summers who shared with us what it took to create a city with habitats so diverse, from Sahara Square to Tundra Town, Little Rodentia, Rainforest District, Bunny Burroughs, and more, that they can accommodate mammals of every shape and size from every climate imaginable.

Research on how to create the perfect Magnificent Mammal Metropolis began three years ago, when artists took a look at everything from which animals were nocturnal to what shapes were found in each species environment.

John Lasseter, as excited as he was to begin another animal focused film, wanted truth to the environment in each world. He wanted the desert to feel dry and the rainforest to feel wet. This challenge for the artists, to create a world that looked real, not necessarily realistic but a real world you could visit, was one where they had to find a balance between human and animal elements.

An important aspect in the creation of the buildings in Zootopia was to know what each building was for just by looking at it. Scale was another a challenge in creating the buildings. From mice to elephants, the city buildings needed to accommodate all animals and thus feature doorways large and small.

The cities in Zootopia were also created to be green and environmental friendly, including organic shapes within the foliage to represent real-life nature. To bring this nature to life, trees in Zootopia were created with around 30,000 leaves on them and use the all-new Keep Alive technology to let each and every individual leave blow in the wind, bringing the most realistic effect animation has ever seen.

Take a glimpse into some of the Magnificent Mammal Metropolis districts in the film Zootopia with the amazing concept art below.

Tundra Town is the snowy, ice carved area in Zootopia.

The RainForest District features self steaming and raining trees to create a humid environment in Zootopia. 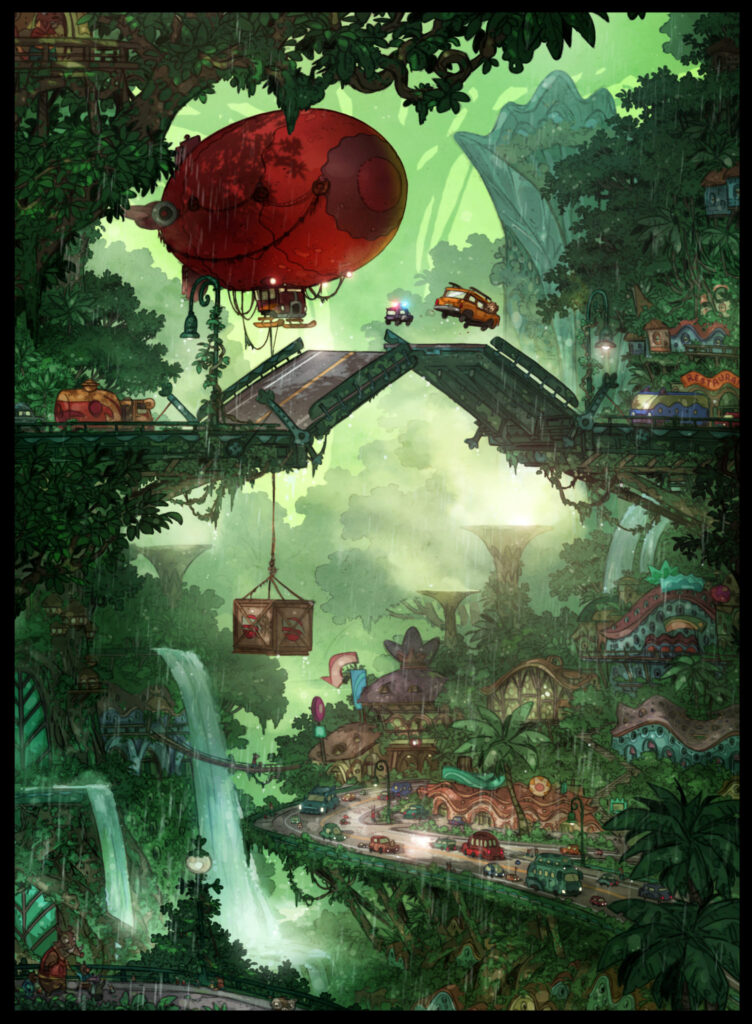 Little Rodentia is a little mouse town protecting the small animals of Zootopia.