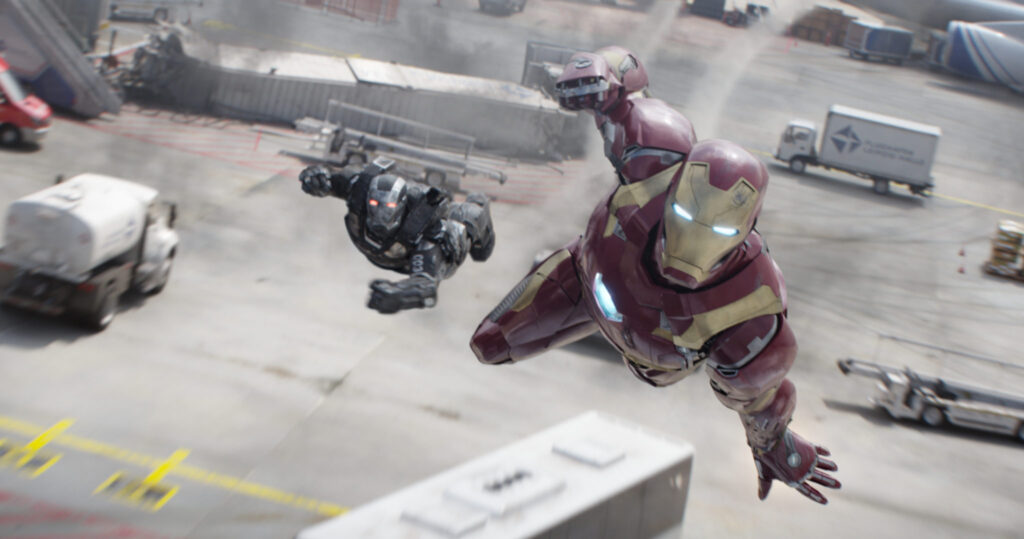 Captain America: Civil War opens with an awesome action-packed sequence as Captain America, Black Widow, Sam Wilson and Wanda Maximoff are involved in an international incident while in pursuit of Crossbones that leaves a dozen innocent civilians dead in Lagos, causing the world governments to call for the oversight over the Avengers due to all the past collateral damage caused by the team in trying to police the world.

While Steve Rogers believes the Avengers should be a self-contained organization, Tony Stark, who has a bit of a guilty conscience, feels it's best the super heroes sign the Sokovia Accords limiting the power and scope of the team.

Where does this all lead? An emotional story about family and conflict, and what happens when conflict comes before family. Plus a really awesome hero vs. hero airport fight sequence you don't want to miss. Seriously, this is not the time to go get more popcorn. And, we finally get Bucky back!

Now I'm just going to throw it our there and say Captain America: Civil War is the BEST FILM from MARVEL Cinematic Universe yet. The storytelling in Civil War is superb. Director Joe Russo spoke about how the team put in an incredible amount of effort to effectively tell the incredible story through the actions of the characters, an emotional story that moved our writer Sandy's daughter to tears as the heart-rending peaks of the story touched her. She's one of the biggest MARVEL fans around, by the way.

Plus MARVEL did something not many other franchises could do. They seamlessly introduced not one but TWO new characters to the ensemble, Black Panther and Spiderman. Introducing new characters to such an already amazing ensemble has its risks, and MARVEL's flawless achievement of this plan confirms why they are the pioneers of great super hero films. And you're going to love these new characters. Chadwick Boseman and Tom Holland are astounding in character.

And did mention there's a sensational hero vs. hero fight scene that will leave you awestruck. Don't miss this cinematic event! And don't you dare leave before the end credits. It is a MARVEL film after all.

From Marvel Studios comes the highly anticipated “Captain America: Civil War,” the third film in the Captain America franchise and the first film in Phase 3 of the Marvel Cinematic Universe.

Marvel’s “Captain America: Civil War” finds Steve Rogers leading the newly formed team of Avengers in their continued efforts to safeguard humanity. But after another incident involving the Avengers results in collateral damage, political pressure mounts to install a system of accountability, headed by a governing body to oversee and direct the team. The new status quo fractures the Avengers, resulting in two camps—one led by Steve Rogers and his desire for the Avengers to remain free to defend humanity without government interference, and the other following Tony Stark’s surprising decision to support government oversight and accountability. 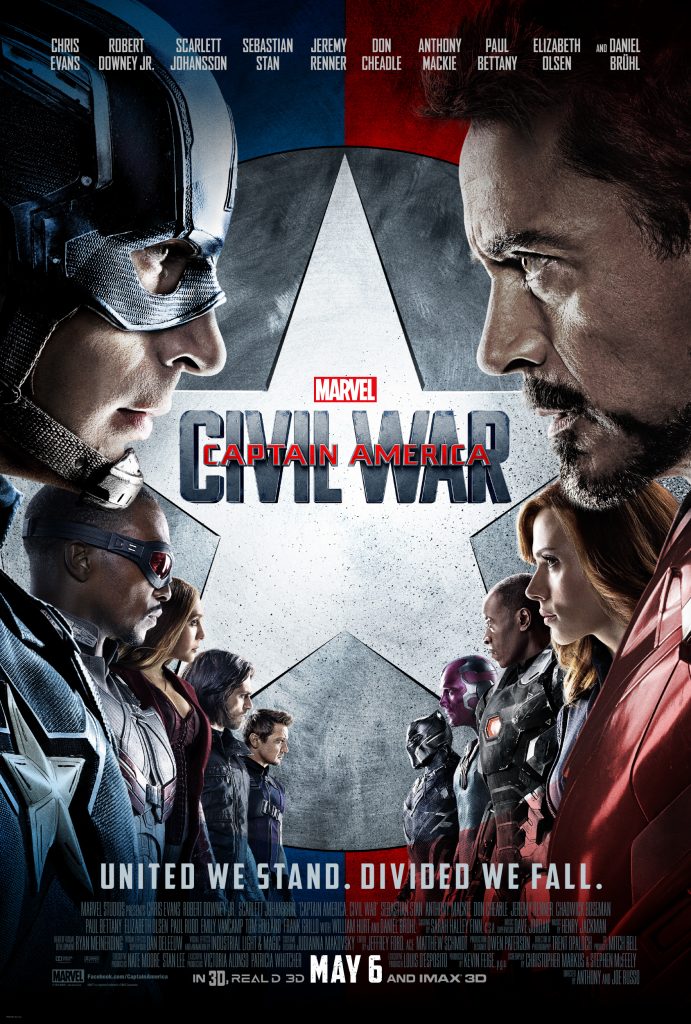