You are here: Home / Celebrity Interviews / Celebrating Parenting Fails with the Cast of Daddy’s Home

Getting the chance to sit with the cast of Daddy's Home to chat parenting advice and mishaps was a dream . Will Farrell, Mark Wahlberg, and Linda Cardellini radiated as they spoke candidly about their families, on screen and off. 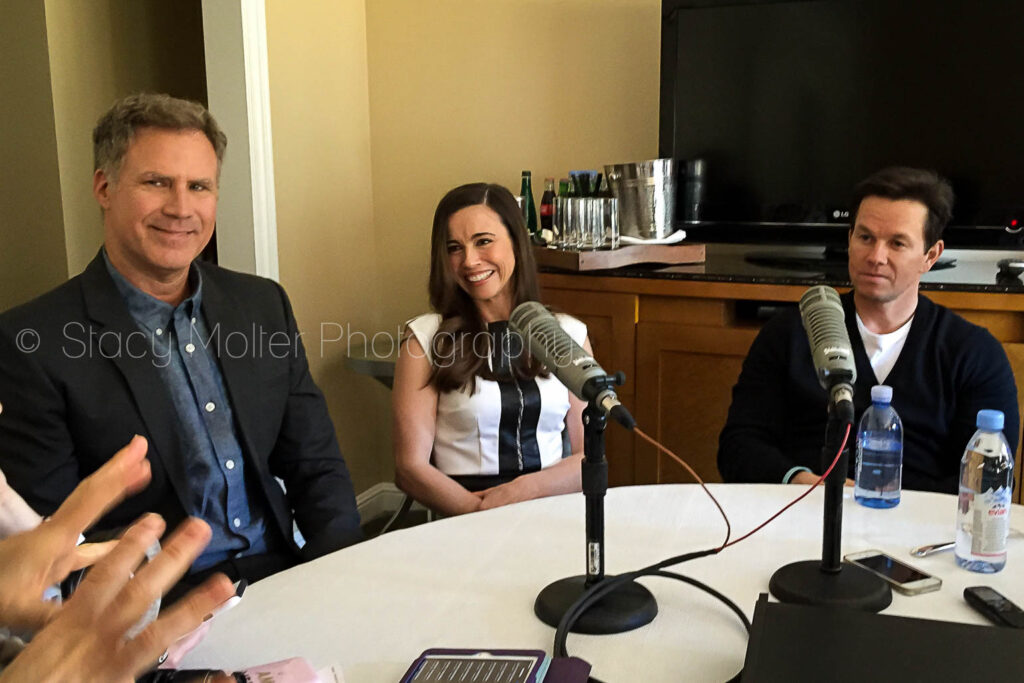 When you get to sit with actors in a candid environment you get to hear some amazing and personal stories, especially when the interview focuses on a riotous film celebrating parenting fails with some of the funniest actors in Hollywood. You can't make up these stories if you tried.

Like, can you guess whose dad dropped him off at the wrong school as a child? Who left their child at the wrong soccer field, FOR TWO HOURS?!? Or who's child would punch grownups in the nuts, and even punched the Rock (Dwayne Johnson) in the nuts?

Find out these fun facts and more from our rollicking interview with the cast of Daddy's Home below. Daddy's Home, a ridiculously hilarious film about choosing the original dad or the new dad, opens in theaters December 25, 2015.

Celebrating Parenting Fails with the Cast of Daddy's Home

Q: The movie is hilarious. How much fun was it to shoot that on the set, and what was the most fun experience?

Linda Cardellini: I loved the basketball game. When you get into movies you think you’re gonna be able to do that kind of thing, where you have this kind of special access to some kind of giant sporting event, and we did.

Will Ferrell: It was fun because the crowd had no idea. It was very crucial that I pegged the cheerleader in the head the very first time I threw the ball, because they were watching it all for the first time so there was this collective, horrifying gasp.

There was a certain kind of electricity to shooting, We had all the cameras in place and we knew we only had one take. It had this real momentum because we were doing it in real time, so that was pretty fun.

Q: There’s so few movies that portray step parenting in a positive way, that the stepparent is a good guy. What was it for you that drew you to this script and made you want to make this movie?

Will Ferrell: This whole notion of a blended family is so common now. There’s so many families who have to deal with a stepparent on either side and trying to make that work. It just felt like territory that hadn’t been explored before. It’s usually an evil stepparent.

The idea of getting to play this guy, who all he wants to do is be the world’s greatest dad, to the point where makes you nauseous. He loves these kids so much, and this family, but the kids could kind of care less. You're like, “Okay, relax. You don’t have to try so hard.” The fact that he’s this man who’s so in touch with his feelings and will cry at the drop of a hat, all those things just seemed so funny to me. 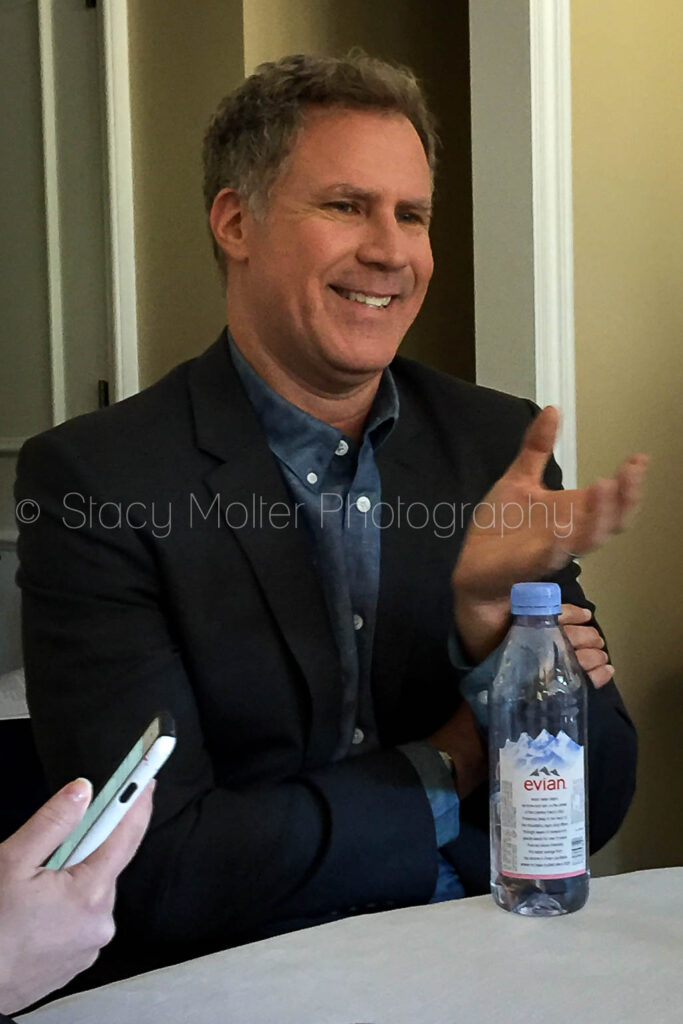 Mark Wahlberg: I’ve had quite a few. I just keep showing my kids stuff that I think is appropriate, and my wife quickly corrects me.

Will Ferrell: I dropped my oldest son off at soccer practice for about two hours on the wrong field.

Linda Cardellini: I’m a first time mother. You’re scared you’re making some kind of misstep. But I do, and she corrects me, and it’s fine. She’s three and a half and she already knows better than I do.

Will Ferrell: That’s what kind of the movie is pointing out and celebrating. The fact that as parents you really don’t know what you’re doing and you’re just making it up as you go along. Some nights you lie in bed going, “Today was a good day. There were some great teachable moments, and these are moments our children are gonna remember.” Then other days, you’re like, “Oh, I totally blew it. I totally – that was not good. Yeah. I have no idea.”

I think floundering in that, and the fact that these three characters learn to work together and figure it out, is kind of the message of the movie. It doesn’t matter what method you use, as long as you approach the rearing of children with love, respect, and everything like that, it’s all gonna work out.

Q: Linda, what was it like for you to work between these two guys, because you balanced the film.

Linda Cardellini: It was great. What a lovely position to be – between these handsome, funny gentlemen. I mean, it’s a dream. 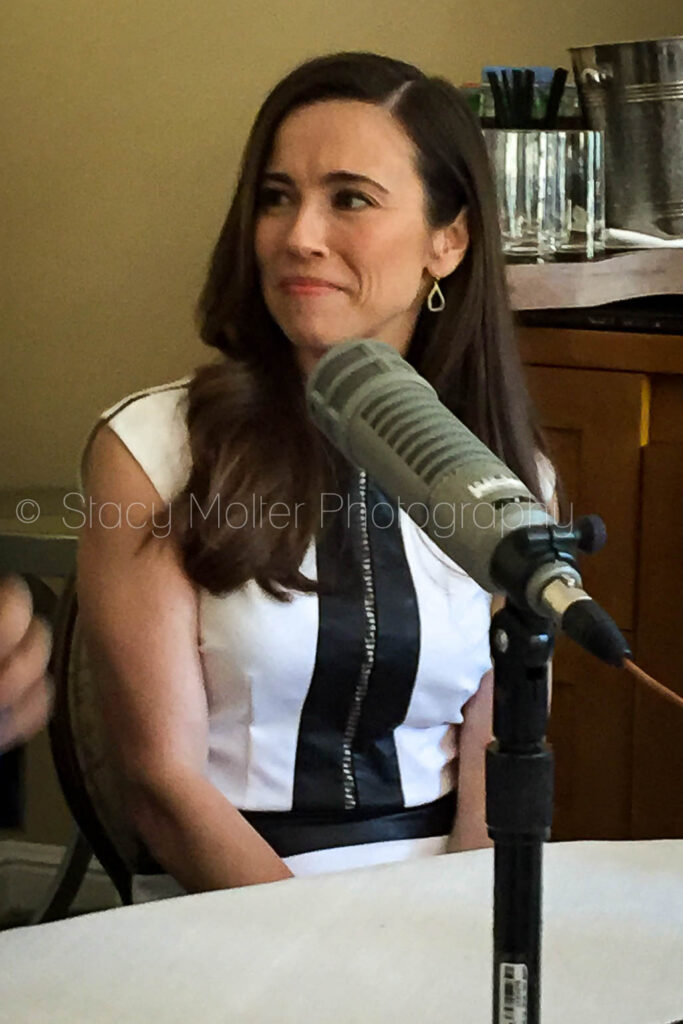 Q: What about the dance off, Mark? Were any of those your own moves?

Mark Wahlberg: On film, I hate dancing and singing. Those are my least favorite things to do. I get a little self-conscious when it comes to that. But Will made me feel very comfortable. He just dives right in, he’s got no shame whatsoever.

They wanted me to work with a choreographer and I convinced them to hire my friend, but I would never rehearse with him. He’d sit outside my trailer going, “Hey, man, we gotta work on this. We gotta do this.” And I’m like, “No.” Then I just kind of winged it on the day. It was one of those scenes where it ends up being one of the great endings of all time, the daddy-daughter dance – pretty, pretty spectacular.

Q: Do you guys have any advice for anybody that’s going to become a stepparent? From the side of the dad and the new stepparent?

Will Ferrell: We went off during Labor Day weekend with three or four families down to La Jolla. One of the dads kind of was like, “I saw a trailer for your movie. Oh, my God, I can’t wait to see it. But I almost started crying during the trailer, ‘cause I’m the step – I – that’s me.” I said, “Oh, my gosh.” He said, “Finally, my story is being told.”

Q: I was wondering about the fight scene. Have you taught your children to fight?

Mark Wahlberg: Luckily my kids haven’t gotten in any fights yet. There was only one reported fight at school.

My youngest son, he was very frisky. He was punching people in the private areas, but big people, grownups. He came to visit on the movie that I was doing with the Rock, and the Rock was so nice. He said, “Oh, your kids are coming?” I said, “Oh, yeah, they’re huge fans, man.”

He brought over all these toys from WWE, wrestling figures and all this stuff. He came in the trailer, and my oldest son, Michael, he gives him a high-five. Then he goes to Brandon and goes to give him a high-five, and he went ‘boom’, and punched him in the nuts. He went down and he’s like, “Yo, Dude, what the…”

But they haven’t gotten in any conflicts at school, which is good. 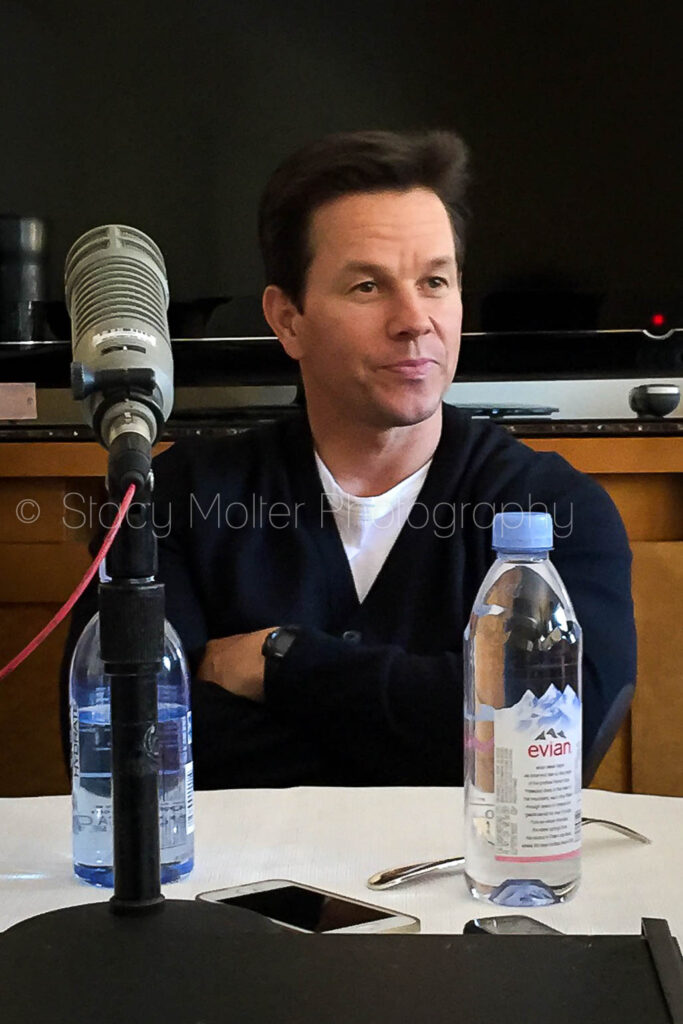 Q: Have you discovered something new about being a parent, about yourself?

Linda Cardellini: I think the one thing I realized when I first became parent is you suddenly see things, you stop seeing things from the child’s point of view and you start seeing them from the parent’s point of view. It’s just a totally different thing.

You sort of glorify your parents and think they know all the answers. Then you realize when you have your own child, “Wow, they were just people doing the best that they could.” I think that’s what the three of us are doing there. We’re trying to fight for family in the best way we know how.

Will Ferrell: I’ve found that I’m too giving as a parent. I’m probably the opposite in the sense that I thought I would have it all figured out, and I’d probably be pretty easygoing. I’m the one who’s like, “Please put it down. Please put it down. Put it down now.” I have to sometimes just relax, and have patience. I’m always trying to work on the patience.

Mark Wahlberg: For me, I get so much joy watching them grow. They’re doing things, and they have opportunities that I never had. My wife had a picture last night of my two sons in the bed. They have their own room, which was something I always wanted to give my kids, and they don’t even want their own room. They just want to sleep together, in the bunk bed, or share a bed.

We let them go and get something at the store, and they bought these little lights so they could read in their bed at night. I never read. If I wasn’t sneakin’ out the window, we were doing something else bad. They’re good kids, and that brings me a lot of joy. 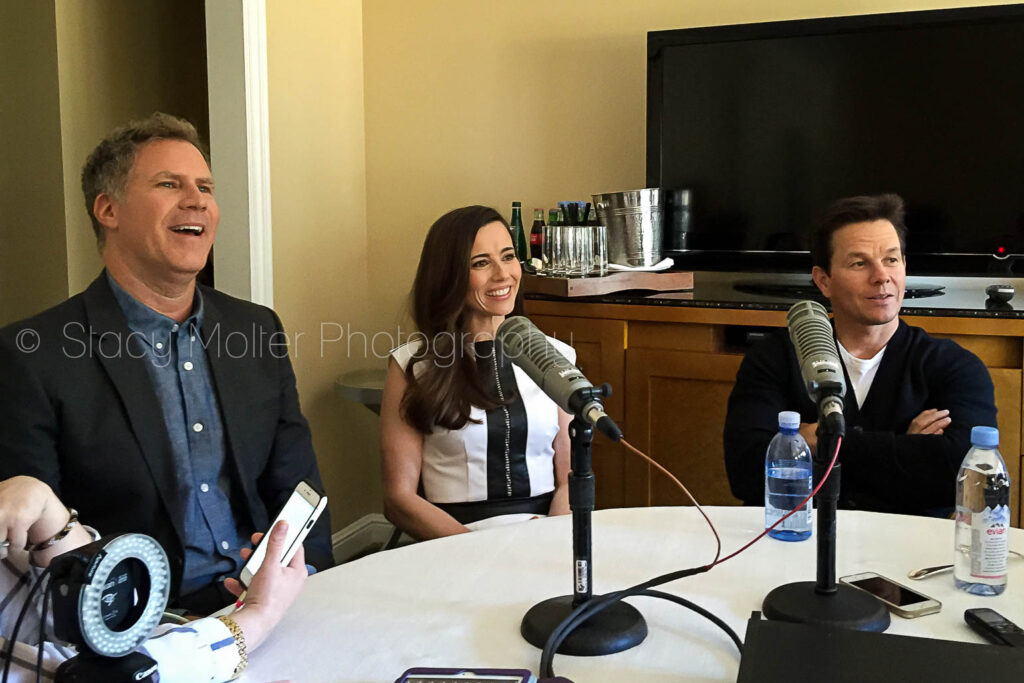 “Daddy’s Home” follows a mild-mannered radio executive (Ferrell) who strives to become the best stepdad to his wife’s two children, but complications ensue when their freewheeling and freeloading real father (Wahlberg) arrives, forcing him to compete for the affection of the kids.

Portions of this material have been provided by Paramount Pictures.