Recently, I had the opportunity to get a sneak peek at some scenes from Dreamworks' upcoming animated movie “Trolls,” starring Anna Kendrick and Justin Timberlake, and to learn more about the creation of the Trolls soundtrack. The scenes we saw were incredible, funny, colorful, and to put it simply: just made you feel good and want to dance! 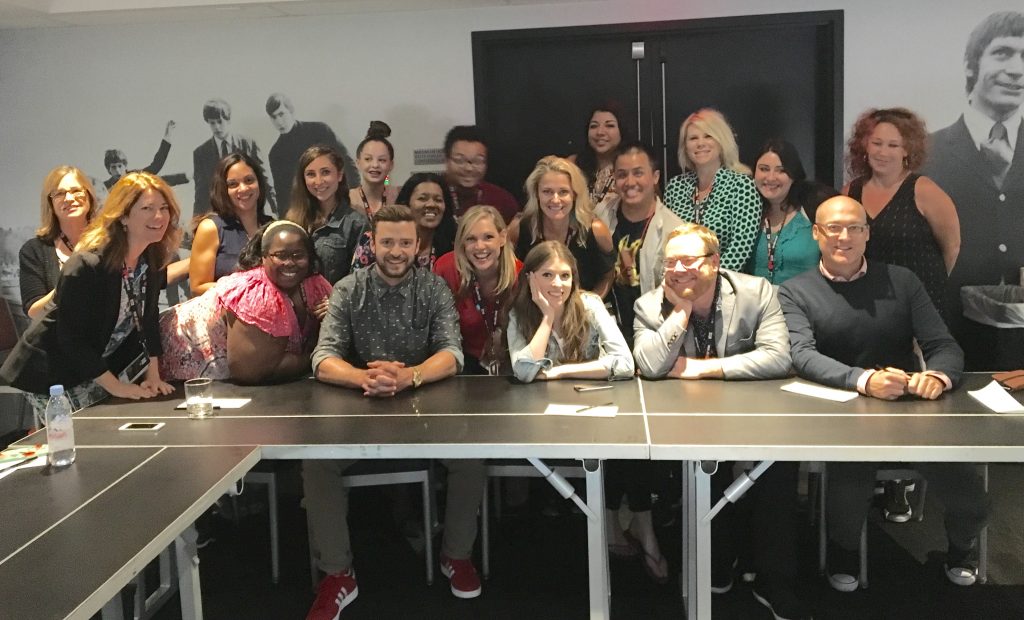 See also: DreamWorks’ Trolls Justin Timberlake and Anna Kendrick Find Their True Colors as the Voices of Branch and Poppy

During our sneak peek at San Diego Comic Con, we were able to learn more about the characters of the movie, and hear many of the beautiful original songs as well as covers like ‘Sound of Silence” below, which are interwoven into this jukebox musical.

The above video is just a small taste into the wonderful characters of the film, Poppy played by Kendrick, and Branch played by Timberlake. The colorful world of “Trolls” comes to theaters November 4th!

Q: How did the world of Trolls come to be; the colors, the singing?

Walt Dohrn: That was a super joy for us, the singing. I know you did a little music before in some of your other movies [speaking to Timberlake], but to this extent was something new for me for sure.

Justin Timberlake: Yes, it was cool.

Walt Dohrn: It was nice to be able to go to work and just go, “Oh, Justin's here today? He's doing the singing? Ah.” Sometimes, because it was so fused to the narrative, sometimes we'd be like, “Justin, here maybe Anna could sing with a little bit more urgency because she's really —

Walt Dohrn: Yes, exactly. Maybe put some urgency here, but for the most part we just listened in. 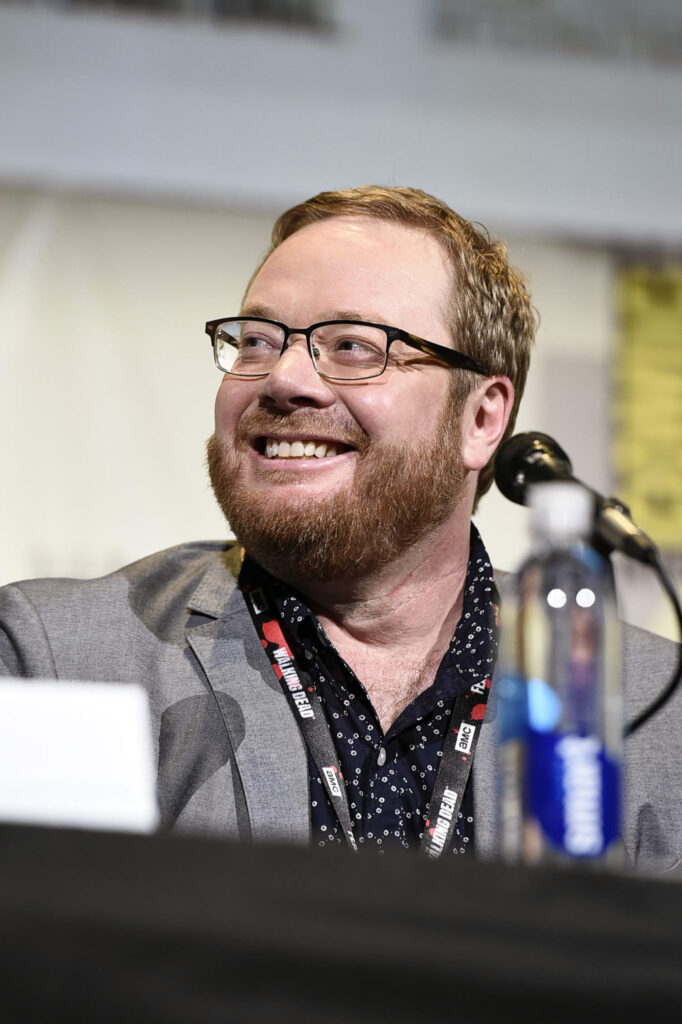 Q: Can you elaborate a bit on how you [Timberlake] built the music around the story?

Justin Timberlake: Well for instance, “Can't Stop the Feeling” was written specifically for a big, big moment in our movie where, without giving too much away, it's sort of the triumphant peak of our movie.

The other thing is when I first came on, there were songs that were – I don’t know if you guys know what the clearance process is like for getting songs cleared, but it's like crazy.  They had already cleared “True Colors,” and they had cleared “Sound of Silence,” and cleared Lionel Richie's “Hello”, not Adele's.  Lionel Richie's “Hello.”

There were certain songs that actually, they were pitched in because there were great comedic moments or, like you said, more, I don’t know how you could find a song better than “True Colors” – I could not. If I was to have to write a song for that, it would be like, uh-uh, I'm not your guy.

After I heard the “True Colors” one, because it's just so perfect, it fits so perfect, and like you said, if it gave you that feeling, that's how you know.  There's so much you can do with music.  You can really just transform anything in a movie with music. 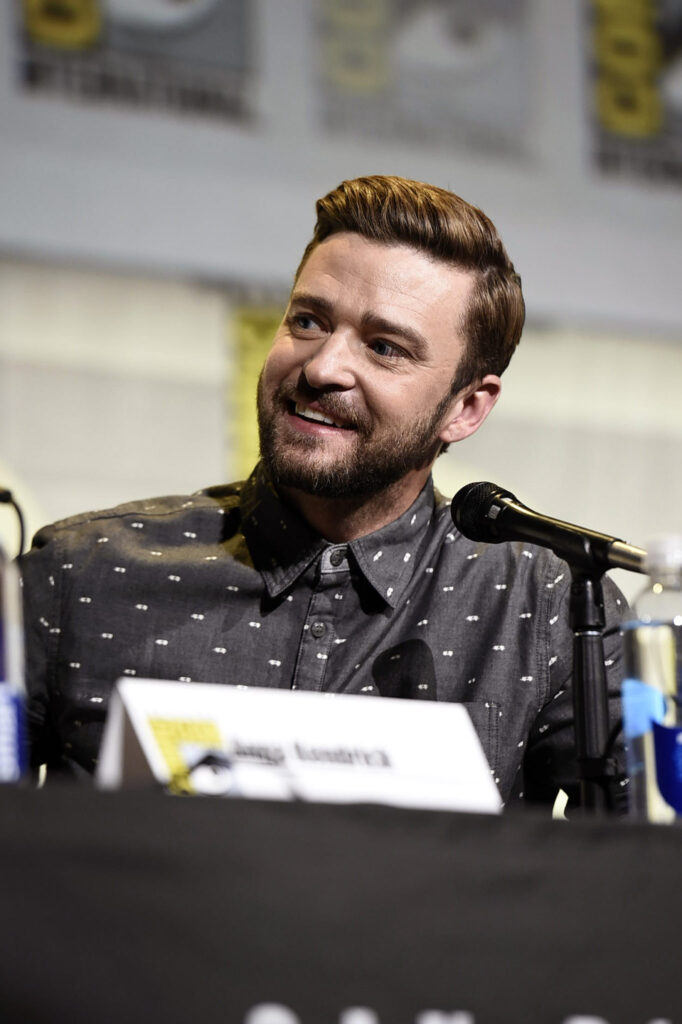 The other thing is, I wanted to take a modern approach.  So with something like “Can't Stop the Feeling,” I kept referencing Saturday Night Fever when we had our first meeting for the soundtrack, or Grease, or kind of the same era. Like urban cowboys. Saturday Night Live. Saturday Night Fever. Why do all three of those have John Travolta?  Why John Travolta? Subconsciously I just realized that. Those movies where the soundtrack was sort of fed the movie in such an exciting way.

To me, this movie, when you look at the post, you're like, oh.  The first word that comes to my mind is pop.  The colors pop.  The vibe of the movie, it pops.  Literally, our hero has “pop” in her name.  I just felt like I wanted to make the soundtrack and everything in the movie feel like something you could hear on pop radio.

Q: Can you let us know more about the animation of Trolls?

Mike Mitchell: Our production designer, Kendal Cronkhite, she's amazing. She did all the Madagascar films and we've known her for years and years. She worked in stop motion, too. James the Giant Peach.

It's the technology. I don’t know if I've already given this information before, but the technology of CGI and computer animation now is you can make this look exactly like this.  You can build anything in a computer and make it so realistic.  There's a favorite DreamWorks film of mine, How to Train Your Dragon, and their skin is so real.  You see their pores, and it's like almost like you taste salty.

It's great that things look realistic, but we tried to take that technology and do something different. We built a very realistic forest, but then we applied different textures to it, like felt and, and our trolls look like gummy bears.

It was really exciting for us to take natural fibers and do this look that we hadn't seen before in other films. 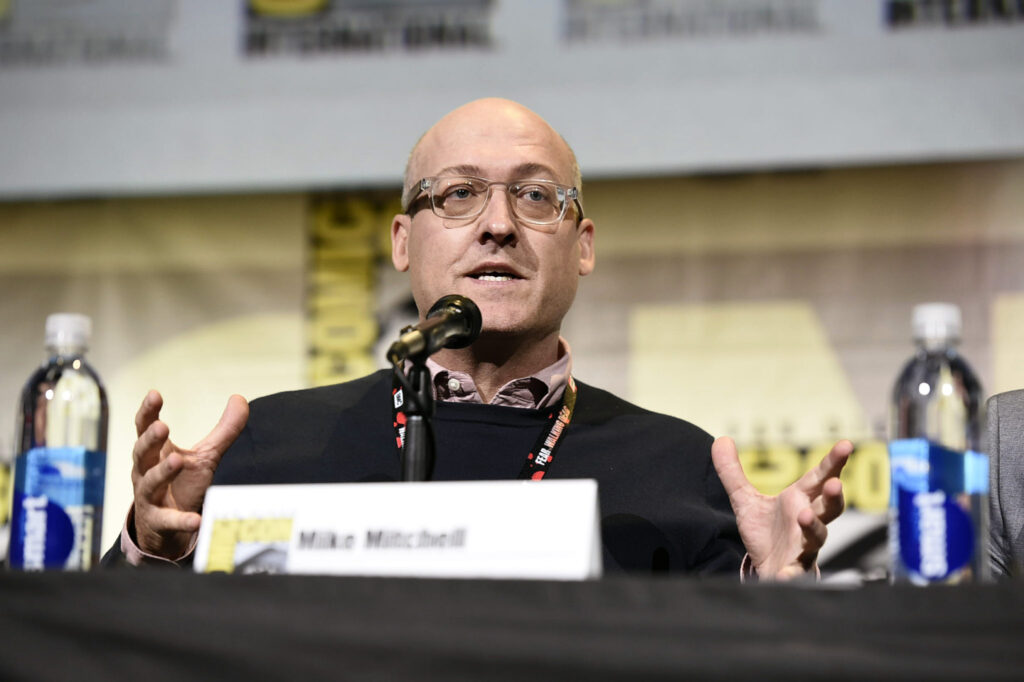 Q: Where did you pull your inspiration from in designing the look of the film?

Gina Shay: We based our design language on Scandinavian modern really, and so our shapes are big and round. Our characters are round, but then we brought in the trolls hair and brought that into all the landscapes, except for the Bergens [the bad guys of the movie].  It all has a '70s feel to it, as well.

We took from shag rug and roller skating and brutalist sculpture and all these different kinds of things. 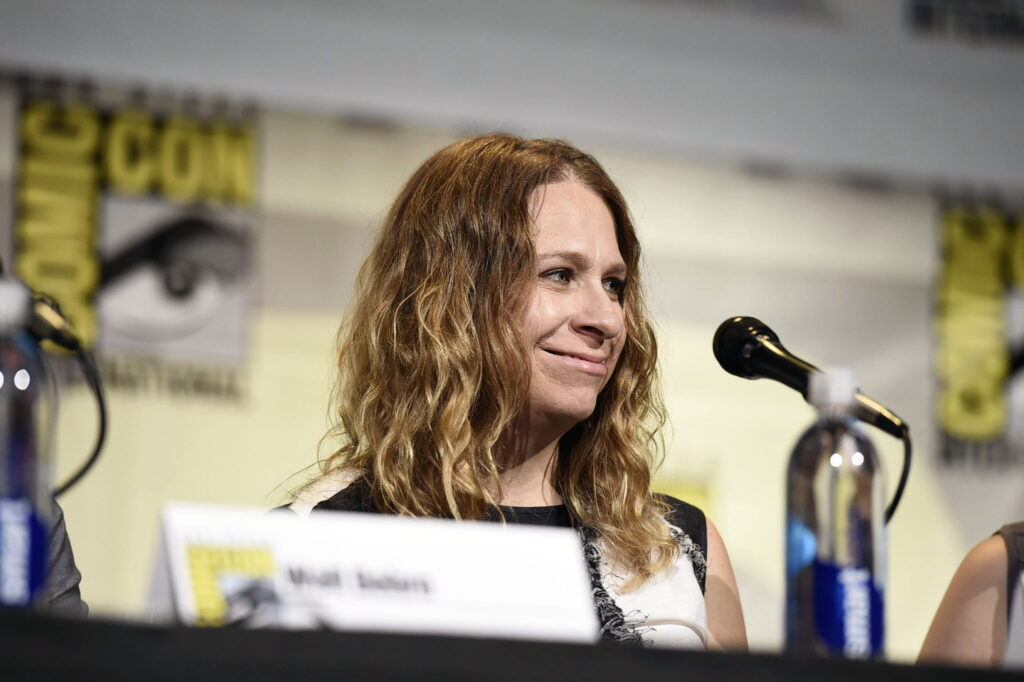 Anna Kendrick: I think Justin had some of this pitch, as well, and I don’t know if we've seen different things, but when we were pitched the movie, we were treated to a real walk-through of all these different inspiration boards. I hope a lot of the material is going to end up as bonus footage on TVs and stuff, because I was so blown away by this presentation. I was like, “You guys should go on the road.” Because it was just really fascinating.

It's really amazing and you realize how small my part in this process is, and how many artists are working on every single frame. It was a humbling and awesome experience, so I hope that stuff ends up available. 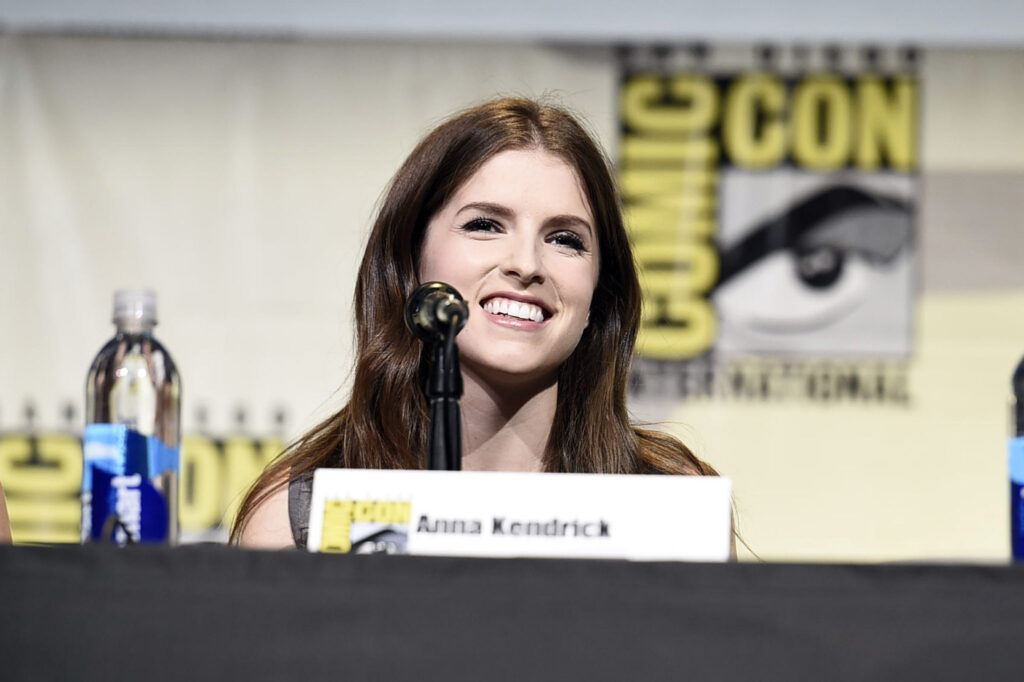 From the creators of “Shrek” comes the new movie “Trolls”, which tells the story of the optimistic and colorful Troll population who have to  face the grumpy Bergens (who are only happy when they can eat a Troll). It is a jukebox musical full of fun covers and original songs. The film stars Anna Kendrick, Justin Timberlake, Russell Brand, James Corden, Kunal Nayyar, Ron Funches, Icona Pop, Gwen Stefani, and John Cleese. 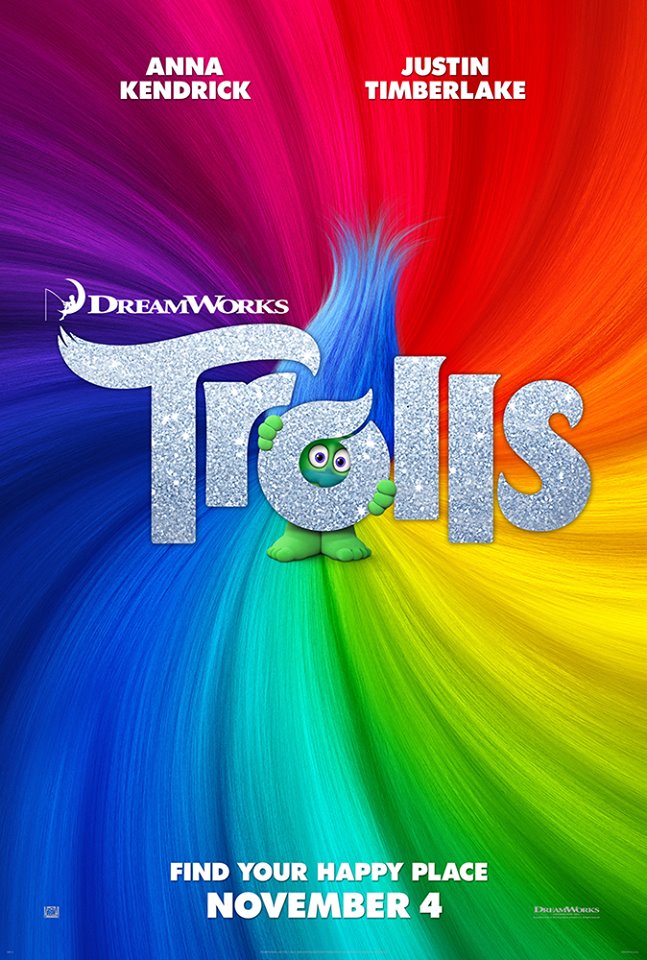 Portions of this material has been provided courtesy of 20th Century Fox & DreamWorks Animation.