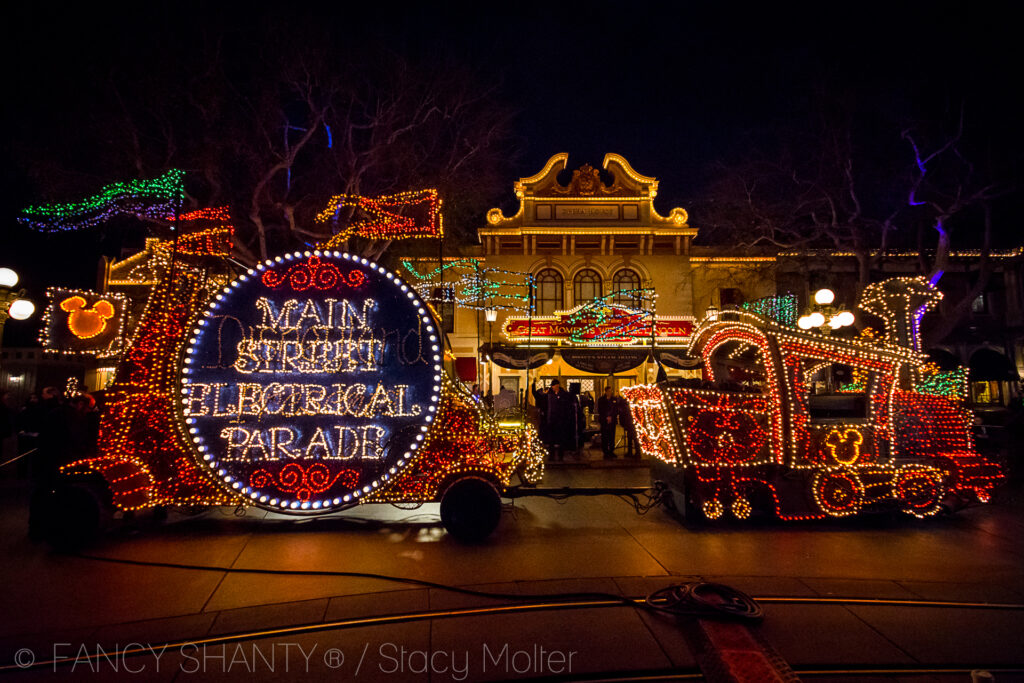 To say I'm excited for the return of the Main Street Electrical Parade is an understatement. I fondly remember as a child when our school band was invited to march down Main Street U.S.A., watching the Main Street Electrical Parade after our performance. Sitting on the curb along Main Street U.S.A. with a lollipop in hand, watching the larger than life floats roll by was AMAZING! Now, our children have the opportunity to make the same unforgettable memories I have, and  I couldn't be more excited for them!

Some of the parade's most impressive scenes are the 18 1/2 foot tall Clock Tower looming over Cinderella's Ball, Elliot, the smoke-breathing dragon from ‘Pete's Dragon,' and the 118-foot long finale unit, a red-white-and-blue tribute to America.  Main Street Electrical Parade Dining Packages, including reserved viewing of the parade, are available at www.disneyland.com.

By the Numbers: Fast Facts on the Main Street Electrical Parade

The spectacular pageant of nighttime magic has some fascinating numbers. Here's a closer look at the legacy of the Main Street Electrical Parade.

In addition to the return of the Main Street Electrical Parade, don't miss your chance to check out the limited-time Lunar New Year Celebration going on now through February 5th at Disney California Adventure Park. The Lunar New Year Celebration invites guests to experience Chineses and Vietnamese cultures through a variety of live performances, fun-filled activities, beautiful decor, and all-new menus inspired by the cultures of China, Korea, and Vietnam.