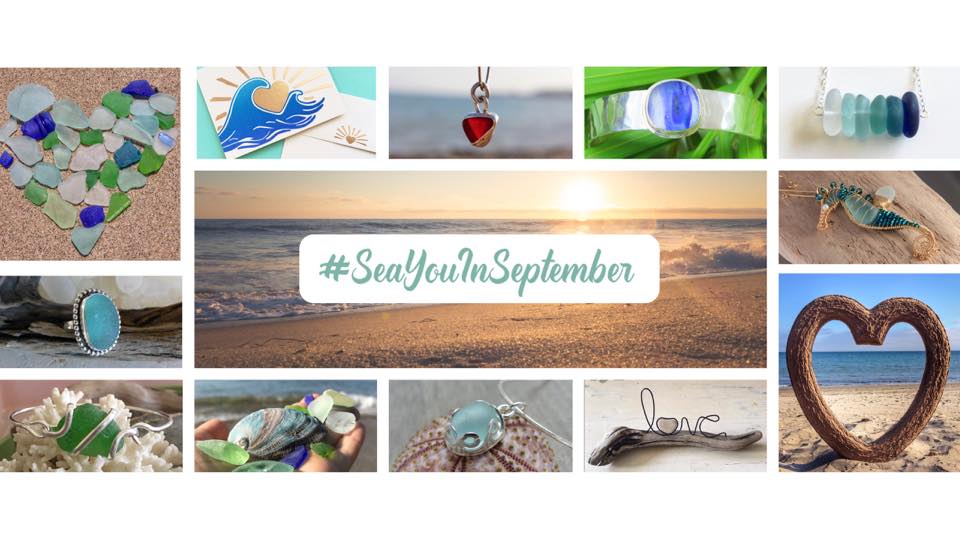 The Santa Barbara Sea Glass and Ocean Arts Festival features over 40 juried sea glass and ocean artists, both local and from all over the country, as well as interesting speakers, creative workshops, contests, educational aspects, music, food and more!

Housed downtown in a former hardware store, sea glass artists, collectors, and enthusiasts came from all over the country, braving long lines, large crowds, and record-breaking heat without air conditioning. Despite the hot weather, everyone kept their cool and marveled at all the sea glass goodies that were available from nearly 30 sea glass artists. By the end of the weekend, the Carpinteria Sea Glass Festival was reviewed as a rousing success, with over 4,000 guests attending in its very first year!

Despite that success, the message from many guests was clear. The festival needed a new space. The perfect location was waiting like a bright blue bottle stopper, just fifteen minutes up the road, in beautiful Santa Barbara. Ideal in so many ways, the vote to move it to the Earl Warren Showgrounds was unanimous, and the Carpinteria Sea Glass Festival became the Santa Barbara Sea Glass & Ocean Arts Festival.