You are here: Home / Homeschooling / Giraffe Facts for Kids

We're celebrating the debut of face-to-face giraffe feedings at the Los Angeles Zoo with these fun filled educational giraffe facts for kids for grades K1 through grade 3. Do you know the range and habitat or the diet of the giraffe? Test your knowledge below, and learn how you can get up close and personal with on of the Masai giraffes at the Los Angeles Zoo. 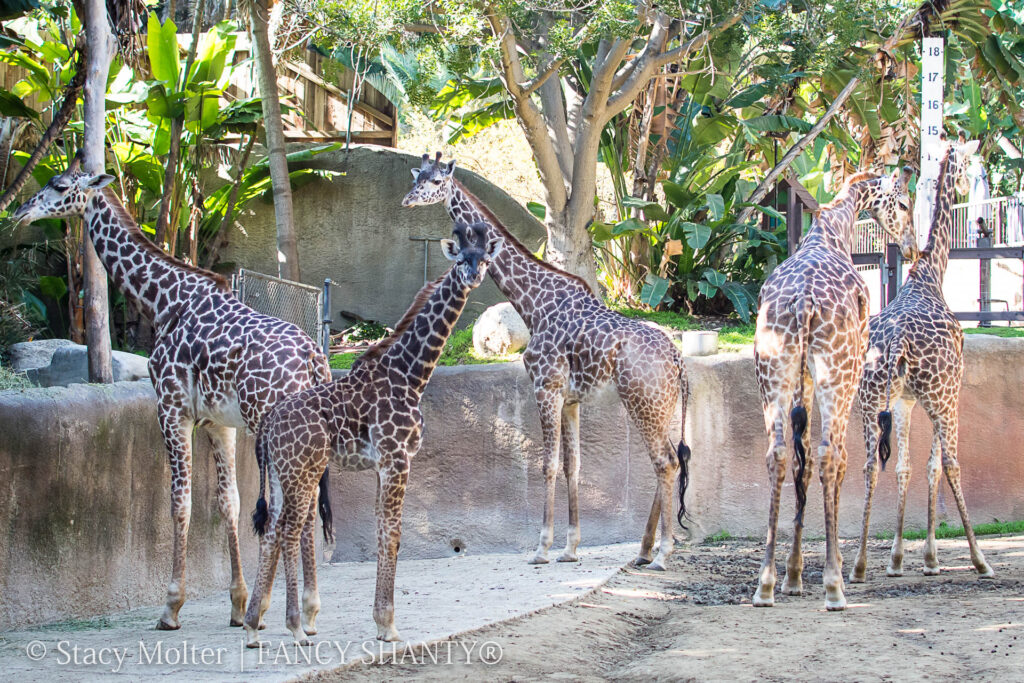 What's it like to stand face-to-face with a giraffe? Find out daily at the Los Angeles Zoo's new interactive Giraffe Feedings at 11 am and 2:30 pm, which officially debuts this month as part of the Zoo's yearlong 50th anniversary “ZooLAbration.” At Giraffe Feedings, guests learn about the world's tallest land mammal from Zoo Education Specialists, who share facts about the Masai giraffes' daily lives at the Zoo, where they can eat 70 to 80 pounds of up to 100 different species of plants a day and feed for 16 to 20 hours.

Standing 16-20 feet tall, giraffes have always been a favorite as they tower over our guests,” says Dan Keeffe, Curator of Education. “But now at the L.A. Zoo, guests of all ages can get up close and personal with one of our Masai giraffes, look into her eyes, and even hear her snort. When she extends her 14-inch long tongue to grab the food right out of your hand, it’s an unforgettable experience that fosters a deeper connection to a species that needs our help.”

Giraffe Feedings are $5 per person with paid Zoo admission, which is $20 for general admission (ages 13 to 61); $17 for seniors (ages 62+), and $15 for children (ages 2 to 12) for non-members. Guests can purchase tickets (cash only) for the Giraffe Feedings at the exhibit just prior to start times for the activity, which is subject to weather-related changes, especially on rainy days. 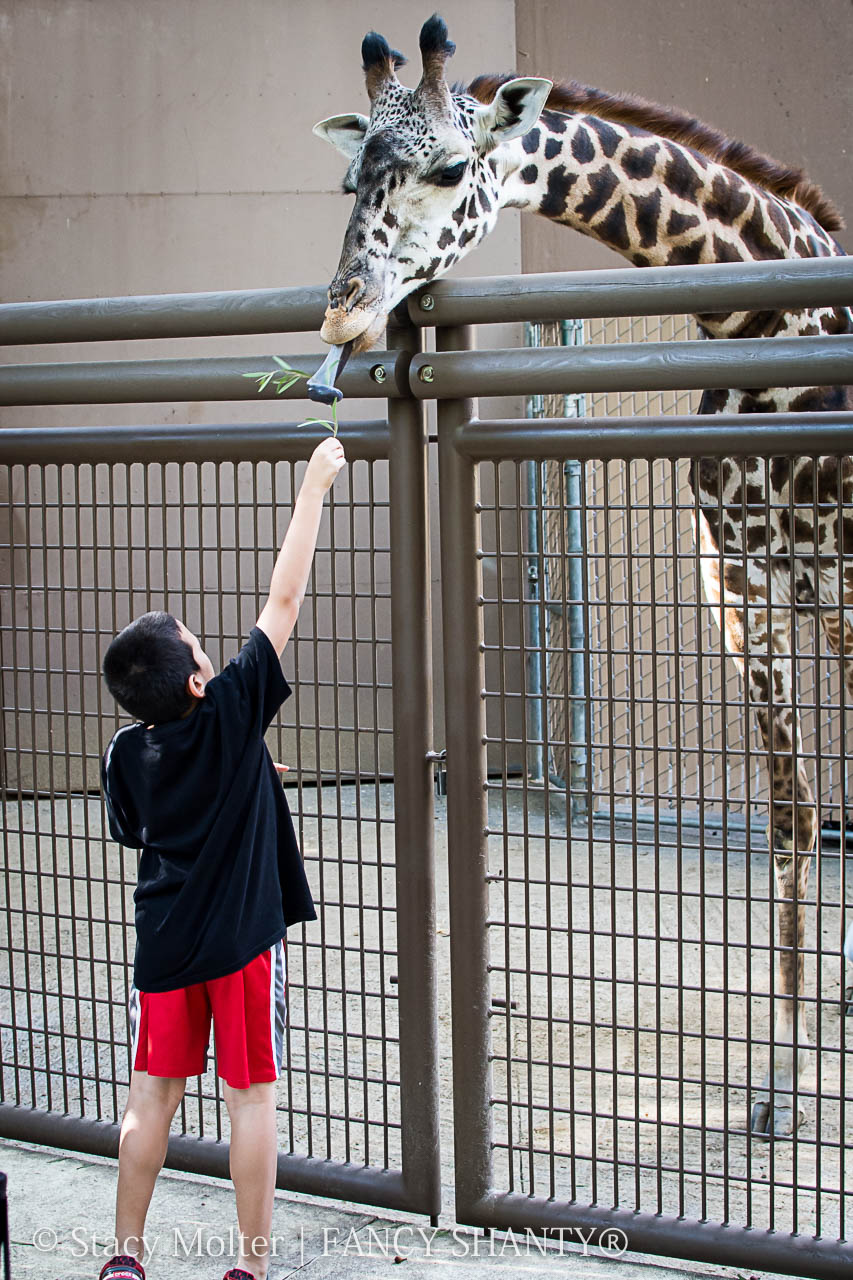 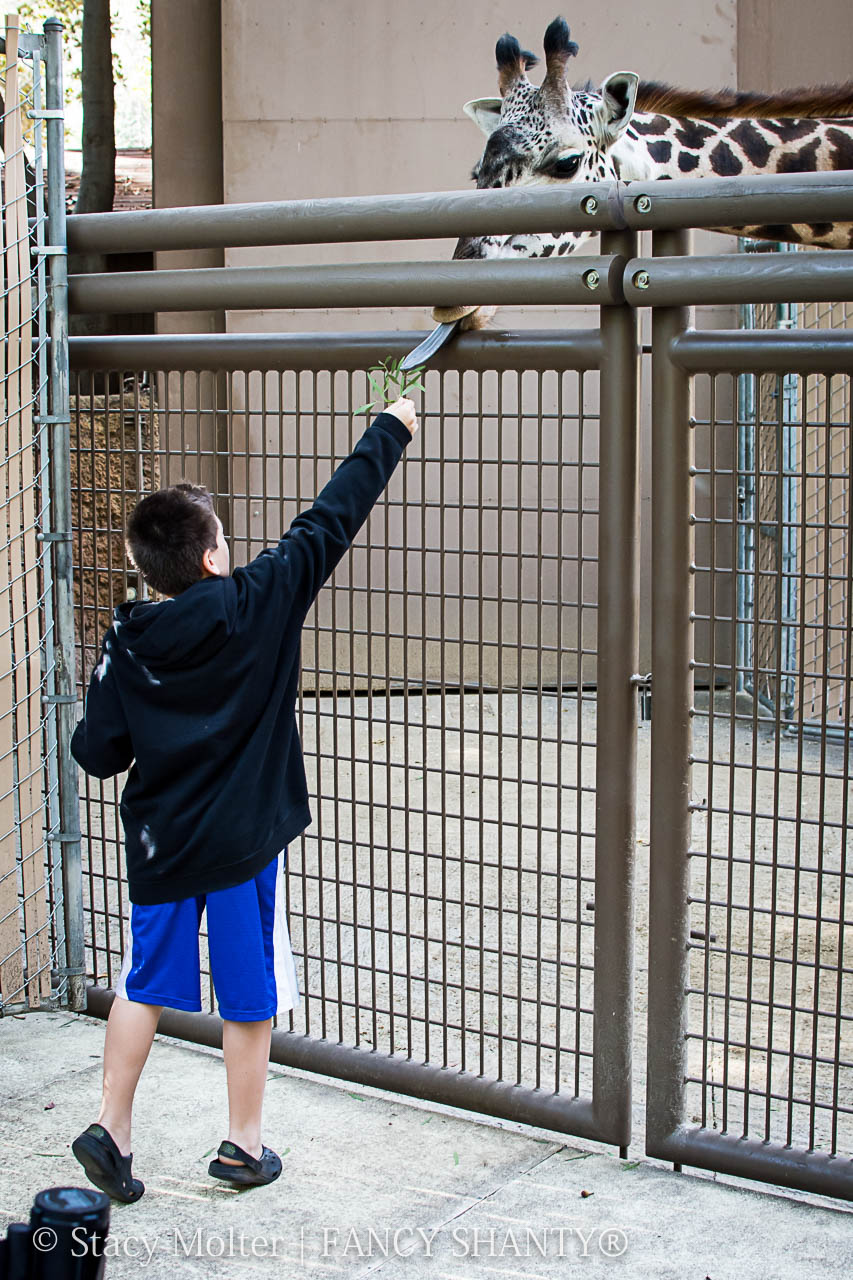 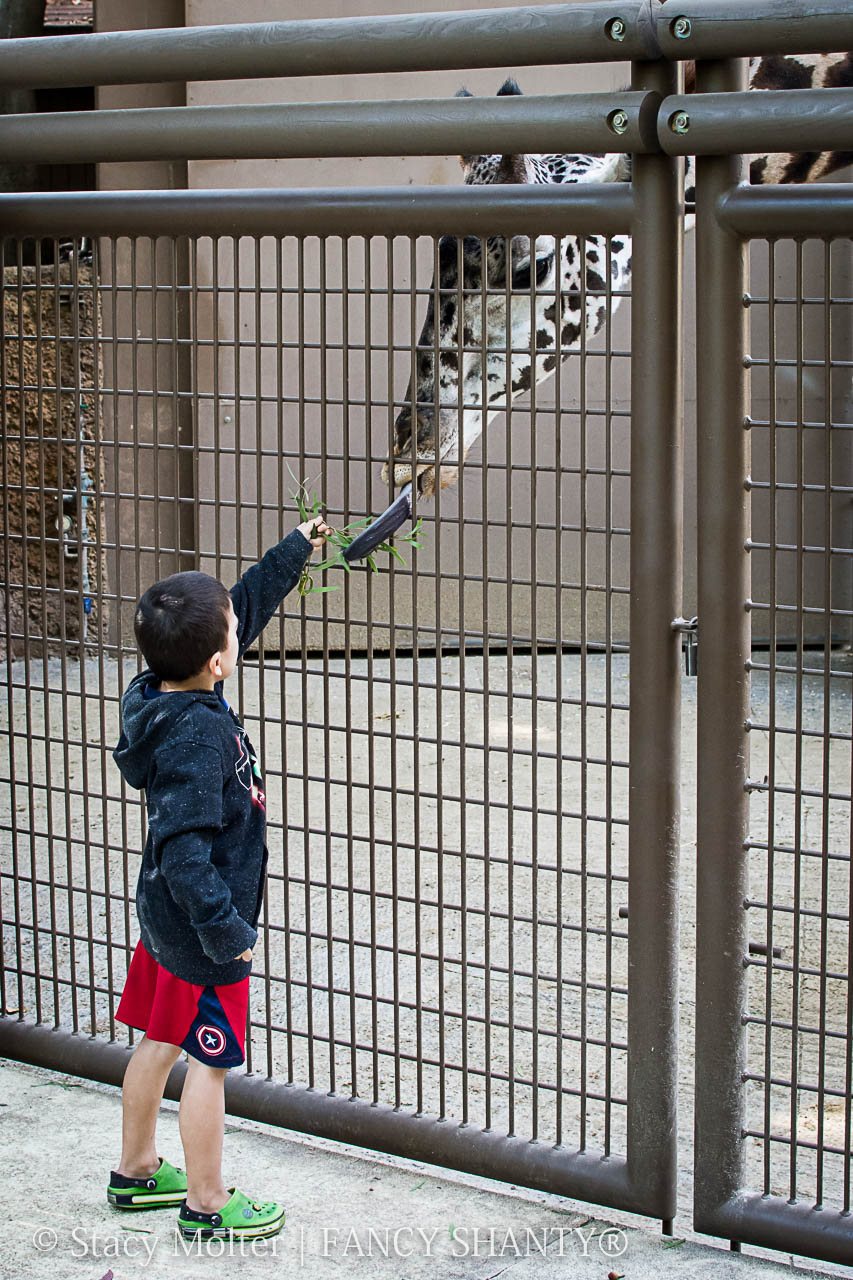 And when we say up close and personal, we mean it. You can't get any closer than this face to face feeding with the world's tallest land mammal, the giraffe.

Curiouser and curiouser. I even made a new friend at the Los Angeles Zoo. Though I'm not sure who was more curious of who. 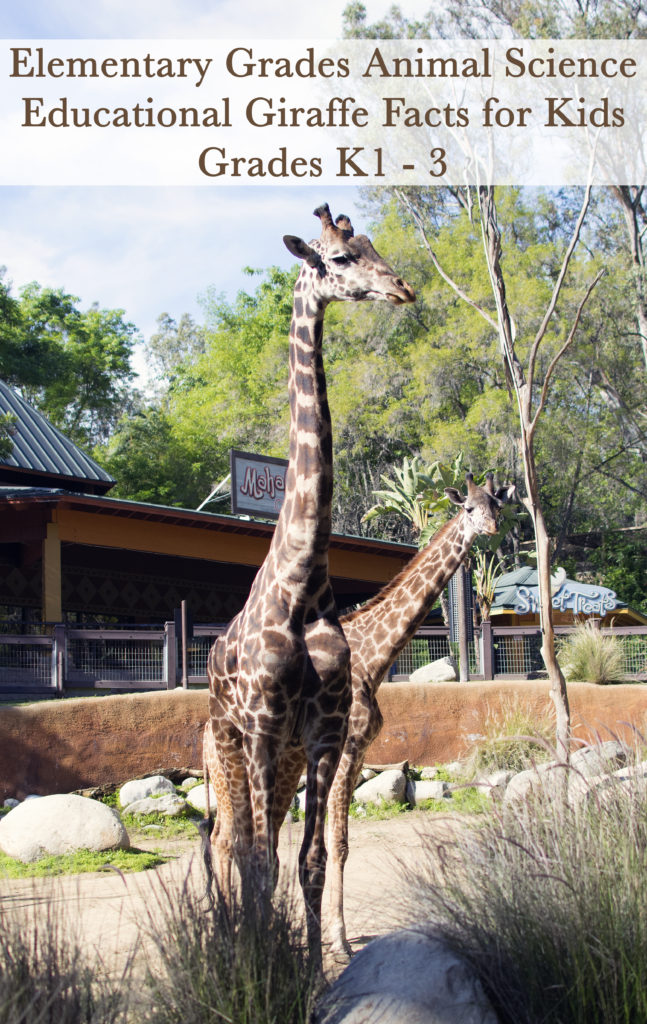 Did you know? A Giraffe's tongue is black. The giraffe's patches or spot patterns are as unique as human fingerprints. Giraffes can spend 16 to 20 hours a day browsing on leaves, twigs, bark, flowers, and fruit from more than 60 different plants. Giraffes can even go without water for several months if they have enough fresh browse. Check out these and many more giraffe facts for kids in the notes below.

Giraffe formerly occurred in arid and dry-savanna zones of sub-Saharan Africa, wherever trees occur. Today, its range has contracted markedly with the expansion of human populations, especially in West Africa.

Giraffes can eat 70-80 pounds of leaves a day and feed 16-20 hours. They eat up to 100 different species of plants, which at the Zoo include acacia and mulberry.

9 More Things to Know About Giraffes

We hope you have enjoyed these giraffe facts for kids and are encouraged to go out and learn more about the world's tallest land mammal.

Portions of this material have been provided courtesy of the Los Angeles Zoo.