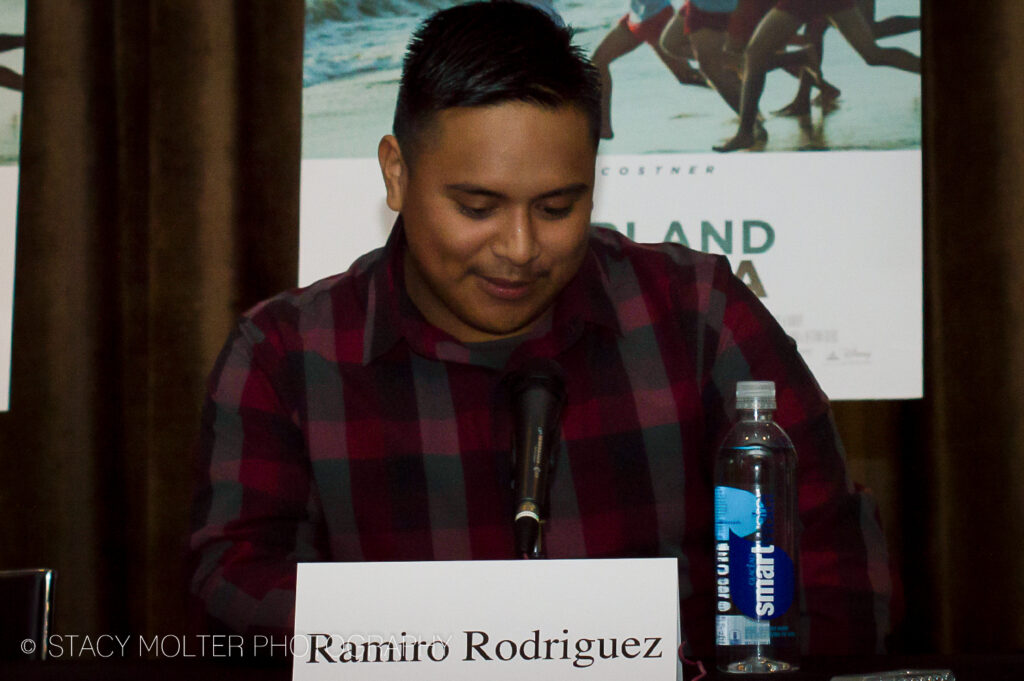 Much like Danny Diaz, Ramiro Rodriguez faced this new challenge, the challenge of making his first movie, with determination and heart which emanates from the screen. 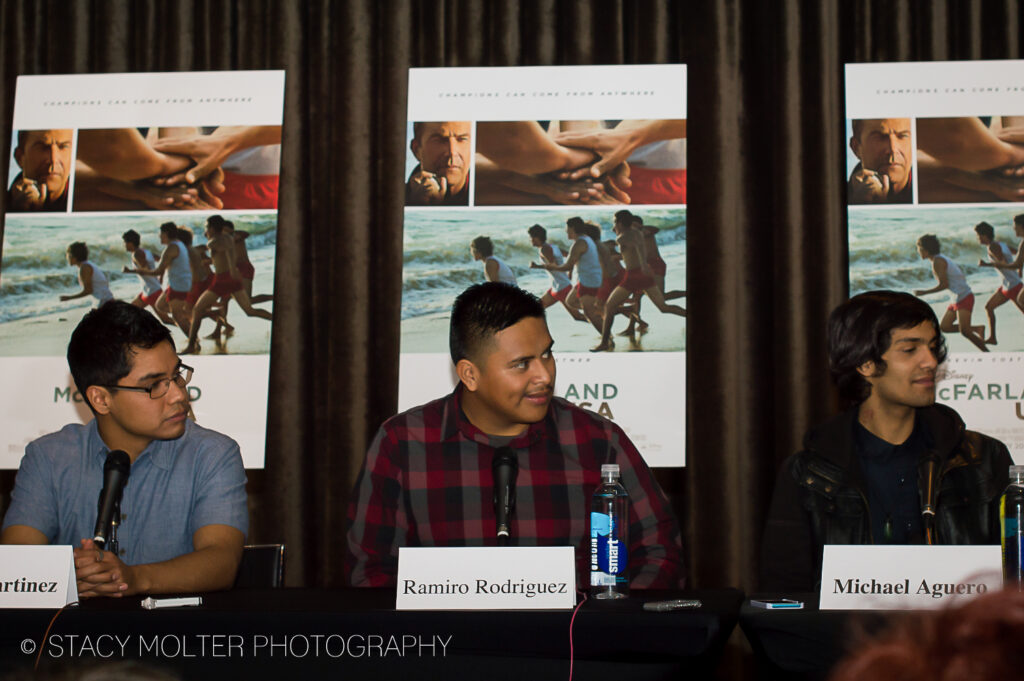 Ramiro sat 1:1 with me as we talked about challenging ourselves to try new things (ironically this is his first film and my first 1:1 interview, ever), getting a part he never intended to audition for, and why it's important to share Danny's story with kids everywhere. ‘McFarland, USA' is rated PG opens in theaters February 20th, 2015.

Q: Congratulations on your first motion-picture debut. I have to ask, how was it seeing yourself on the big screen for the first time?

Ramiro Rodriguez: I remember we had a screening, the movie wasn't done yet, but I was so shy I would duck down in my seat. I was like ‘Oh, is that me?' Now that I've seen it more, I've got more used to it and I'm proud of the work I put into it.

Q: Seeing your personality right now, you’re so upbeat, and Danny Diaz is funny and upbeat. What other characteristics did you find similar to your character?

Ramiro Rodriguez: The fact that he [Danny Diaz] never gave up. My parents always taught me to never give up, and I think I carried that with Danny Diaz.

Danny Diaz was always looking for something to do, he joined the cross-country team, and I'm kind of like that too. If there's something new, I'll do it. There's nothing wrong with challenging yourself and trying something new. I think that's a characteristic I put into Danny, that came our really well.

Q: Do you think it was easier for you to play Danny Diaz, to be true to his real-life character and charm, since you knew him personally from your time at McFarland High?

Ramiro Rodriguez: Kind of, and I think it was a personality match up with me and him. When I talk to some of the guys, Carlos [Pratts] especially, he said ‘Dude, I knew you were Danny since you walked in. Your vibe. You just played for Danny.'

And having Danny Diaz as my counselor, I already knew he'd be joking around and I'm kind of like that too, so we had a lot of things to connect.

Ramiro Rodriguez: At the beginning, we didn't even think it was me. It was just a pinpoint to him and a guy from Texas. One morning, before I had to work, my cousin called me to say he didn't get the job.

Then time went on, one morning my phone rang. It was the casting director. She said Niki really liked me and I got the part, and asked if I was willing to do it. It was so crazy. I really ended up liking it, and trying it, after they pushed me to try out. So I accepted.

I had an acting coach for only 3 weeks, I was so lost, but I think I found my way just me being me. I found a new hidden talent in me.

Q: Danny Diaz changes quite a bit over the course of the film, from the kid who no one wanted on the team to the kid who reached glory. Why do you think it's important to share Danny's story with kids these days?

Ramiro Rodriguez: Kids these day encounter a lot of bullying. Me, myself, I bullied myself, and the teammates bullied me because of my weight. What better way to show them they're wrong then by your actions?

When kids now days get bullied, they feel like they let themselves down, and the character Danny Diaz can really change that. You don't have to talk back to the bullies, but you can show them later what you can do. I feel like a lot of kids should pick that up.

Q: What’s your favorite moment or scene from the movie?

Ramiro Rodriguez: My favorite moment from the scene was at the end of the day when the team cheered me on. It was an accomplishment to myself knowing that I stuck through it and didn't quit, and all the hard work really payed off. As a character that really, really helped me out.

At the end, I wasn't the slowest one. I was the one that was determined and never gave up. That was a beautiful scene. I love that scene. That was probably one of my favorites.

Inspired by the 1987 true story, “McFarland, USA” follows novice runners from McFarland, an economically challenged town in California’s farm-rich Central Valley, as they give their all to build a cross-country team under the direction of Coach Jim White (Kevin Costner), a newcomer to their predominantly Latino high school. Coach White and the McFarland students have a lot to learn about each other but when White starts to realize the boys’ exceptional running ability, things begin to change. With grit and determination, the unlikely band of runners eventually overcomes the odds to forge not only a championship cross-country team but an enduring legacy as well. Along the way, Coach White realizes that his family finally found a place to call home and both he and his team achieve their own kind of American dream. 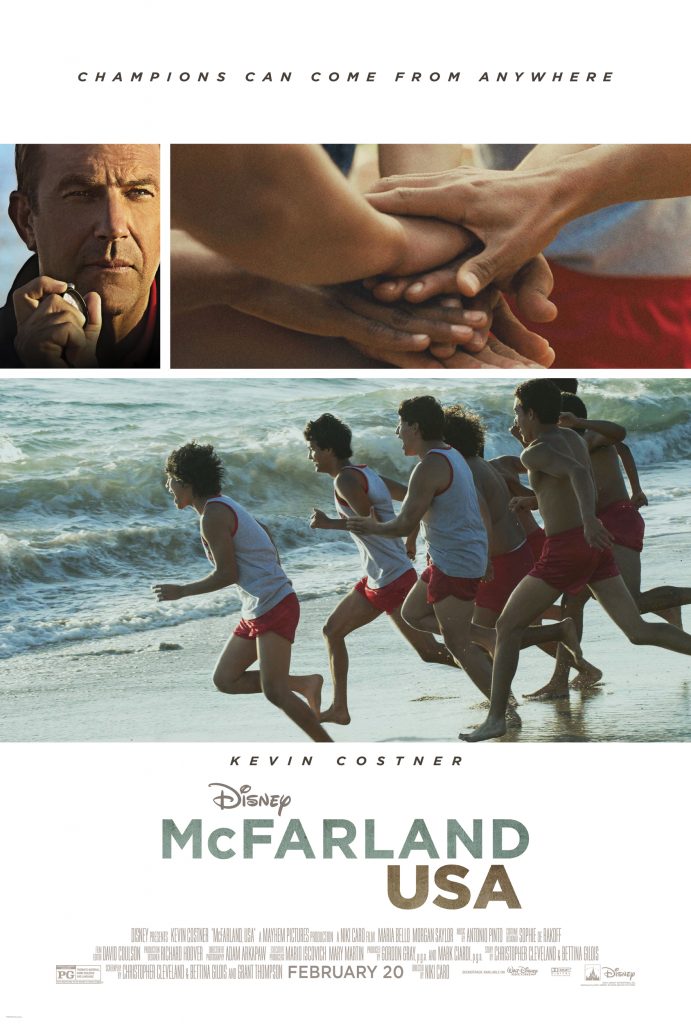