We had the opportunity to sit with Disney•Pixar’s “The Good Dinosaur” Director Peter Sohn and Producer Denise Ream to learn more about their vision behind this latest animated film. 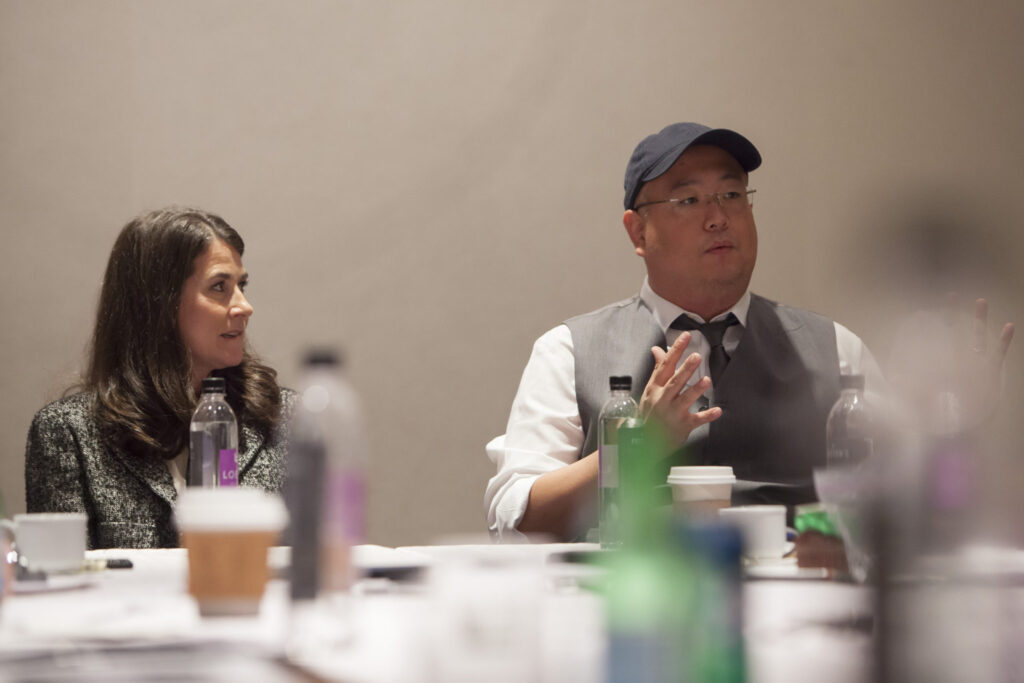 Q: Was there a job that you wanted a dinosaur to have that couldn't make it into this film?

Peter Sohn: When we first came up with the project, it was kind of Western-infused, and so we started down that route in the evolution of this film. But when we had the saloon owner, miners, and we had all of this kind of, it just didn't work. It felt like we were making fun of Westerns. I grew up on the American West of these movies that raised me. I felt like we were just making fun of it.

Q: Talk about Sharon's impact as cinematographer on the look of the dinosaur.

Denise Ream: It all started off with the movie, Shane. It was the opening in the Teton Valley, in Jackson Hole, Wyoming. Sharon was brought in. I have her paintings. I bought her paintings from that area, they hang in my house. So it was that concept of like, she said, “Like, we should go now up there, if you're even thinking about it.”

Denise was like, “Let's get lost out there, and let's just do what started this project. Let's go out there.” When we went out there, she really taught me a lot about that world, about how beautiful it was, including the guides. She was so influential because she's brilliant in both sides of her brain. She's creatively and artistically beautiful. Logically, she knew the physics breakdown, how things work, it's incredible as well. We would go out there and she'd tell you, “Look at the river. You know why it's this color? The rocks underneath have a certain thing growing on them that reflects the light in a certain way, so you have to understand that.”

Also, the weather. If you don't like it, in ten minutes it's gonna change. She just understood every aspect of that world, and everywhere we'd go she would talk about the Aspen, and the flickering leaves, and how it all kind of came to life. That inspired us to try to make a movie that, what if our ending was, the antagonist was more nature. 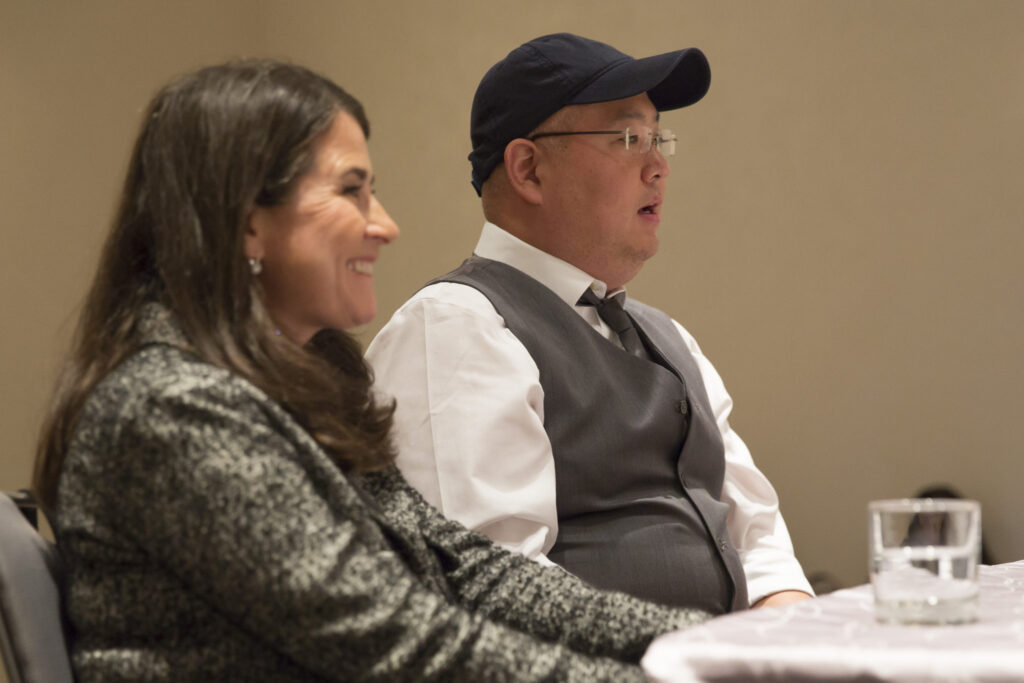 Q: I want to ask about some of the “out there” scenes in the movie, especially the Pet Collector sequence and the Bad Fruit sequence. What inspired those?

Denise Ream: When he pitched the sequence John was like, “You're gonna be the Pet Collector.” There was no discussion there.

It was almost meant to represent, what if Arlo went down and he was stuck out in the woods. Would he be afraid of everything? So terrified that he would come up with these protection things that would project him from there? Would Arlo fall into this world? Then the idea that he's forcing Arlo to keep this thing, when Arlo's final step is to say, “I can't keep him.” He's telling him the wrong advice.

All of the characters that Arlo meets stem on Arlo's journey and how he matures and gets through his fear. In terms of the berries, that was all a bit about some of the research that we did and exploring every kind of thing that nature does. From flash floods, to getting your foot stuck in a rock. We would hear all of these stories.

Q: This is a story about a character who wants to prove himself. That could be the description of the journey you had in making this film. Did that irony become apparent to you?

Peter Sohn: It's very insightful. Being a first-time director at a place like that, and the bar's so high at Pixar, it's terrifying as an artist, and as a person, trying to find yourself in this kind of job. It is overwhelming. At the same time, through these obstacles and support from people like Denise and other directors at Pixar, you begin to find strength. It's all through love. 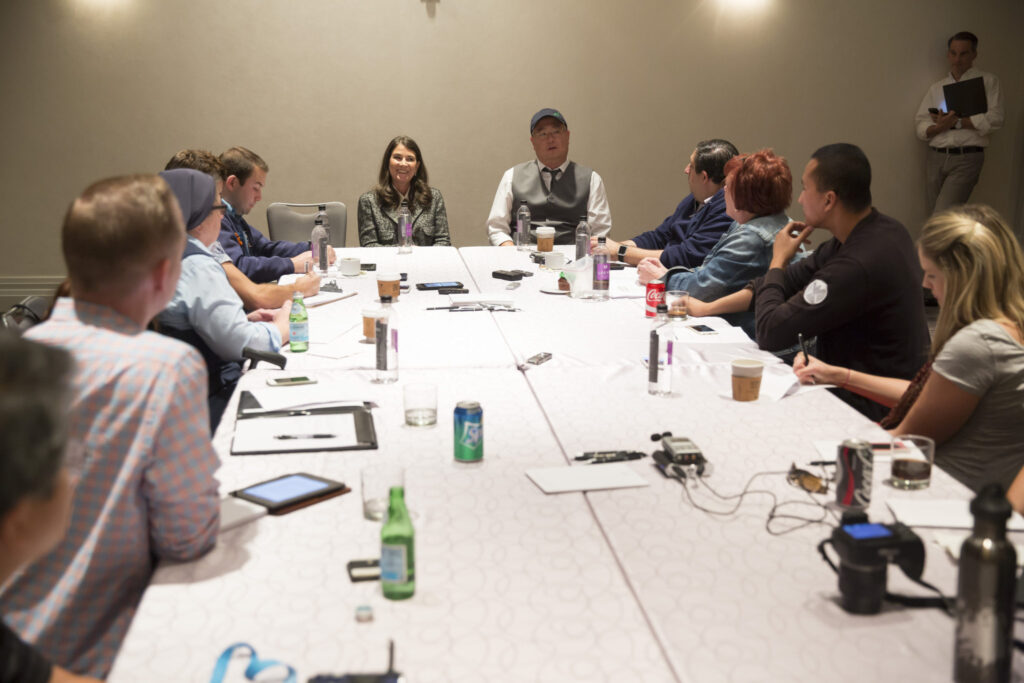 Q: You evoke deep, honest emotion, but without a lot of dialogue. I want to hear about taking it to a visual level and setting aside scripted dialogue to get to the heart of emotion.

Peter Sohn: Animation is something that I've loved from a very young age. My mother used to take me to movies all the time. She loved them. She was born in Korea, she came in the 70’s. I was born in New York very soon after.

Every time we'd have a little bit of money she would take me to the movies, but she didn't understand the movies because they were in English. She'd always ask me in Korean, “What are they saying?”

Then there were these animated movies that we saw, like Dumbo or Bambi that were so truthful. I remember in Bambi, he loses his mother. My mom was just feeling this, and without any translation. She wasn't asking me anything. There was so much universal themes going on, without any language whatsoever, and it really, really moved me.

About ‘The Good Dinosaur’

Portions of this material have been provided by Walt Disney Studios. Photos by Patrick Wymore/Getty Images for Disney.