Ethan Hunt (Tom Cruise) met his match in the latest Mission: Impossible film, Rogue Nation. Isla (Rebecca Ferguson) is not only a beautiful addition to the cast, but she steals the show with her strength and endurance alongside her peer as they team up against a rogue set of renegade spies. 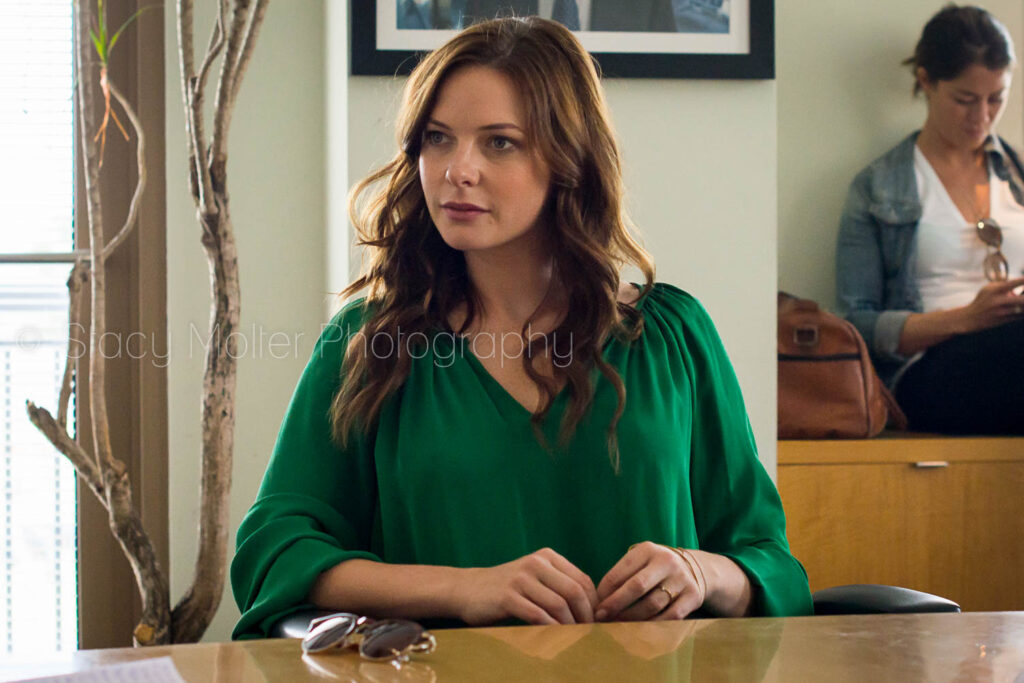 We had the opportunity to interview with Rebecca Ferguson, the undercover agent who plays opposite of Tom Cruise in Mission: Impossible Rogue Nation, before the film opens in theaters nationwide tonight.

Off screen, Rebecca is much like any working mom trying to balance home life with a child and a busy work schedule. ‘If you want to make it work, you make it work,' she stated, and she is absolutely correct. Where there's a will, there is always a way, and with a little organized scheduling anything can be accomplished.

As we chatted about the film, we talked about the connection the two misplaced agents Ethan and Isla had with each other, evoking a bond and romance between then two characters. She shared her reaction to watching Tom do most his own stunts (and whether this upped her A-game), the tie-in Ingrid Bergman, Kathryn Hepburn, and Hitchcock have with the film, where journalism and women fail ourselves with stereotypes and labels, and the amazing gold dress! The gold dress is absolutely gorgeous!

Q: How did you audition for this role?

Rebecca Ferguson: I was in the dessert on a camel called Barbie shooting ‘The Red Tent.' My agent called and said there is an audition for ‘Mission: Impossible' and asked if I wanted to make a tape? I thought, well that's not gonna happen, but let's just do it.

Tom saw it with Chris, and they called me and said they would love to meet me and talk to me, but the production company that I was in needed me back in 17 hours. So I literally flew over, met Tom and Chris, and flew back to finish the production I was on.

Q: Your character is such a strong female character. It reminds me a lot about Ingrid Bergman in Casablanca. Is that something you and Chris McQuarrie were conscious of when you created the character?

Rebecca Ferguson: That is something that Chris had very much in his thought process when he wrote the script. She's called Ilsa, which Ingrid Bergman is called, and these are things I didn't really put together in the beginning. I think I was more nervous of meeting Tom and doing the casting.

Watching this film a couple of times, everything in this film has a purpose. It's filmed in a beautiful, Hitchcock third man kind of way with shadows and mystic, and that is also how we created her character with her clothes.

Q: When did you realize your character is the opposite of the damsel in distress? You are saving Ethan Hunt over, and over, and over again, and that's amazing.

Rebecca Ferguson: That was spectacular. When they old me about this I couldn't actually believe that was going to happen, that Isla was going to save Ethan. That was phenomenal.

That's what we created with the characters. Two undercover agents who are very similar, not lonely but misplaced because they travel and they need to be undercover. All of a sudden they meet each other and they meet each other's match. They can fight like they've never done anything before, and this is shown by the way the move, and by her saving him, and by him saving her a couple of times as well.

This is romance. There's no key kiss, but it's beautiful. It's connecting with someone, a feeling of you're not lonely. You get me, and I get you. 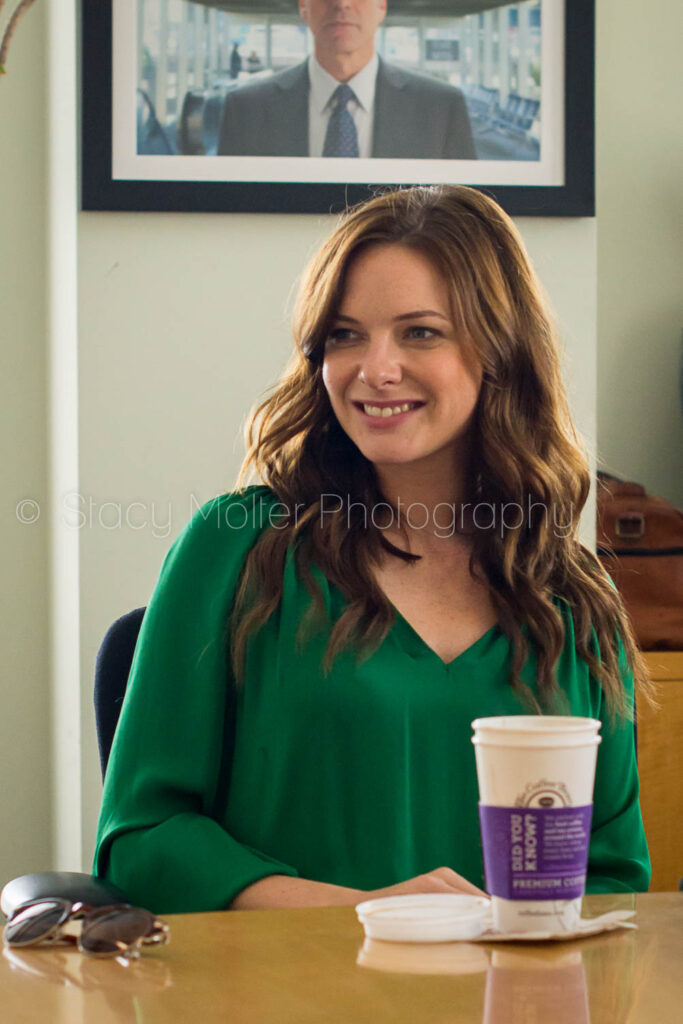 Q: What was your training schedule for the film?

Rebecca Ferguson: When I got the part I did six hours a day, six hours a week of training, doing Pilates as a ground tool, which I now love. Then there was lots of sprinting because Tom likes to run, different fights moves, bike, weapons training, holding my breath, and choreograph sequences.

The first scene was jumping off the Vienna roof top so I had to learn to overcome vertical, and there was a lot of training for that.

Q: What was your reaction watching Tom do most of his own stunts?

Rebecca Ferguson: We were laughing at the stories about the insurance companies and how they hated everything he did, but that's what Tom does. This is his niche and he's brilliant at it.

I think that's why I loved Mission before I even got this role. There's always characters I can relate to as a viewer, and they have soul, they have charisma, they have vulnerability. I love that they showed Simon Pegg in this film, when he actually stands up.

And then you have these incredible fighting sequences, I love the balance. Knowing that Tom is actually do it, when they're on the bike, they're in the dessert. When they jump off a roof top, it is a roof top. If you're on a plane, you're on a plane.

Q: Did that make you want to raise your A-game?

Rebecca Ferguson: It's not competitive, because you can't feel competition because it's dangerous. I could never be on a plane. Tom has done this for 19 years I think. I felt that I was put in a position that I could actually try something out.

I also knew I could say no whenever I wanted, and I had an incredible stunt double who would jump in. It's just stepping over that threshold of fear, and knowing that you have everyone there to support you.

And Tom was there. I had my legs strapped around him. He was the one who jumped. I'm the one who swore like a house on fire, every bad word there is. 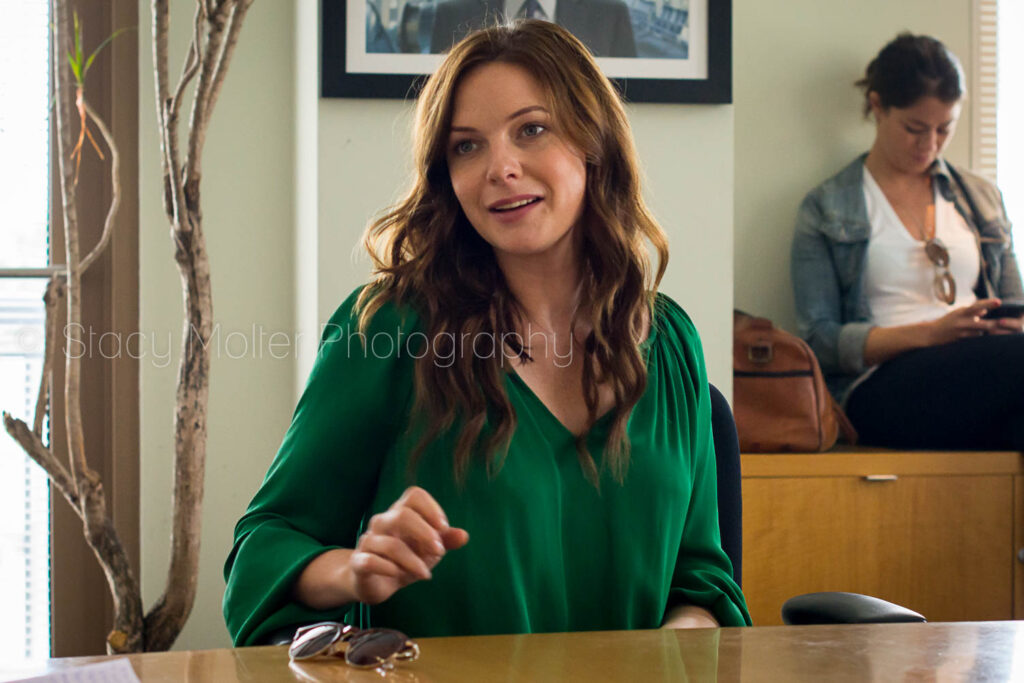 Q: What about the motorcycle scenes? Are you doing any of that?

Rebecca Ferguson: They trained me because I needed to know how a motor bike works. I did about 70% of it, but when you see her free driving from the helicopter shot, that is the world's best driver on the motor bike, named Jenny. She is phenomenal. I was terrified watching her. She is the most humble, kind, and low key girl, but when she gets on the bike she kills it.

Q: What was it like being the only female in the film doing all those stunts, yet being equal to all the men?

Rebecca Ferguson: I never saw myself as the only woman on set. The first time I met Chris and Tom and they explained this role, they never used words that we can easily do in journalism and when we talk, when we say you're femme fatale, and that's usually the words that separates us. They never used the word.

They never used the words sexuality, woman, female, and they made a point that she would stand out from a crowd. They said she's an undercover agent. Ethan meets his match. She's vulnerable. She's talented. She knows what she does, and that put the grounds of collaboration the entire eight months. I never felt like I was on another space by myself being a woman.

Rebecca Ferguson: It's a very good dress. Here's a character that's very practical, and she needs to be dressed up for the opera but she has a purpose as well, and the dress is made for that purpose.

Joanna Johnston, the costume designer, she would be with me when I was doing my stunt rehearsals. She would watch how I move and she would look at how I twist my body, or if I did the jump up on the guy, and she would say, she's jumping with the left leg so that's where the slit needs to be otherwise you can't move.

I remember Tom and I practicing sliding down the roof and we got caught a bit, so it had to be a fabric that would make us slide.

There are so many aspects of it. Can it get caught? Can it hurt anyone? Buttons? Zippers? It's basically a stunt dress made for any occasion. 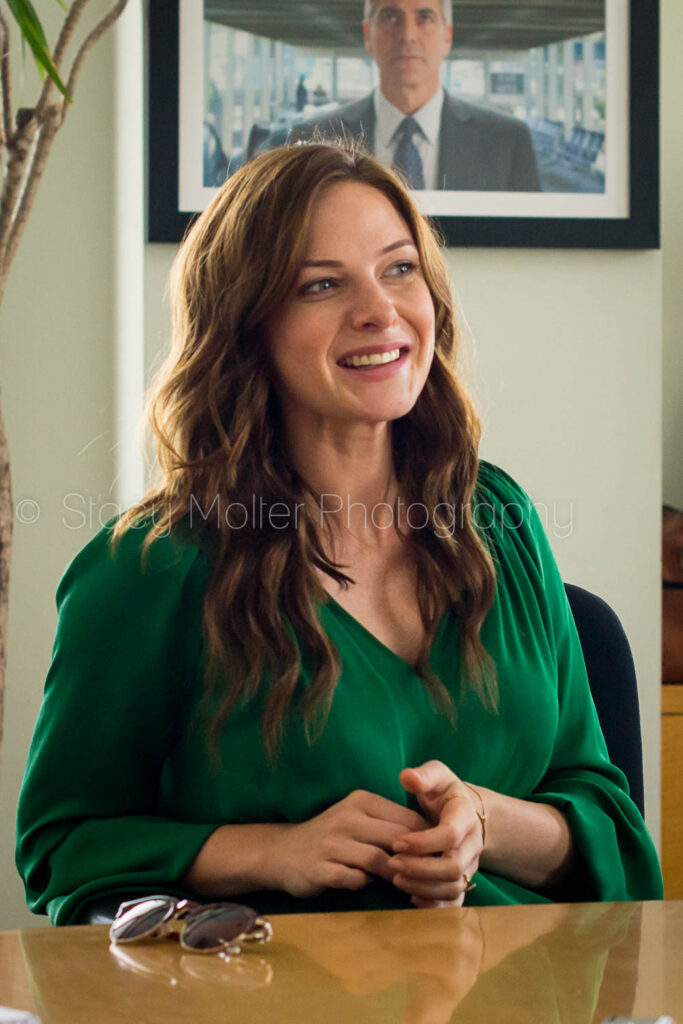 Q: How did you run in those heals?

Rebecca Ferguson: There was one running scene the first day of shooting on the roof top. During one of our days of rehearsal, there's a scene I do where I leap up on a guy and I twist him down, and Tom said ‘That's great, but should we take the shoes off?' And I said ‘That's why. That's why you're good.'

Because why would I leap up on anyone with my shoes on? She's a practical undercover agent.

Then, we were running on the roof and I said, ‘Shouldn't I ask you to take my shoes off?' Tom said, ‘Yeah, brilliant!' It created chemistry in a fleeing position.

Q: What was your favorite scene to shoot?

Do you remember the first scene in the dungeon, me walking in and I give Tom his clothes and say follow me? We did all that in one take, and then we broke it up and did it in separate shots, but we did it as one take.

All those moves would be a top shot, and when it's set in your body and your body is moving on autopilot, it's like incredible layers weaving. It's a high that kicks in of, we just did it. I love those movements. 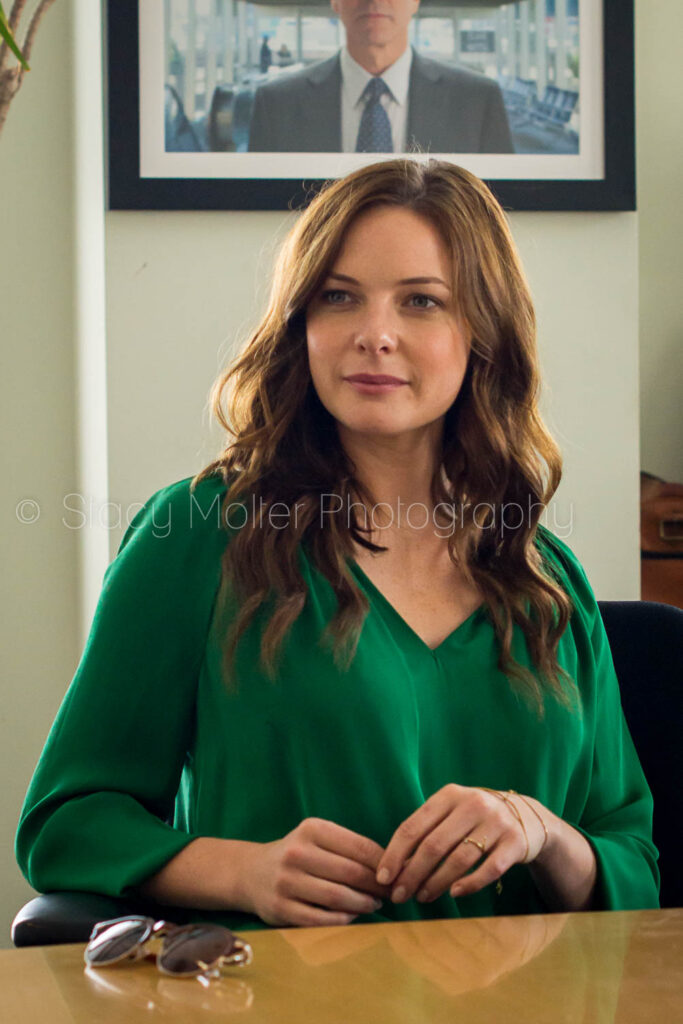 Q: What challenges do you face as a working mother in your profession?

Rebecca Ferguson: I think the challenge for me is a challenge any other working parent has. It's the wanting to be home but loving your job, and trying to make that life puzzle work. We worked a lot, it was ongoing for eight months, but I think if you want to make it work you make it work.

It's scheduling. It is being prepared. Having great people you work with. There is a lot of parents around, people know. It's life. It's not a working machinery where the humanity part disappears. These people get it.

Tom Cruise is back as Ethan Hunt, facing his most blisteringly impossible mission yet, in “Mission: Impossible – Rogue Nation,” the fifth installment in the constantly accelerating action-thriller series.

Portions of the material have been provided courtesy of Paramount Pictures.