Jason Bateman lends a conniving, sarcastic humor to Zootopia's Nick Wilde, the sly fox in Disney's latest animated film. Bringing a natural personality to the character was important to Jason, not an over-produced scripted character outside of his skill set. 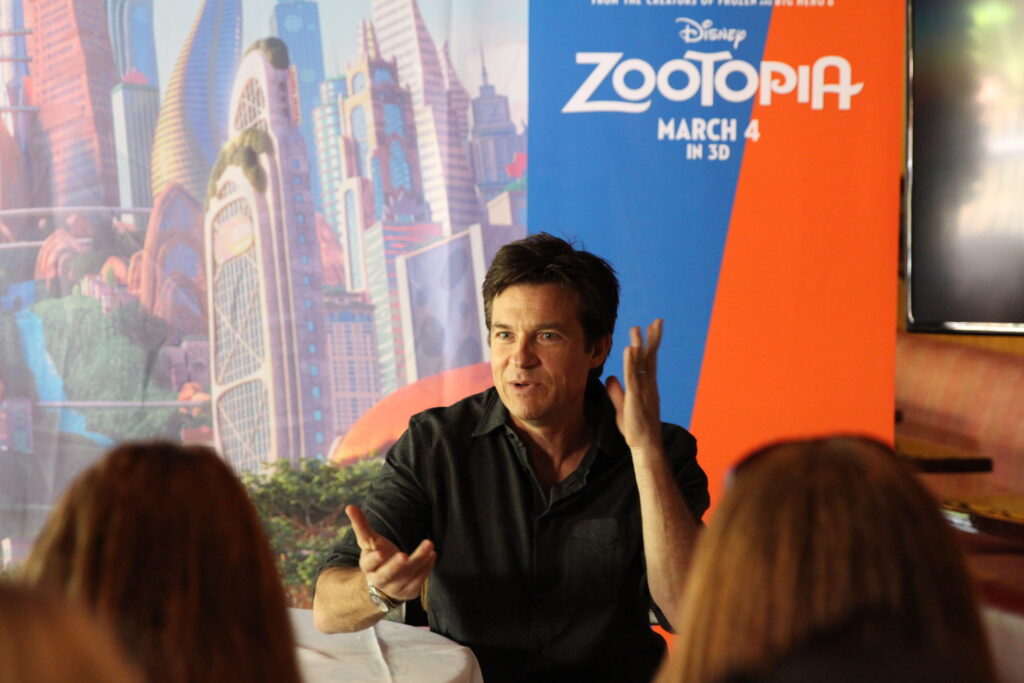 Also important to Jason was playing a part in a film that his children can watch and fall in love with. While this film covers many important topics from xenophobia to bullying, he hopes this film will become a tool for helping parents talk with their children about the challenges they will face in life. 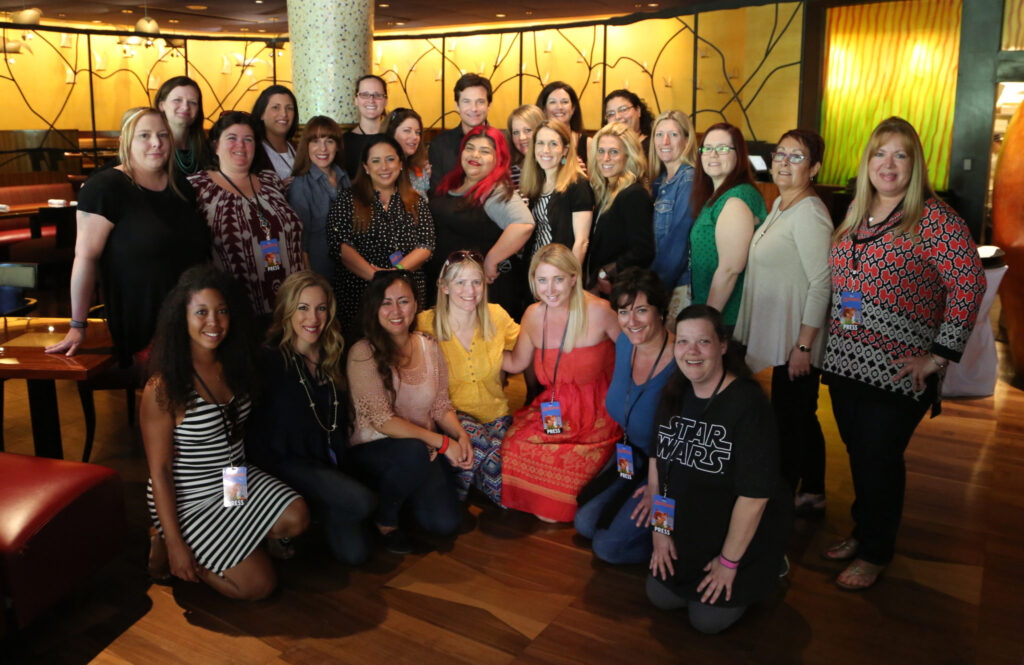 Q: As a parent, do find yourself ever relating to Mr. and Mrs. Hopps?

Jason Bateman: If you mean the fact that they're concerned of their daughter going to the big city, of course. You hope and pray that you're not going to be the kind of parent that when they are allowed to, and should leave the house, that you are going to be paralyzed with this fear.

I have another nine years left, at least with Francesca, to get myself ready to be confident that she has a good enough decision maker on her shoulders to go out there and navigate the inevitable challenges. Think about all the stuff that you guys have been exposed to that your parents never dreamed that you would be, and you being good people didn't willingly get into dangerous situations, but it just happens.

I'm really trying to be okay with the fact that I can't keep her in a bubble and I can't control her her whole life. The only peace that I can give myself is that I'm confident that she knows how to make good decisions.

Q: Was it strange for your four-year old to think daddy is a cartoon now?

Jason Bateman: The nine-year old thank God is smart enough to put it all together. The four-year old…we were at a movie theater a few weeks ago and there was one of those cardboard standees where they've got the fox and the bunny and I walked her over to it and I squatted down next to her and I pointed to the fox who is life-size and I said, “See this guy? He's in a movie. And this bunny, they're going to solve a mystery. They're on an adventure.”

She said, “Oh, can we see that movie?” I said, “Yeah, and you know this fox talks? It's a talking fox, and when it talks it sounds like me because I'm the voice of that fox. I recorded all of his lines.”

She was trying to understand. She doesn't know what a microphone is. She certainly doesn't know the way movies are made. She just looked at the fox and she looked at me. I'm really excited to be sitting next to her in a movie theater and see how many minutes into the movie she's going to hear that familiar sound. 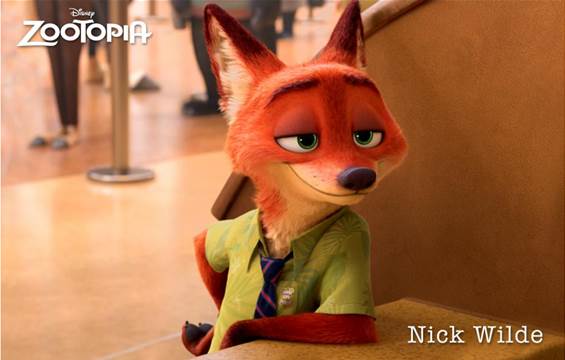 Q: Does any of your personality go into your character?

Jason Bateman: I'm not a big fan of seeing a lot of acting. I think that the goal is to not act, to look natural. I try to use as much of me as possible in any part that I play, plus that I'm also pretty lazy, any character I play is always inside my skill set

If I read a script and there's a character that is so far from me that I would have to do a lot of acting to play that character, then by definition I probably shouldn't play that character because then you are going to see acting. Yes, there is quite a conniving, sarcastic, fatigued part of me. My mother is British so she kind of taught me that sense of humor, that dry, reactive sense of humor.

Q: The other films that you do are very opinionated roles, but this is different because we can all bring our families to this one, really the whole family from top to bottom. How do you go into a role like this as a dad? Do you have a different mindset?

Jason Bateman: It's very cool to be leaving home to do a job that I can prove that I was actually doing. It didn't show that way with the other stuff. I have two little girls, nine and four, and knowing that they are going to see it, it gives you pride.

First of all, it's the only movies that I see now, that we all know, when a kid's movie comes out you have to take them and you just hope that it's good. If it's not good, you are still buying a ticket to it. You still have to sit there. You just might catch a little nap, you know?

But with this one there won't be any napping because this company is so good at braiding thematic with the jokes. There's always that parallel lane of satisfaction for the adults. I don't know if my nine year old really picks up on some of the nuance and sophistication of these heady, highbrow issues.

The film's a nice tool for me as a dad to talk about racism, or xenophobia, or fear mongering, or bullying. When I have a character that I can pause and say you know, hippopotamus gave a look to the…it makes the medicine go down a little bit easier and it makes it a little less ominous to broach these subjects.

Q: You have done some cartoons, but this is your first animated film. How is this different?

Jason Bateman: It's really an interesting process because as an actor you say your line, and you've got your face and your body language to contribute to the whole thing. With this, you just have your voice to use and then you hope that the animators are going to make the character do something that either supports what you've done, or offsets it, or juxtapose it.

It's a cocktail to make somebody laugh with something. You don't realize how many little components there are. When you tell a joke or a story there's inflection and then there's facial gestures, and it's a pretty strange thing to just hope that the rest of the recipe gets cooked in the right way.

Q: How long did it take to create this film?

Jason Bateman: The call first came in a little over three years ago and we started sessions right around then. The three years of recording sessions happened every couple of months and each one would take two hours, so about 20 – 25 sessions, two hours a piece, and with each session you do about two or three scenes. Which are anywhere from three to five pages each.

They record you reading through top to bottom and the director will read the other part. You have to make sure you don't overlap because his voice would be on my track then. They record that a couple of times and then you go in and you record each line individually about six to 10 times a bunch of different ways. You do one fast, one slow, one angry, one happy, and give them a bunch of choices because they don't know what the other actor is going to do that's actually reading the line that follows you in the conversation.

There's an immense amount of work that they have to do to cobble it all together and blend that cocktail. It's a neat process. 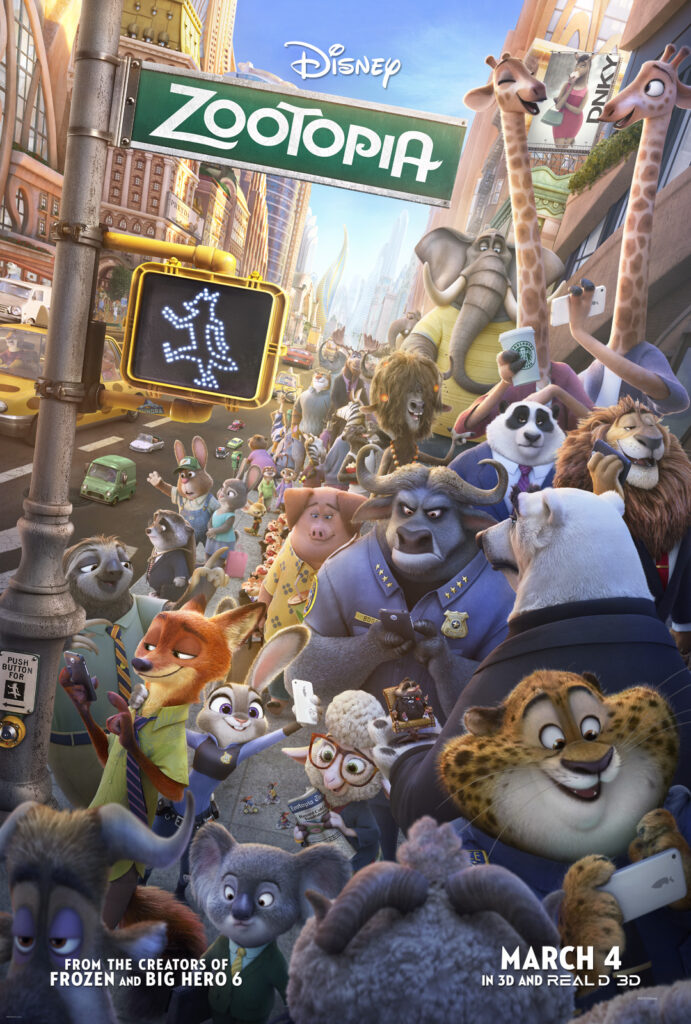