Thank you to 20th Century Fox for hosting a press trip to Las Vegas, and for the opportunity to learn about the Ferdinand movie from John Cena himself.

The story of Ferdinand, the best-known work written by American author Munro Leaf, comes to life this Christmas in a new animated film from 20th Century Fox. Packed full of heart and endearment, Ferdinand celebrates the empowering message to always be true to who you are. Ferdinand movie opens in theaters December 15th, 2017. 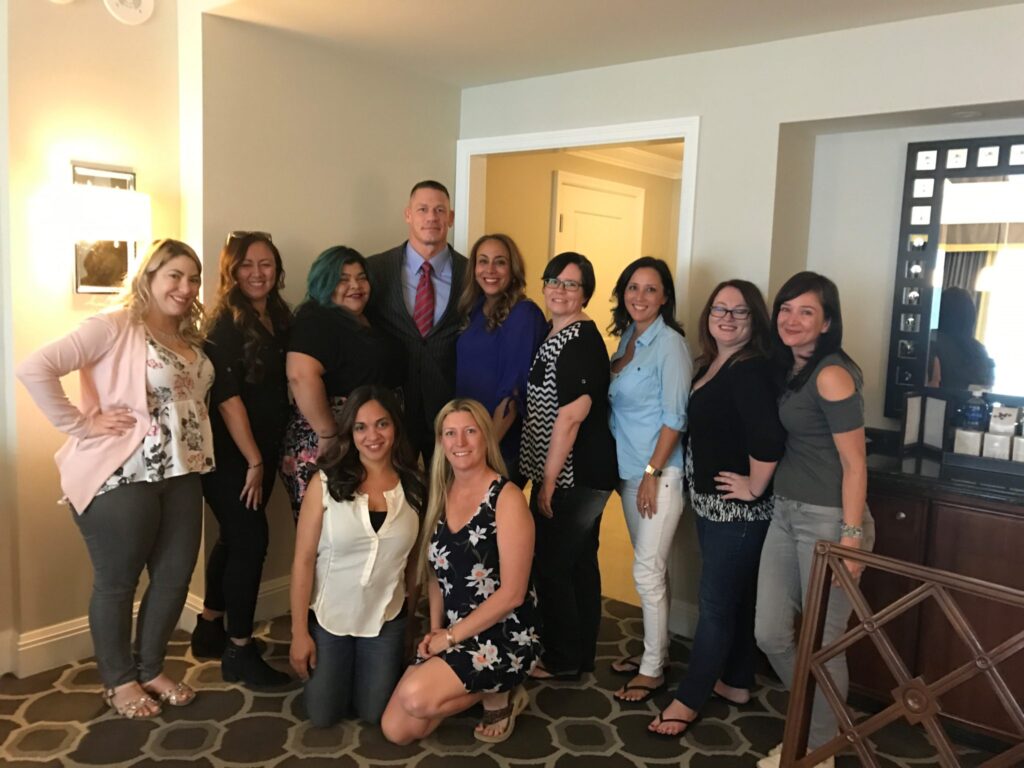 When we sat with John Cena during our press trip to Las Vegas, John opened up about taking on the role of a gentle giant who loves to stop and smell the flowers, a character he has more in common with than we ever expected.

The team sought me out because I have a powerful voice and they wanted somebody larger than life, yet at the same time somebody you could sit down and have a conversation with. It's very endearing, not just a guy who'll break through the wall and be like, “All right, let's save the day.” What you see certainly is me, but I just couldn't think of a better way to kind of tell my story through their story.

You have this big, enormous, softhearted, loving individual who, if you just look at him, you'd be like, “All right, don't want to pick a fight with him at the end of the bar.”  But it's so much more than don't let yourself go there.  Don't just become that because that's what people perceive you as. Ferdinand knows who he is the whole time, but also with his influence, he takes a group of eclectic folks and lets them see, “Wow, there's more to life than what people just may see me as.”

Q: John, how did you get involved with the Ferdinand Movie?

John Cena: At first, when I knew about the script, they wanted me for a different part. Scheduling has been tough because I say yes to everything and then figure it all out later because when opportunities come up that I like, I just say you know what? I'll find more time in the day, but this is something I like and I want to try to do it.

The folks at Blue Sky and Fox came back and were like, “Well, we've re-circled our wagons, and we would like John to be Ferdinand.” I thought, “Man, you are stupid if you pass on this,” not only because it's such a great opportunity but it’s just a powerful story. In every aspect of it, I am Ferdinand. I'm the guy that can't walk out onto a stage without them trying to blow something up or everybody on the street challenging me to a wrestling match, it's just because of what they see and it's what I am perceived as. There is a typecasting that goes with what we do, but I'm a human being.

What you see certainly is me, but I just couldn't think of a better way to kind of tell my story through their story, and at least at the best, I could do it. I'm like, “I get this, and I'll be able to nail this.”

Q: Is this your first animation film?

John Cena: I've done animation stuff before. I did an Ernie the Elephant campaign for pistachios. I've done limited animation for WWE here and there, but it's been mostly as me or a character–like, we did Surfs Up 2 where I was a penguin version of John Cena. It's the same type stuff. This is the first time I've been able to do it as the voice of a character, especially something so iconic as Ferdinand.

Q: It's common that they tape everything when you voice a character. Do you see yourself in the animated Ferdinand?

John Cena: It's amazing! They already have an idea of what the universe will look like, but after we do the voices they do go back and watch the tapes and pick up little things. They're like, “Wow, he says you,” and his mouth, like, moves. They do kind of dictate that stuff, but it's only when it's so pronounced it's obvious.

Q: Did you find it difficult doing scenes for Ferdinand Movie because usually, you're reading by yourself? When you don't have anyone to interact with.

John Cena: I was very fortunate enough that Carlos was in there and so were the gentlemen that wrote the script. So, it's their story. Just because of what we do in WWE, I realize that I'm just a piece of the story, that the business model doesn't revolve around me. I'm an important piece, but I have to understand what the story is to do my job well.hen you're in there with the people who write the story, you're in there with the people who write it and then the person who's going to create it. So, I'm like, “Guys, just tell me what you're thinking.” And then I get into their head about how they imagine stuff, and they explain the scenes to me and all that.

It's always good to get everybody's input because I can think Ferdinand should be a certain way, but that doesn't make it right or wrong. If I'm hooked in with the people who write it and the person who creates it, we can all sit down together and be like, “Wow. Okay, this is what we want to get out of this. Run with it.”
“Let's try it.”

Q: What are you hoping families walk away with after watching the film?

John Cena: First of all, I hope they see a great movie because I really think it's just a fun ride. I think it's going to be one of those movies that you don't mind seeing again.

The thing that I find the most powerful, and I hate to shove moral fiber down people's throats, is when you can tell a story and take people on a fun ride and also leave them walking away with something, give them a little bit to think about. It's a great, famous tale about, there's more than meets the eye. You don't judge a book by its cover.

You have this big, enormous, soft hearted, loving individual who, if you just look at him, you'd be like, “All right, don't want to pick a fight with him at the end of the bar.” But it's so much more than don't let yourself go there. Don't just become that because that's what people perceive you as.

John Cena: I literally am a softie. So, there's a scene where Ferdinand gets taken away from his family, which is tough but awesome. When the fighting bulls finally are like, “No, we're going to”, that heroic moment of, “We're in this fight, let's go for it,” when they decide to change their life, that's a great moment.

When Ferdinand finds out that the entire structure of what the bulls believe in isn't really what it seems, they just believe it because they're told to believe it.

From the creators of Rio and Ice Age. See Ferdinand in theaters this Christmas.

About the Ferdinand Movie

Ferdinand tells the story of a giant bull with a big heart. After being mistaken for a dangerous beast, he is captured and torn from his home. Determined to return to his family, he rallies a misfit team on the ultimate adventure. Set in Spain, Ferdinand proves you can’t judge a bull by its cover.

From Blue Sky Studios and Carlos Saldanha, the director of “Rio” and inspired by the beloved book “The Story of Ferdinand” by Munro Leaf and Robert Lawson, “Ferdinand” is a heartwarming animated comedy adventure with an all-star cast that includes John Cena, Kate McKinnon, Gina Rodriguez, Anthony Anderson and many more. 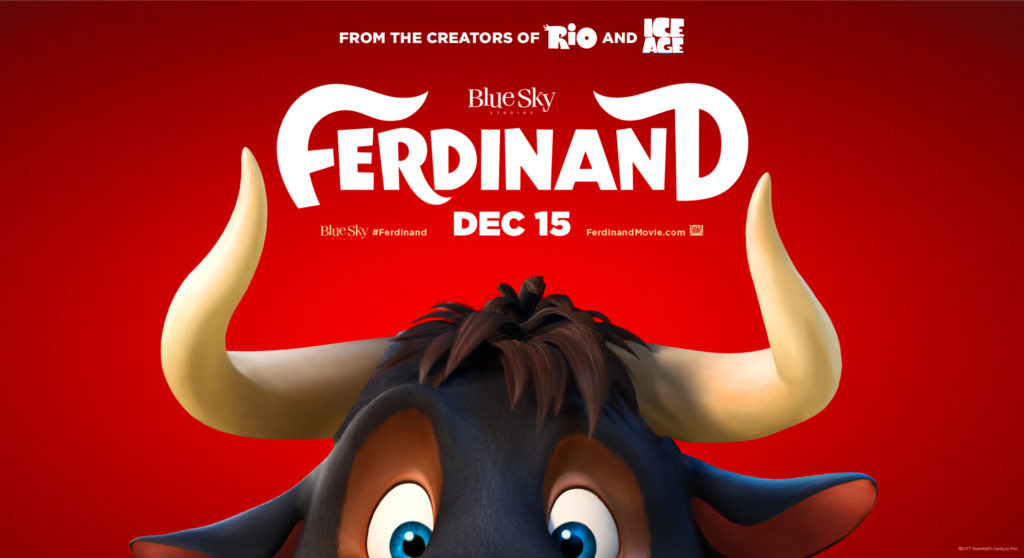 Portions of this material have been provided courtesy of 20th Century Fox.