You are here: Home / Entertainment / Training to Be a Spy For Keeping Up With the Joneses

Last week, I had the experience of a lifetime: Getting a taste of what it's like to be a spy by going to an all-day “spy camp”! Why you may ask? To get a look into what it's like to be like Tim and Natalie Jones –the undercover spies in the upcoming Fox film Keeping Up With the Joneses. 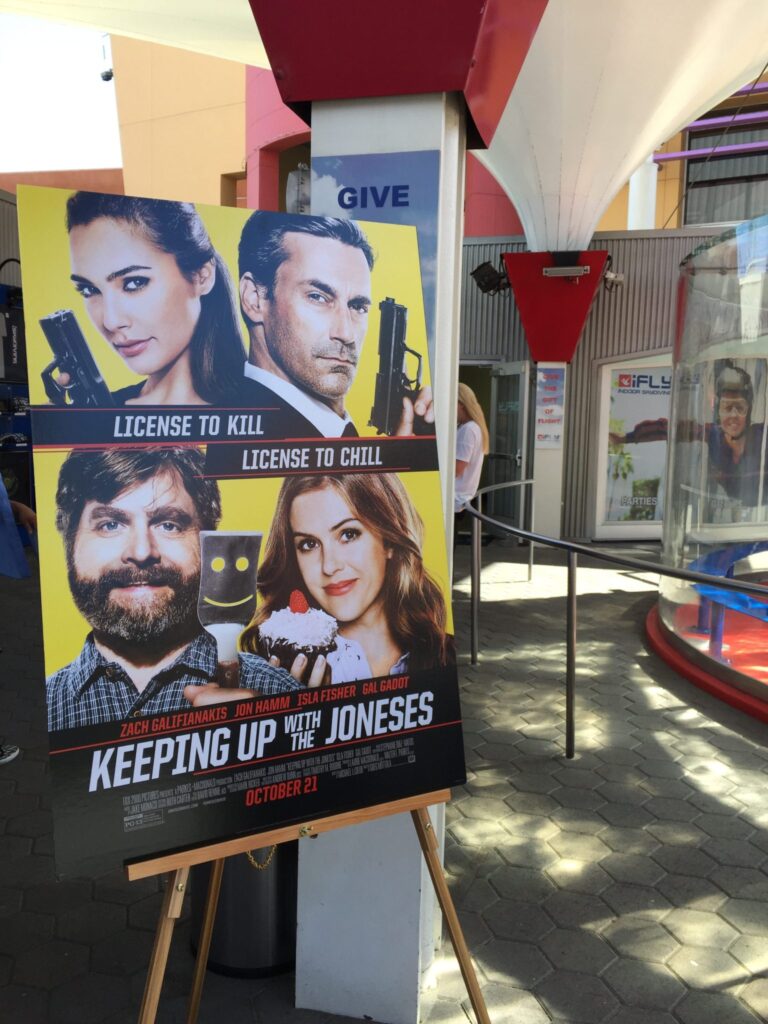 Training to Be a Spy For Keeping Up With the Joneses

To start off the day, we went to iFly at the Universal City Walk to go indoor skydiving! Indoor skydiving was something I had always been curious to try, but nervous to! When you indoor skydiving, you are being held up in the air by 130 mph winds–the experience was quite exhilarating, to say the least. It was definitely a workout, perfect for building your stamina as an honorary spy. 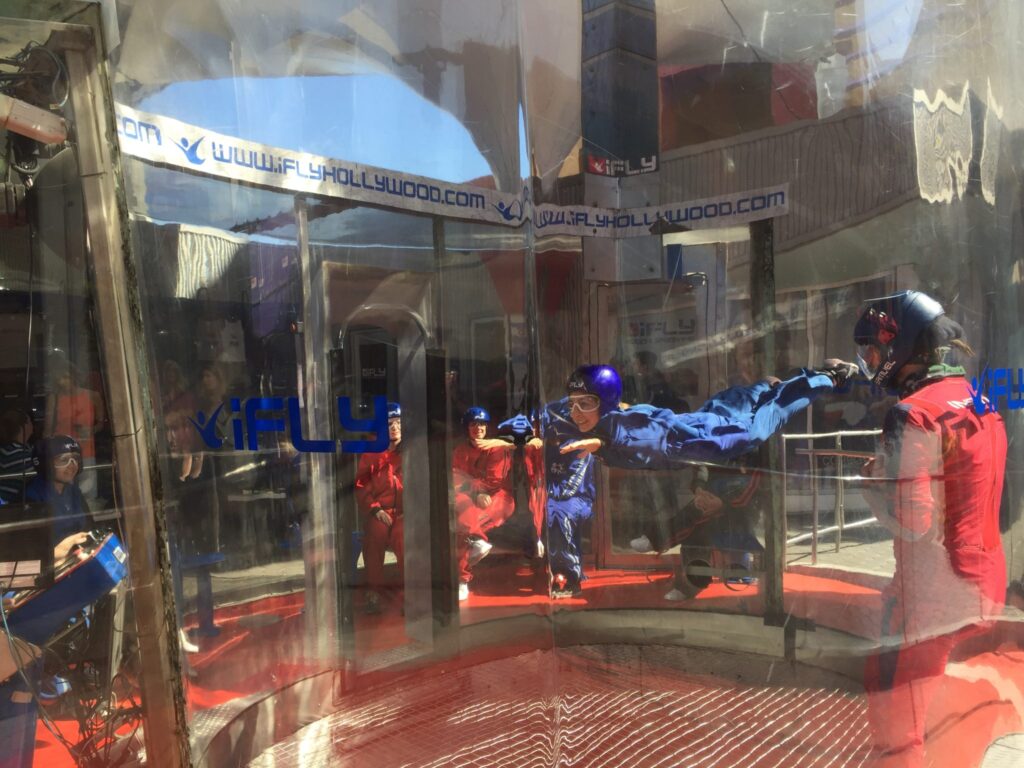 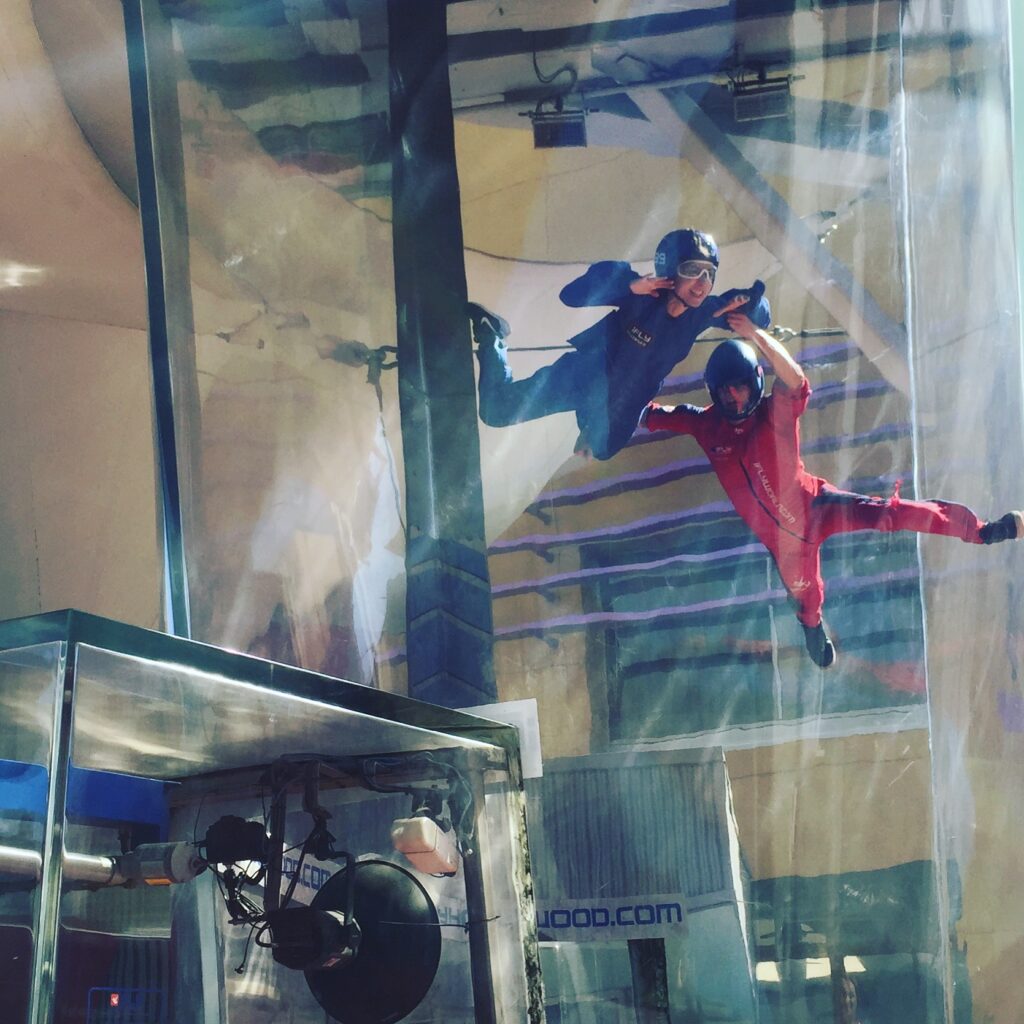 The second round of spy training was learning how to expertly throw darts. Myself and other fellow bloggers headed to Residuals Tavern, where we received a lesson in dart throwing, and it definitely is harder than it looks! The main tips they told us is to stand perpendicular to the bulls eye, and to use a small range of motion. Although I didn't make a bulls eye in my first round of dart lessons, it was a great look into the amount of skill that goes into dart-throwing. 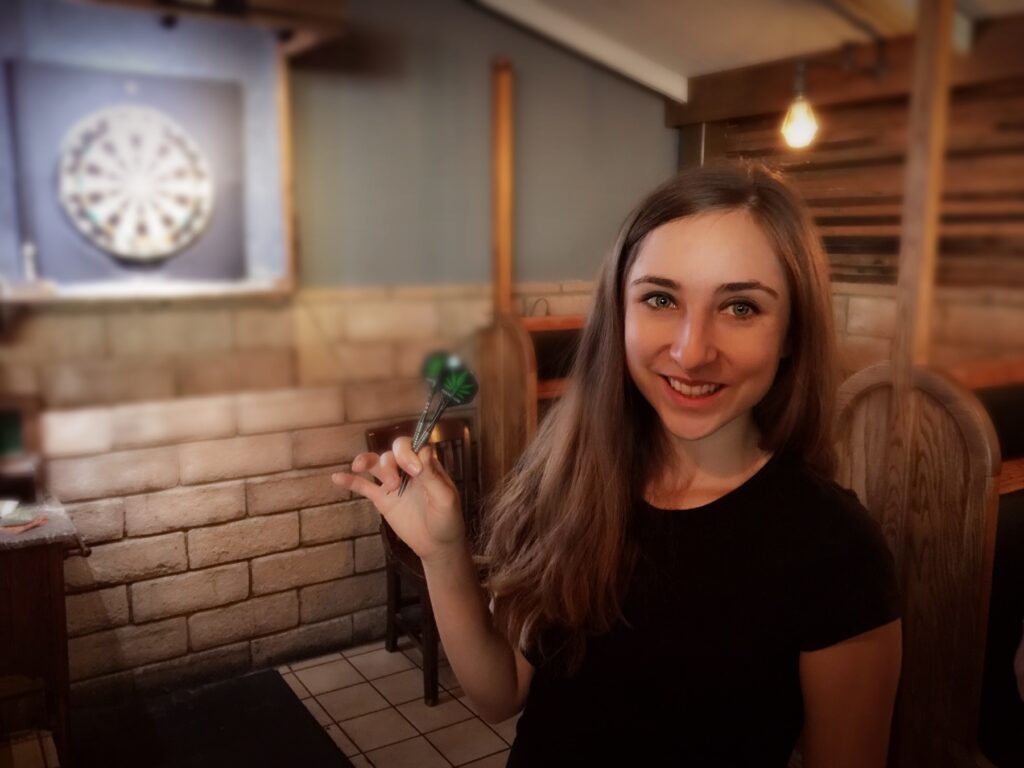 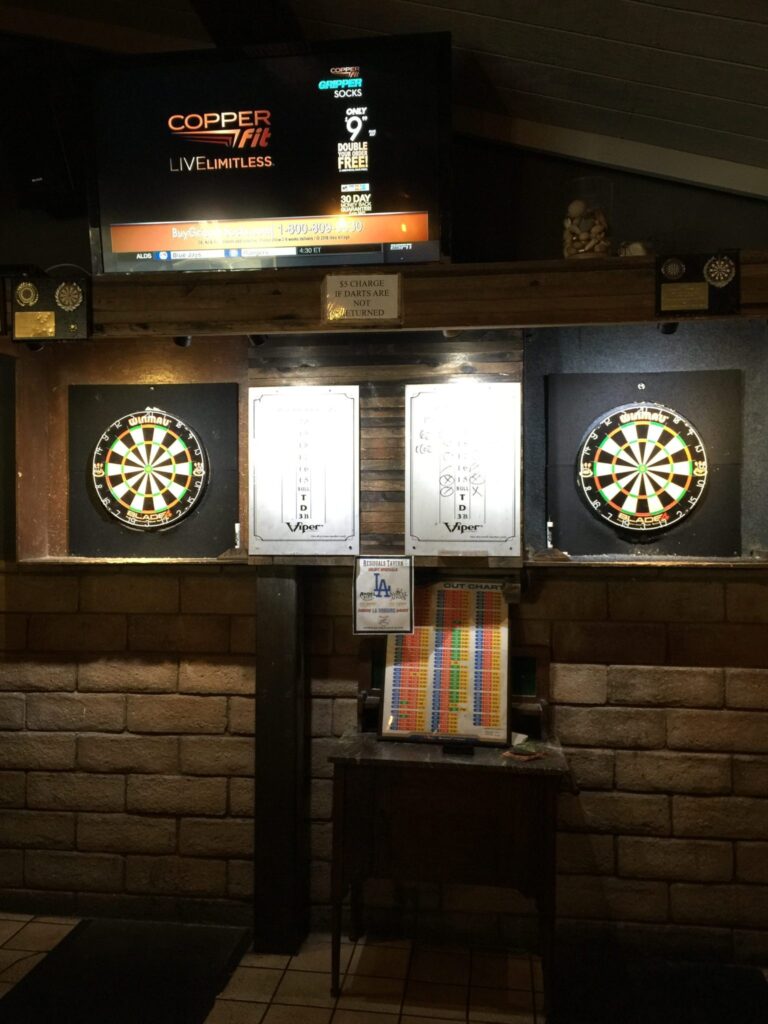 And last, but not least, the final round of spy camp was a gourmet cooking instruction session from world renown Chef Saverio Posarelli After all, if you're a spy, you have to come up with undercover occupations whenever you're relocated, so having a huge set of mad skills is essential! At the cooking demonstration, we tried a kobucha squash salad with raspberry dressing and candied pecans, a pumpkin risotto (actually served in a baby pumpkin instead of a bowl), and berries in a phyllo dough shell served with ice cream. Talk about a sweet ending to an action-packed day! 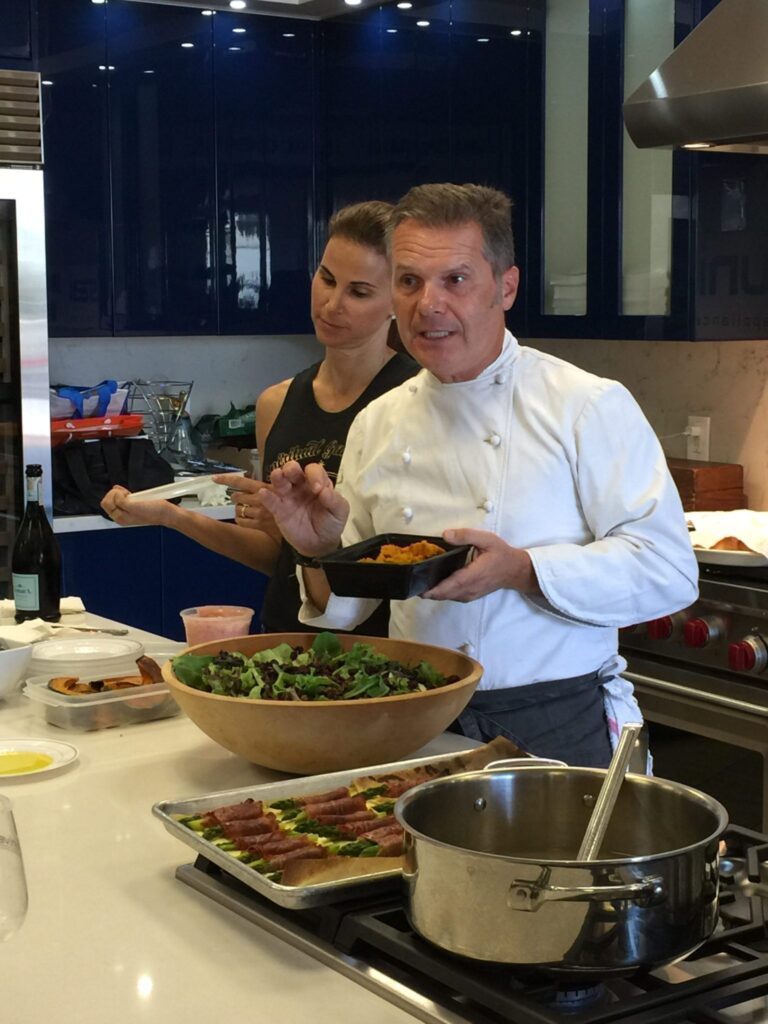 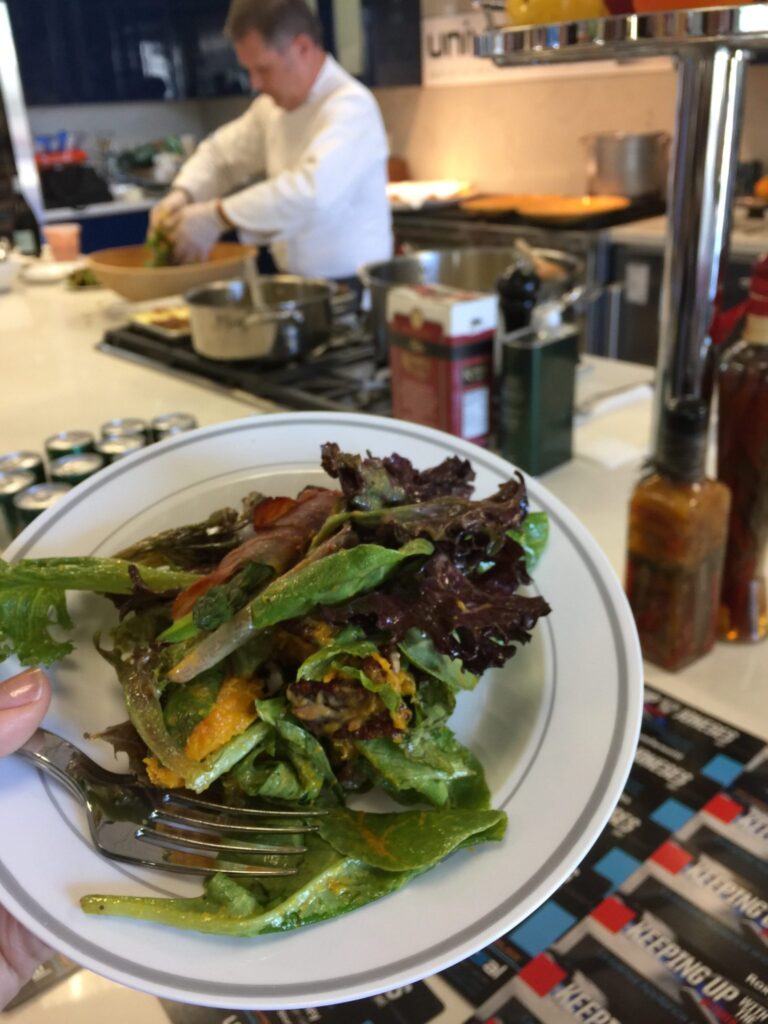 Keeping Up With the Joneses

The all-day spy camp definitely got me stoked to see Keeping Up With the Joneses! The film is about ordinary suburban couple Jeff & Karen Gaffney (Zach Galifianakis and Isla Fisher) meeting their new neighbors; who are the suspiciously perfect, good-at-everything couple Tim and Natalie Jones (Jon Hamm and Gal Gadot). The Joneses turn out to be undercover spies, who have to end up working with the Gaffneys when they find themselves accidentally involved in their international espionage plot.

Portions of this material has been provided courtesy of 20th Century Fox.