Daddy’s Home 2 will be the family comedy of this holiday season! It brings together Will Ferrell, Mark Wahlberg, Linda Cardellini, John Cena, John Lithgow & Mel Gibson in the sequel to the 2015 global smash hit Daddy’s Home. Father and stepfather, Dusty (Mark Wahlberg) and Brad (Will Ferrell) have joined forces and take us on a “Together Christmas” experience while giving their best effort to provide their kids with the perfect holiday celebration. 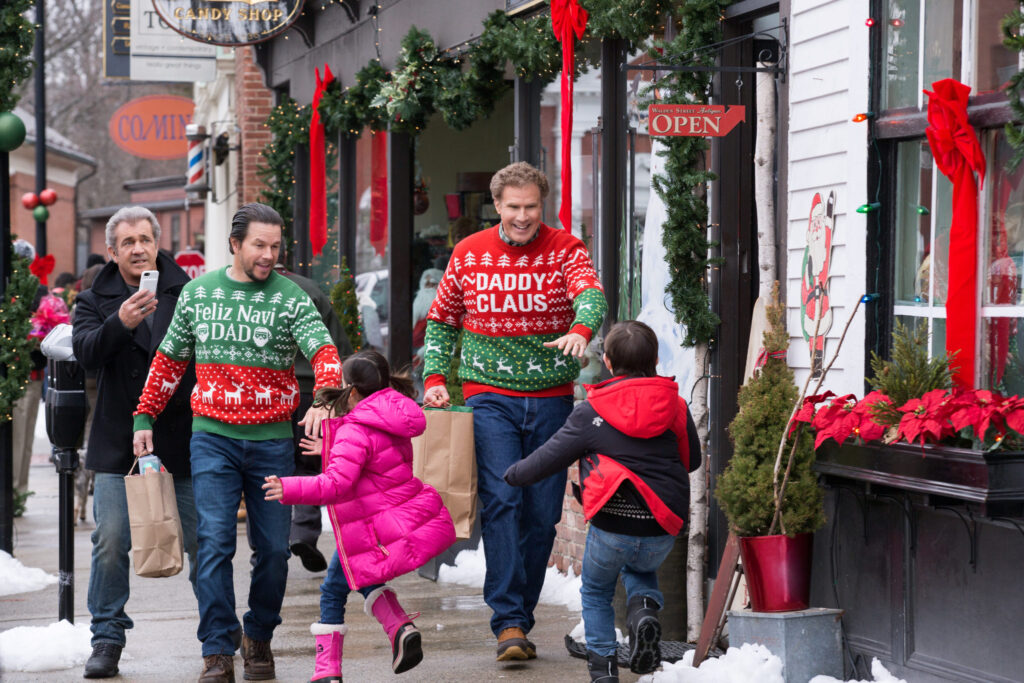 While the dads are showcased in the film, moms are nevertheless, quiet giants in the background. They try their best to be well behaved and help serve as the dad’s voice of reason. We met up with Linda Cardellini to have a girl's chat and she had quite a bit to say about working with the dads, her own family traditions and about just being a mom. 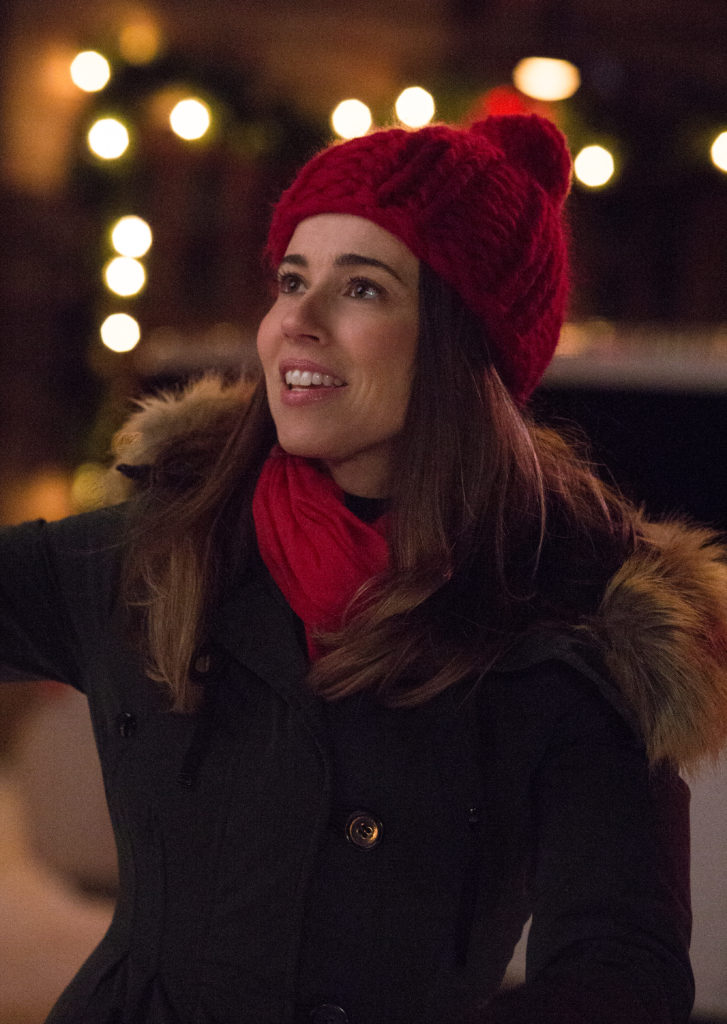 Q: When did you hear that there was going to be a sequel and what was your reaction?

Linda Cardellini: Originally I thought, there could never be a sequel to this movie. I mean how? Then I got a phone call from Sean Anders (writer/director) saying we're thinking about doing a sequel and we’re going to introduce grandpa’s so there will be even more dads and Sara is going to have this thing with Karen where she feels like she’s always talking about her or writing about her. And then I got really excited!

Q: Daddy’s Home 2 is the only film to deal with the challenges of co-parenting from the dad's point of view. What moments/messages did you find exceptional in the film.

Linda Cardellini: The first film was more about having to get it together for the kids and by the second movie we realize that co-parenting amongst the dads are going really well. And then we’re all shocked when our daughter gets up there and says she hates to separate for the Christmas’s. That was a revelation for us as parents that we think everything is going along fine and maybe it’s not ok. So the “together Christmas” sounds like a great idea, even though it’s difficult we can do it, put everybody under the same roof. 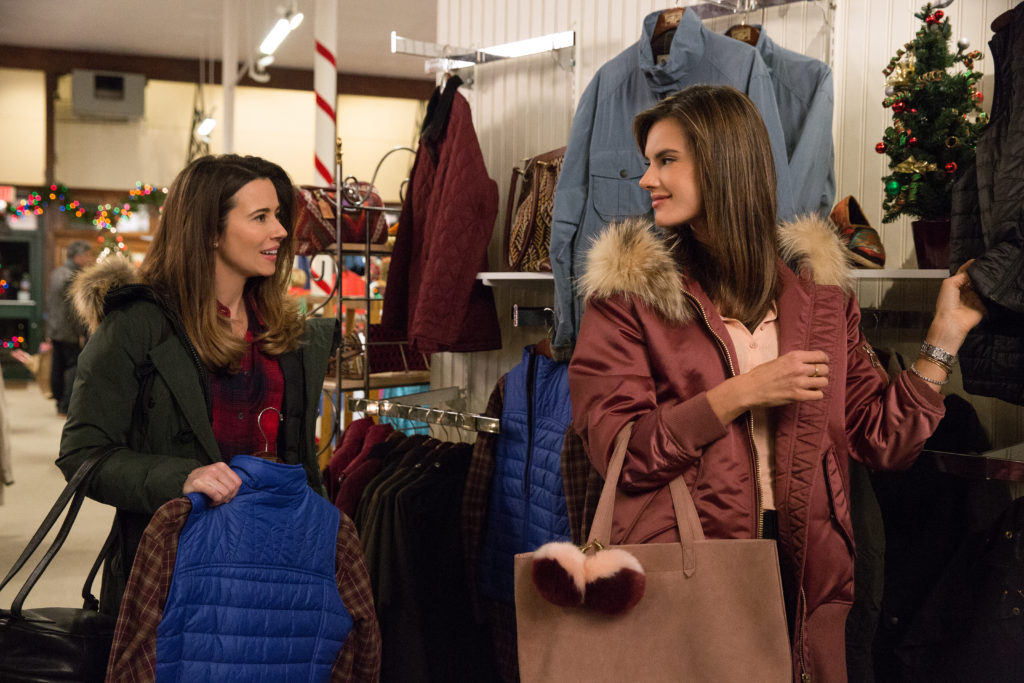 Q: I loved how you and Karen (Alessandra Ambrosio) weren’t fighting.

Linda Cardellini: That was very important to me that we (the moms) were not competing for overlooks, or husbands or anything like that. I really wanted to make sure that it was about our kids. It was really about Sarah’s anxiety and wondering if she was a good parent and also the idea that you have to contend with different parenting styles. Karen thought it was ok for her daughter to have a little bit of alcoholic eggnog and it was her (Sarah’s) nightmare. She’s not a bad person but her skill set is different from hers.

Q: Can you talk about being an ok mom or letting go of what others think?

Linda Cardellini: I think I’m still finding that as a parent. I’m a working mom so that is an interesting balance all the time. I had to work on Halloween and had to face time in between. But I felt it the worst. It’s hard to tell what’s hardest for me and what’s hardest for the child. Just when you think you have a handle on it, something throws you a curve ball and suddenly I know nothing again. For instance, “The Talk”, you think, before kids, that you will know exactly what to say and that you’re going to be different from your own parents and so open about and then when the time comes that it’s actually time to address certain things, it’s harder than you imagined. And I don’t think anyone has it all nailed down. That’s the good thing about school is that you are around other parents that it’s ok to say, how are you handling this certain situation. School is good for the kids and the parents. You can get ideas from one another. 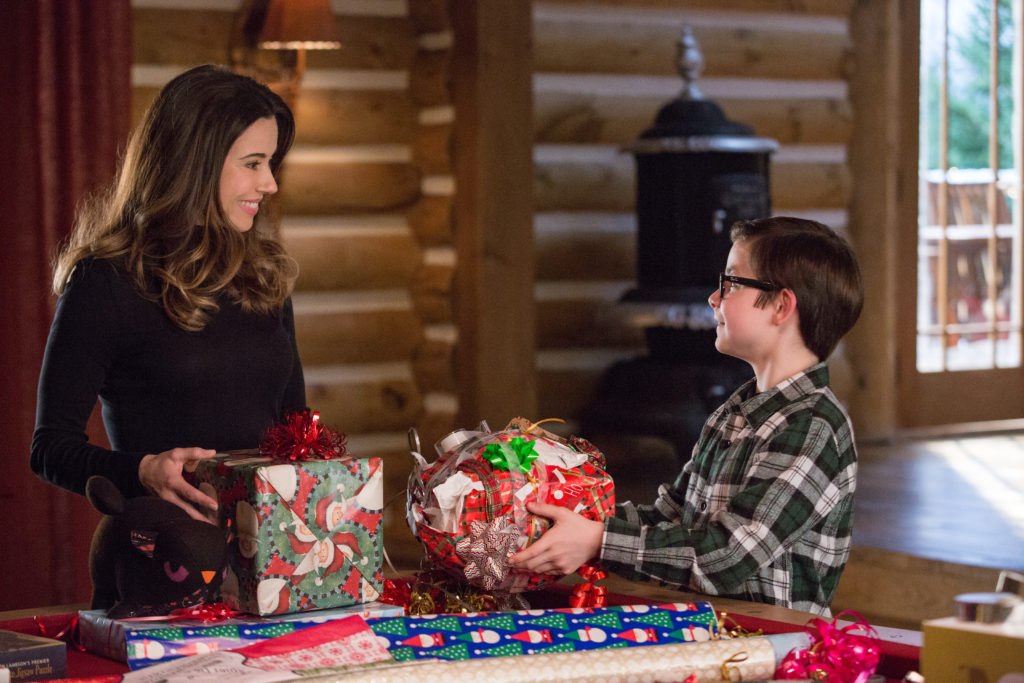 Q: What sort of traditions does your family have for the holidays?

Linda Cardellini: We’re coming up with new traditions. We’ve traveled a lot and before having kids the most important thing was making sure that I was home with my parents and carrying on those traditions that I’ve had for so many years. Now that I have my own daughter we are trying to invent things that we can take with us since we travel quite a bit. We’ve decided that no matter where we are if there is some kind of Christmas tree, whether it’s real or fake or if we have to cut it out of wrapping paper and put it on the door so that Santa can find us while we are on the road. 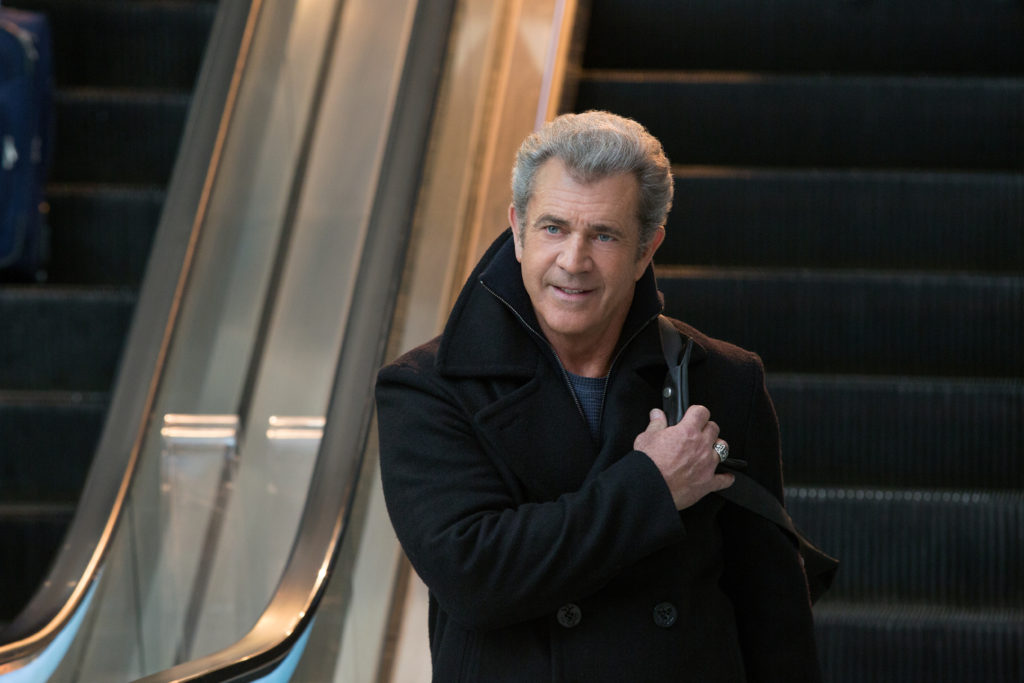 Q: How was it working with Mel Gibson?

Linda Cardellini: Everybody was great. That applies to everybody in the cast. The first movie was great and the second movie was even more fun. He’s a part of that. My experience on set was one of my best.

Q: What was the craziest and outrageous scene to film?

Linda Cardellini: The singing scene was so much fun. We got to go into a studio and record it as if we were in the video of We Are The World. That was really fun. We were in there for a few days with mixed temperatures, sometimes light, sometimes no light. 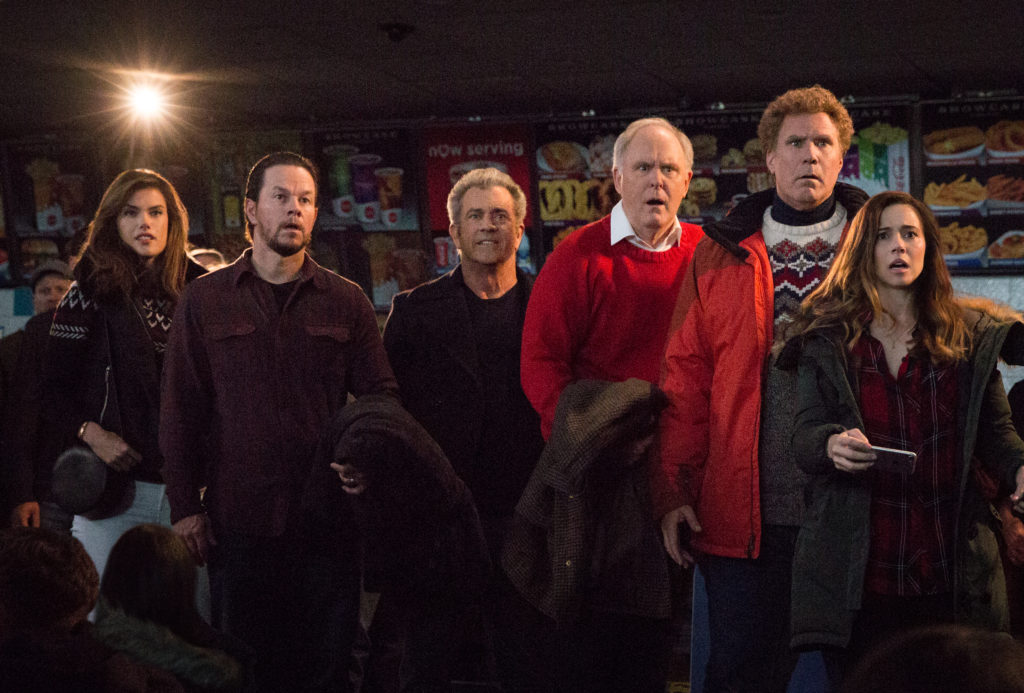 Q: How did you all handle the underage drinking scene on the set?

Linda Cardellini: There was absolutely no underage drinking on the set. The kids who play Scarlett, Owen and Dee Dee had their parents on the set and they are great. The kids are super sweet and really talented and professional. For the kids to be 8, 10 and 11 they were re
Scarlett’s scene where she’s supposedly intoxicated was nervous. She didn’t know how to play those things necessarily because they had never been intoxicated before. That speaks to what great actors they are. Their parents were right there with them the entire time. During her line delivery, Will was throwing improve lines at her and John Cena would say, now say this. She was so good at following their lead. She was very sweet. 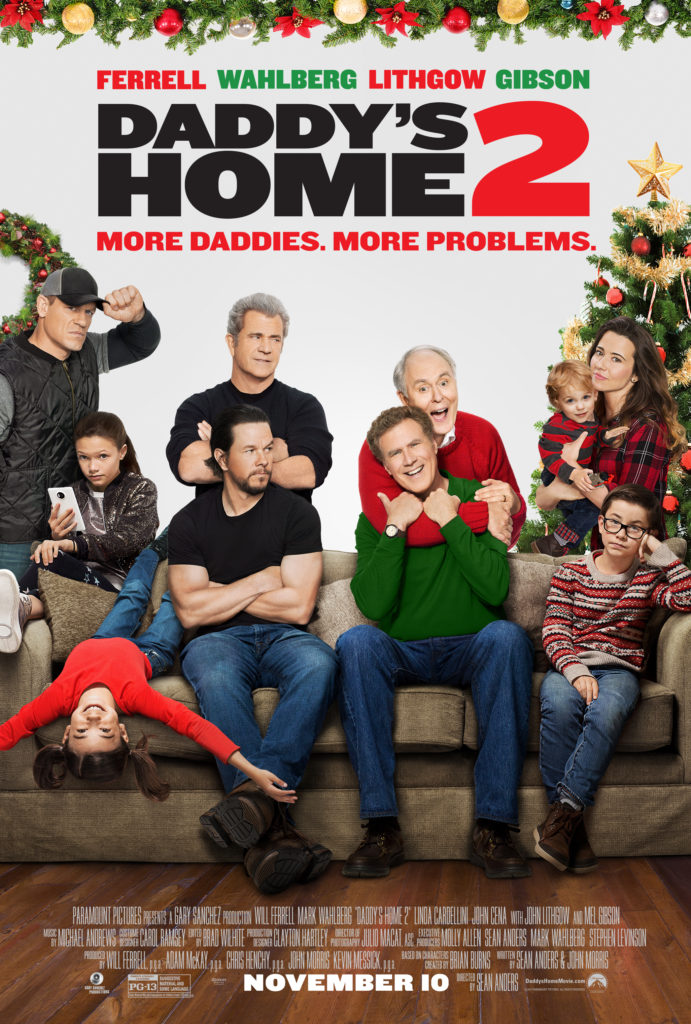 Daddy’s Home 2 is in theaters on November 10 just in time for the holidays. There are some sensitive topics discussed in this film but I still consider it very family friendly and it’ll be sure to provide plenty of laughter for all.

Portions of this material have been provided courtesy of Paramount Pictures.