Visiting the Disney Animation Studios campus is always quite an event. One full of adventure and behind the scenes excitement. In a recent trip to the Tujunga campus, we sat with Disney animators Hyram Osmund (co-head of animation), Mack Kablan (animation supervisor for Maui), and Eric Goldberg (animation supervisor for Mini Maui) to learn more about Maui Mythology, as animators worked together to bring a legend to life and answer the question, who is Maui? 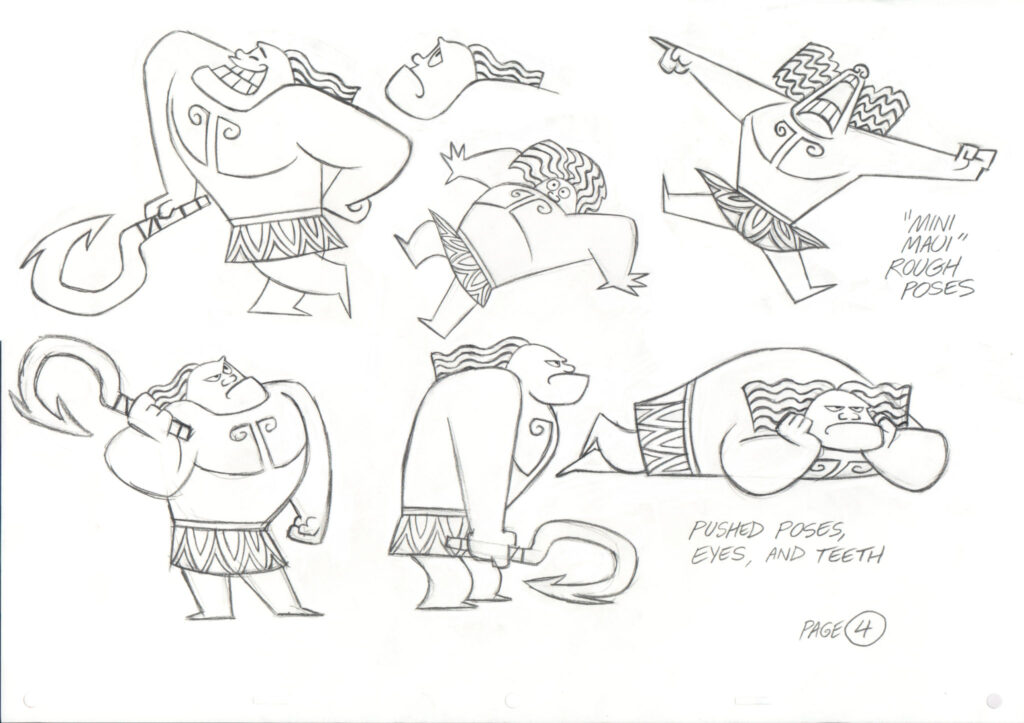 Maui – The Myth and the Legend

Not only is Maui island on Hawaii, Maui is also a great demigod from Polynesian mythology. While the perceptions of Maui varies across the Pacific islands, Disney worked hard with the Oceanic Story Trust to create an animated amalgamation of the different inspirations.

The demigod Maui played a big part in inspiring the film Moana to be made. Early on, before the incarnation of the story, director John Musker became fascinated with the setting and story of Oceania, where he saw Maui as a superhero with a trickster element. He, along with Ron Clements, thought Maui would play well into Disney's next epic and comedic adventure film.

Bringing a Legend to Life

As with any Disney film, Maui came to life in the design room at Disney animation studios, with some of the first versions of Maui being bald. But, after consulting with the Oceanic Story Trust, the directors and producers learned that those who grew up with the legend of Maui always imagined him with a full mane of hair. Which added even more personality to Maui's design.

Anatomy was also a very important part of this film since many of the characters are never fully clothed. For Maui, animators were looking to create a strong, athletic figure with a sense of mass, muscle, and power, all while keeping Dwayne Johnson's charming demeanor. And of course his adorable little dimples when he smiles. 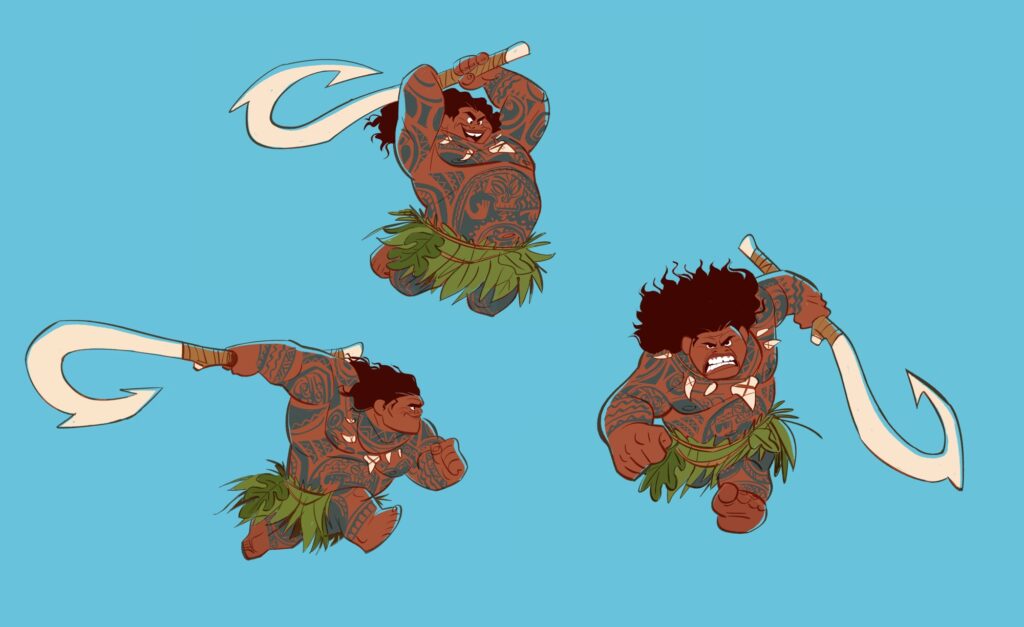 To create a personality as large as Maui himself, animators looked to video recording of Dwayne Johnson reading his lines to figure out how Maui would perform and deliver his lines. In the early clips of Moana we saw, Dwayne's charm, confidence, and personality shine so bright through Maui it's hard not to fall in love with his character.

The magical fish-hook Maui carries is not meant to be a weapon, but instead gives Maui the ability to shape shift while on his adventures around the islands. Whether Maui has to swim stealthily like a shark or fly high like a hawk, animators wanted to ensure that every transformation captures the personality and essence of Maui.

No we can't talk about Maui without talking about his amazing tattoos, a combination of CG animation with 2D animation.

Maui's entire body is covered in tattoos highlighting his accomplishments, and within them is a cute little 2D figure of Maui who animators affectionately call Mini Maui. What I love most about Mini Maui, is that he's not just another tattoo. He has his own personality and a function in story. He acts as Maui's biggest cheerleader, his alter ego, and even his conscious since Maui is a bit of a trickster. 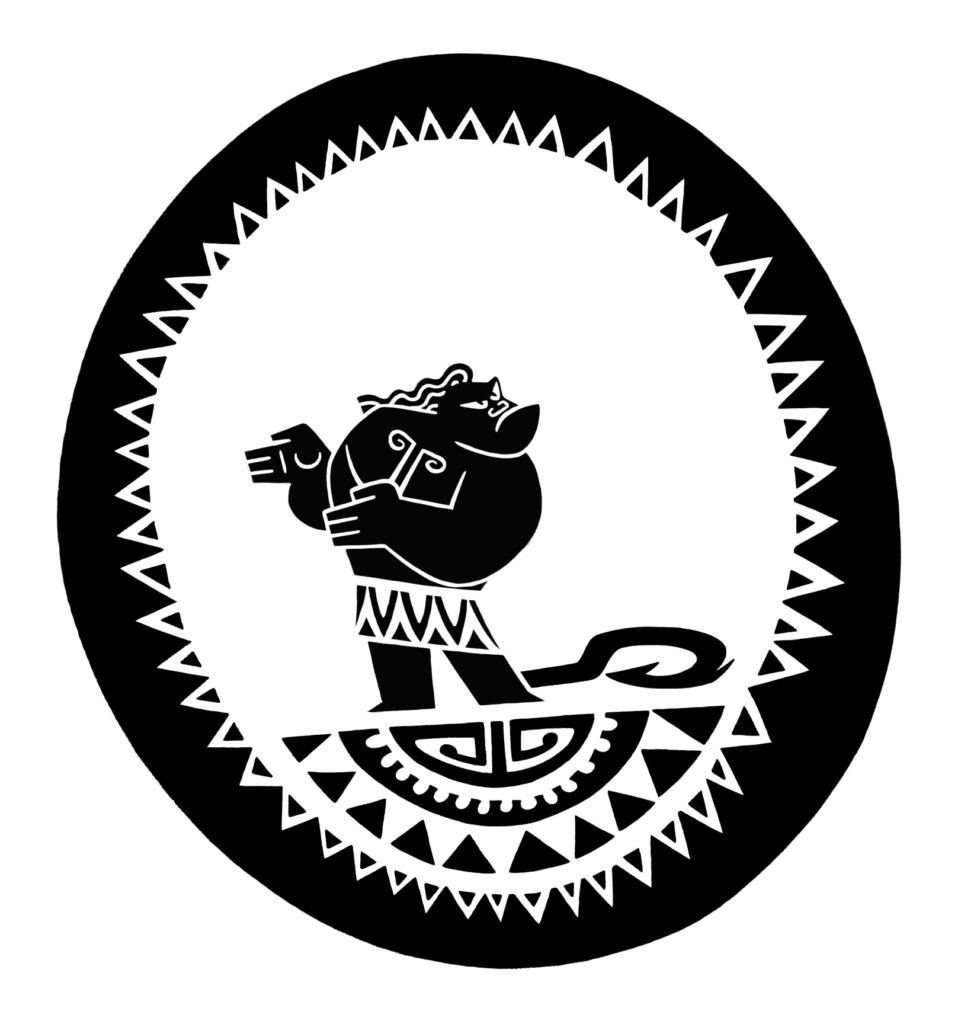 Fall in love with the Maui Mythology when Moana sails into U.S. theaters on Nov. 23, 2016.

For centuries, the greatest sailors in the world masterfully navigated the vast Pacific, discovering the many islands of Oceania. But then, 3,000 years ago, their voyages stopped for a millennium – and no one knows exactly why.

From Walt Disney Animation Studios comes “Moana,” a sweeping, CG-animated feature film about an adventurous teenager who is inspired to leave the safety and security of her island on a daring journey to save her people. Inexplicably drawn to the ocean, Moana (voice of Auliʻi Cravalho) convinces the mighty demigod Maui (voice of Dwayne Johnson) to join her mission, and he reluctantly helps her become a wayfinder like her ancestors who sailed before her. Together, they voyage across the open ocean on an action-packed adventure, encountering enormous monsters and impossible odds, and along the way, Moana fulfills her quest and discovers the one thing she’s always sought: her own identity.

Portions of this material has been provided courtesy of Walt Disney Studios.
Click here to cancel reply.