Thank you to 20th Century Fox for hosting a press trip to Las Vegas, and for the opportunity to learn about the Snatched movie from filmmakers Jonathan Levine and Paul Feig, along with Goldie Hawn and Amy Schumer.

Last month we jumped at the once in a lifetime opportunity to fly to Vegas and learn more about the Snatched movie, 20th Century Fox's latest film slated to hit theaters May 12th, 2017, and starring two of comedy's leading ladies, Amy Schumer and Goldie Hawk. As we sat with filmmakers Jonathan Levine and Paul Feig, as well as Amy Schumer and Goldie Hawn, we got a behind the scenes look at how the film came about and how Amy and Goldie's touching off-screen and on-screen mother/daughter relationship is one that audiences will come to love this Mother's Day weekend. 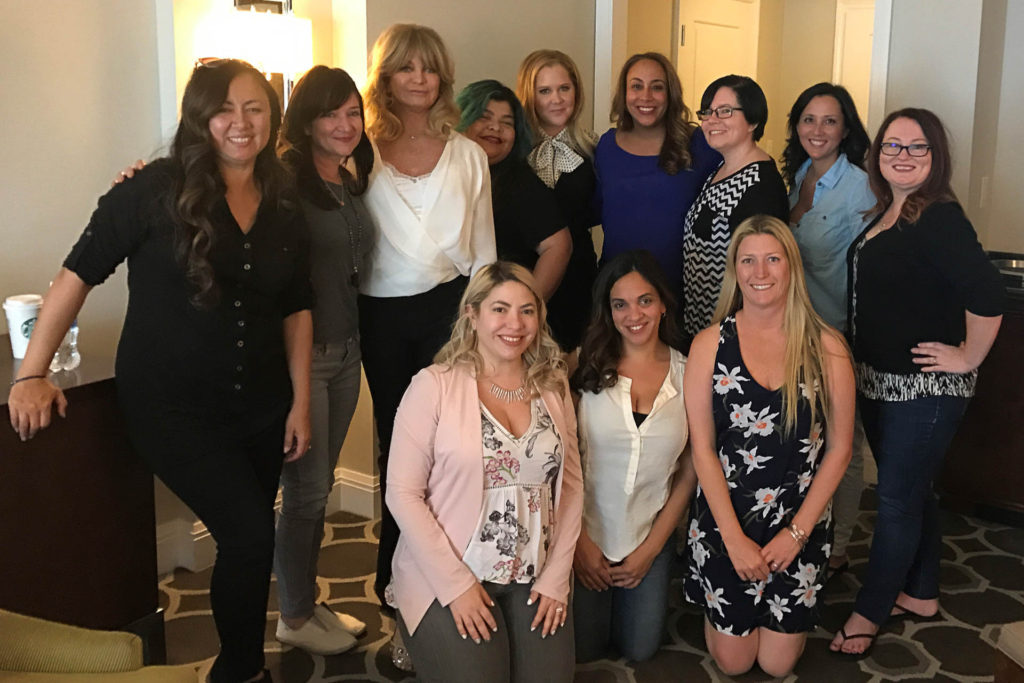 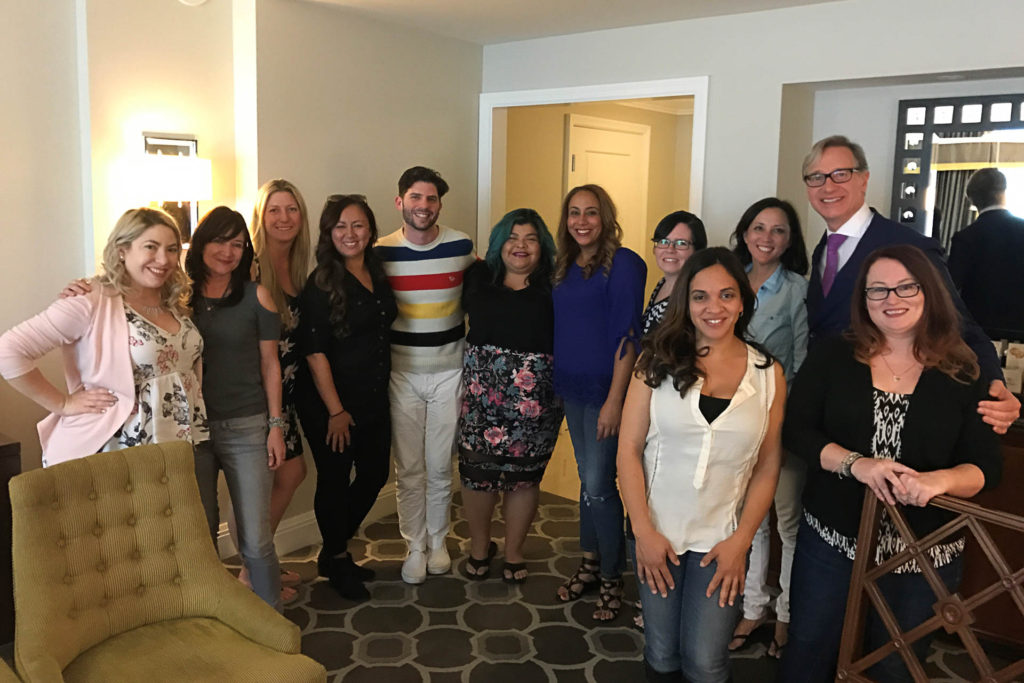 Q: How did this film come about?

Paul Feig: Amy Schumer had written the Snatched movie script based loosely on her experiences with her mom, who had gone through a divorce and all this. It was such a funny script, but I didn't have time in my schedule to do it. But we really loved it. That's when Jonathan came on. We're such big fans of Jonathan and it was a really good match.

Jonathan Levine: I was very excited to work with Amy. I loved Trainwreck. I loved Katie's writing and her work with Paul. The script I read was just fantastic and had this great kind of mother-daughter relationship at the heart of it. As a new parent, I was thinking about all the things that I was critical of my mom for and then started to empathize a lot more as I started to make those very same mistakes.

At the heart of the movie, well, it's two things. It's about learning to see your mom as a person again, which, you know, even though you guys are all moms, I bet you guys have the same thing because I sort of think of my mom as like, “Oh, well, you had me and then your life ended. So, now you're about me.”

From the mom's perspective, it's about her sort of learning to reconnect with that person she was before she had her daughter, or early on when she was a mom.

Q: How did you go about casting Goldie for the Snatched movie?

Jonathan Levine: Well, this was Amy's idea. From the beginning, she was saying this should be Goldie, and I was very excited about Goldie, but I also was excited about lots of people. Then I sat down with her and Goldie at a hotel in LA, and the moment I saw the two of them together, I was like, “Whoa.”

This chemistry is unreal. It's such a special opportunity to be able to bring Goldie back after all this time, just to see the two of them together, it just felt like a very, very special kind of meant to be a thing. That's kind of how it happened.

And it wasn't just seeing the two of them together. It was actually seeing the way Amy lit up around Goldie too. It was so incredible and just because she's such a fan of Goldie's, it was awesome.ow much improv was allowed? I mean, I can't imagine that Amy would stick to a script. 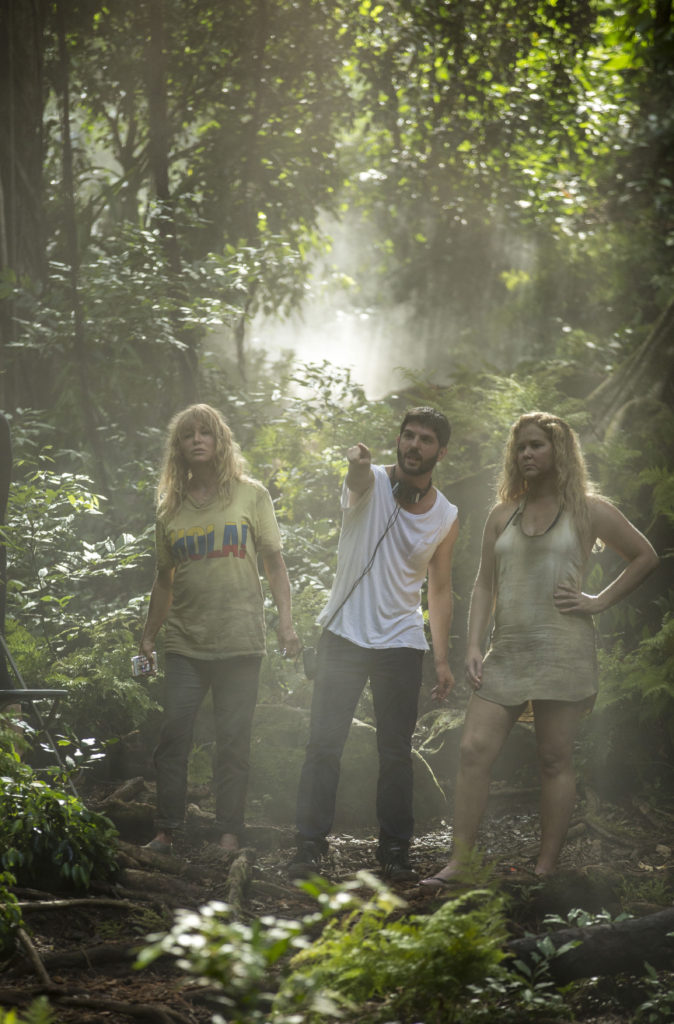 Q: Goldie, why did you want to take on the role?

Goldie Hawn: I wanted the role to take on me, actually because it was really a perfect situation. Actually, I've been away from movies for a while, and I really was ready, ripe.

Truth is, there's very little stuff out there for women of a certain age, and when this came about, it was sort of a dream come true, meeting Amy, who had a sensibility, a similar humor, the ability to make you laugh and cry, sometimes at the same time. It's a gift and it's a talent.

That's why I was ready for the role to take me over, right, and surrendering to that because this character is nothing like me. It was a challenge because I'm not a wallflower and she was sort of a wallflower in this movie.

Q: Did you guys meet before filming began for the Snatched movie? What was your first meeting like?

Amy Schumer: Well, my first meeting was, well I was star struck. I was on a plane cross country, and she was on the plane. I was just like, “Oh, my God,” because she's my number one. My whole life she was my favorite actor, everything.

I'd already read the script and I knew I wanted it to be us. I didn't want to go up to her on the plane because then the rest of the flight someone's looking at you. Every time she turns around I'm like–you know? So, I was like, “Okay, just leave her alone.”

But, Goldie is Goldie, and just so fun. Just watching her interact, any flight attendant or anybody that come over, just so sweet. It was a long flight, so she's waiting for the bathroom and she's also kind of doing yoga in the aisle. It's like what you want.

So, I went up to her in the terminal after the flight, and I introduced myself and I was like, “There's this movie, and I would really love for you to play my mom in it.” She was just very sweet and–“Okay,” you know? Then the first time we actually really spoke was at the Glamour Awards?

Q: How much improv was allowed? We can't imagine that Amy would stick to a script.

Jonathan Levine: There are really no rules. It was not the type of thing where it even lent itself to crazy improv, because the scenes always had an emotional kind of plot through-line, and there's also a lot of action too.

Amy gets to improv whatever she wants, and Goldie gets to improv too. She just doesn't do it that much because it's just not her style of comedy, but Amy–it very much is. Amy's been writing her own content for years and doing it very successfully. So, I would be stupid not to get those free extra jokes. And Goldie is able to do it really well within the character because Goldie approaches it from a very character-based perspective.

And it wasn't just the two of them. It was Randall Park and Ike Barinholtz and Wanda Sykes and all these amazing comedians that were allowed to do kind of whatever they want

Q: What were the most surprising things you guys found out about each other while working on the Snatched movie together?

Amy Schumer: I was surprised at how open Goldie was in terms of just being open to meeting people and experiences. She says yes, you know? I'm more guarded; I think just for me, all my years on the road doing stand-up and the hurtful things that have been said to me and getting myself in these situations where people don't respect boundaries and that kind of stuff. She has just a full life because she gives everyone the benefit of the doubt and I really tried to learn from that. 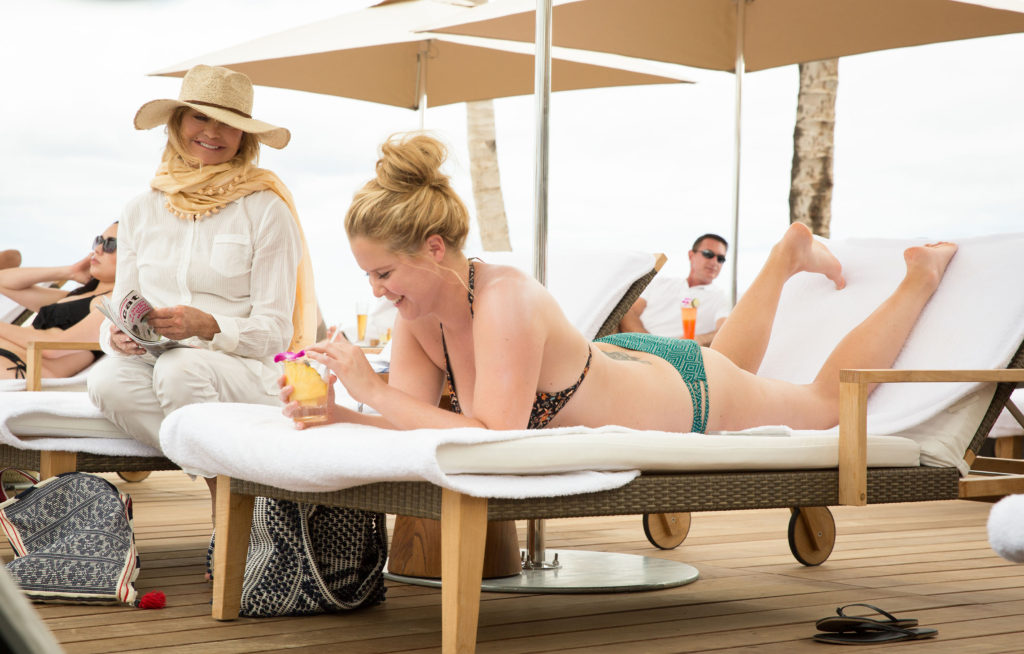 Q: Do you think there are going to be tears, definitely tear-jerking going in the Snatched Movie?

Paul Feig: Yes, I get choked up a bunch in this movie. Three times, in particular, I did that, yes. Oh, yes.

Amy Schumer: There's a lot of things taken from my exact real life with my mom, like, a couple of lines. There's a line where we say, “Just because you can't control this moment, you don't have to lash out at me.” And that came from it exactly.

What I would say that they have in common is I think my mom's very pretty also. They are good at playing passive aggressive and also really funny and the victim. They can be the one making you laugh or they kind of let you laugh at them.

I think there's a similar humor. My mom isn't hilarious, but there is a similar effect that they both have on me where they can really make me laugh and be moved.

Q: How does it make you see your mom now?

Jonathan Levine: I certainly have a lot more empathy for my mom now. I've always loved my mom. The things that I used to kind of take for granted I try not to as much. I try to hang on the phone a little bit longer, you know? I try to call a few more times.

Amy Schumer: Yes, and I'll try not to cry. No, I'll probably cry. My mom and I were always really close. Then, I turned 12 and she kind of utilized me more as a friend. It's a hard time. A teenage girl, nobody's exempt from those years. Then we got close again. Then at about 30, I kind of took in my whole life and saw the mistakes that she had made, and it really hurt me. Now at 35, because it's a constant evolution and it's a constant negotiation, your relationships with your family, your whole family, I really look at her as someone's daughter. I know she did the best that she could and she continues to. I really try to love her for who she is, because you said this once. You just crave your mother.

There's a moment in the movie where I say or I hug her and I just say, “You're always there,” if I call you at 3:00 in the morning. I have a nightmare and I can still call my mom and she'll pick up. She always answers.

Q: What was your favorite part of the movie?

Amy Schumer: There was this running gag where I would pick Goldie up. If we're coming out a window, I was like, “Well, what if she goes on my back?” It wasn't in the script, but we started having this thing in a lot of scenes that I'd pick her up.

Then there's also a scene where these guys carry her out of this cell and I'm like, “Fight, Mom, fight,” and she's going, “Go limp.” That was her thing. She'd be like, “Go limp.” and every take it was funny. These things never got old.

Also, the chicken truck. I just have to say there's this one scene where we're riding in the back of the truck with actual chickens. It was take a million, and we're just sitting there in between takes and kind of like looking around, and I'm thinking, “Is Goldie going to turn on me?” She's in the back of a chicken truck. It's 110 degrees out here. Like, “What did you get me into,” you know? It was just funny.

About the Snatched Movie

After her boyfriend dumps her on the eve of their exotic vacation, impetuous dreamer Emily Middleton (Amy Schumer) persuades her ultra-cautious mother, Linda (Goldie Hawn) to travel with her to paradise. Polar opposites, Emily and Linda realize that working through their differences as mother and daughter – in unpredictable, hilarious fashion – is the only way to escape the wildly outrageous jungle adventure they have fallen into. 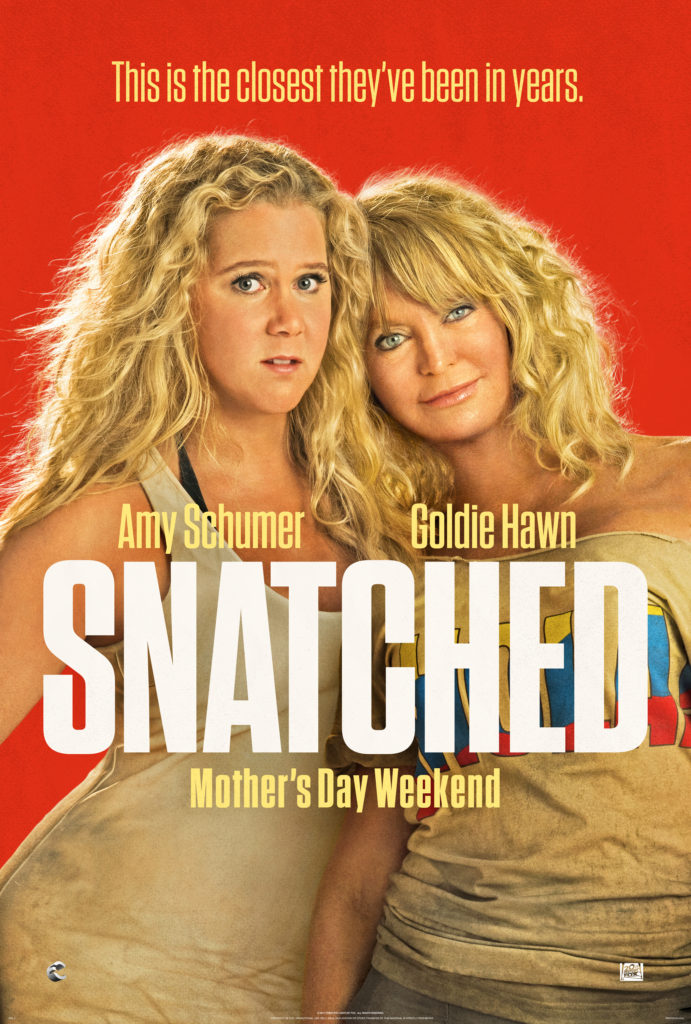 Portions of this material for the Snatched Movie have been provided courtesy of 20th Century Fox.