Just ten days ago I found myself embarking on a secret event of epic proportions, the global media day for the Star Wars: The Force Awakens press conference. This event, even it's location, was held classified until just two days before it's opening. 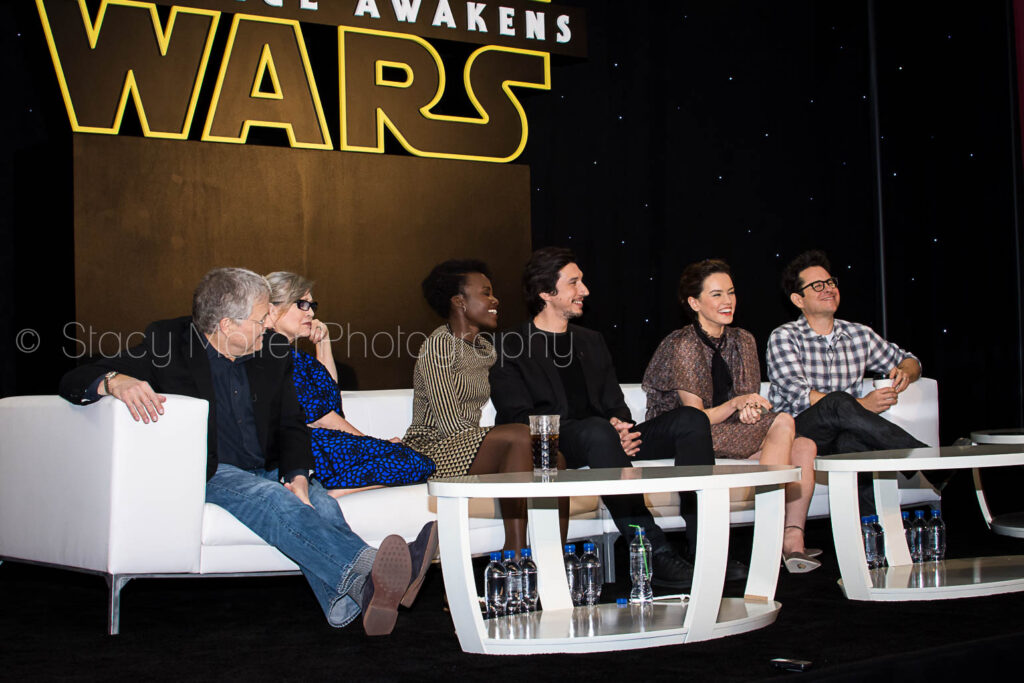 The excitement around this film has been unprecedented to say the least. Even at the press conference we were ushered behind a large white curtain blind, passed through metal detector wielding men in black suits reminiscent of Secret Service agents, and geotagging our location on ANY social media platform was a no-no, keeping us all on our toes until the event was over.

But all the fuss and the preparation for this event wasn't without merit. In just a few short hours we would find ourselves sitting with the cast of Star Wars: The Force Awakens. An event only to be rivaled by the Hollywood premiere just days later.

As we sat with Carrie Fisher (“Leia”), JJ Abrams (Director/Producer), Daisy Ridley (“Rey”), Adam Driver (“Kylo Ren”), Lupita Nyong’o (“Maz Kanata”), and Lawrence Kasdan (Screenplay By), we learned more about the film of the year, chatting about if there will be Ewoks in Star Wars: The Force Awakens (sadly there won't be), if Maz Kanata's relationship with Yoda was convivial, girl power, and much, much more!

Straight from the mouths of the creators.

JJ Abrams, what was the most important thing to bring to The Force Awakens from the original trilogy, to you?

JJ Abrams: When Kathy Kennedy, Larry, and I started talking about what this was at the very beginning, the fundamental question was what did we want to feel, and what did we want people to feel when they came to this movie. And the answer was the kind of sense of discovery, exhilaration, surprise.

The comedy that George Lucas put into Star Wars kind of was, for me, the thing that made me love the movie. When you look at all the things that he got right, it’s impossible, and stunning. For us, at the very beginning, it was really about knowing why we were telling this story and it was to give people that sense of possibility and magic that we all felt when we first saw the original Star Wars.

I will say that this is all to tell a new story. Meaning, it’s not a nostalgia trip. We had to go backwards in order to go forwards. If you look at 4, 5, and 6, those are stories that continue. This is 7, so the history of 7 will be what we’ve seen before. The fabric needed to be that which we are familiar with, in order to tell a brand new story. 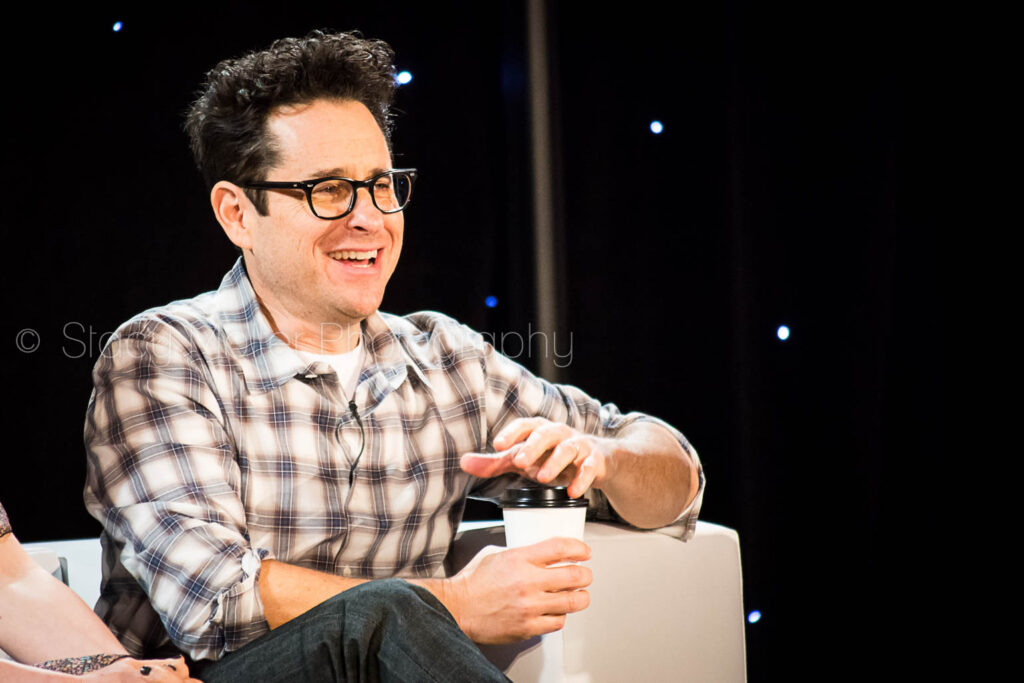 Lawrence and JJ, since you two were really the brain children behind the story, how much did you look at the extended universe and the extremely large canon of books that have been written around the Star Wars universe when you decided to make this? Or was it more looking at Return of the Jedi and just figuring out how you guys feel it should have gone?

Lawrence Kasdan: I think it had more to do with Jedi and the continuation of 4, 5, and 6. This is 7. We were aware, we’re respectful of the canon, but we really wanted to tell a story that interested us and delighted us, and we didn’t really want any rules and parameters particularly. We just said, we can do anything we want with this story. What would be the most fun thing to do on this page, and the next page, and the page after that? And that was sort of the guiding principle, I think, more than the canon or anything that had come before. 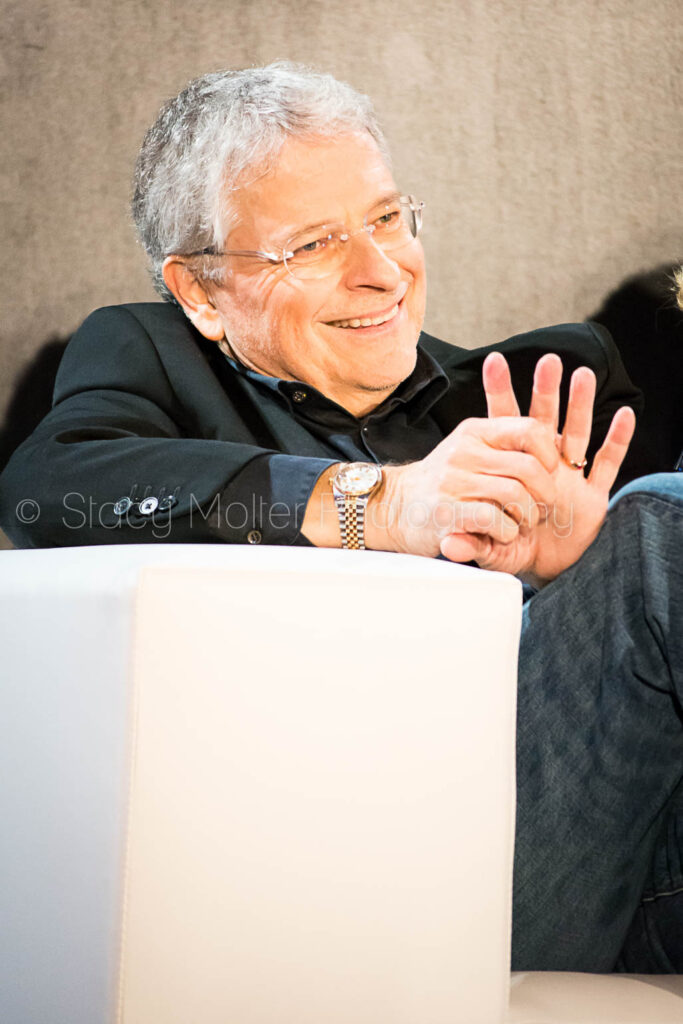 Adam Driver on being Kylo Ren

Adam, Kylo Ren looks hilarious, and normal. He seems very focused and obsessed, and in my mind he is like Robert De Niro’s character in King of Comedy. Is any of this even approximating the truth?

Adam Driver: He’s a great cook. You know, he’s a Scorpio. I think he’s very polished and unfinished and I think what JJ and Larry did, keeping all the vocabulary that everyone’s very familiar with of Star Wars and the dark side, and keeping that very much intact, but also adding a kind of recklessness or something that’s kind of un-neat about that.

Lawrence Kasdan: That’s why were so excited about Adam playing this part because there’s never been a character like Kylo in the saga. And no, he hasn’t got his shit all together, I would say. Adam acts it so beautifully because what you’re looking at is, you expect some evil genius but what you’re getting is all the contradictions and the conflict that people feel. That’s what’s so amazing about it and I think that’s what’s unique about what Adam has done. 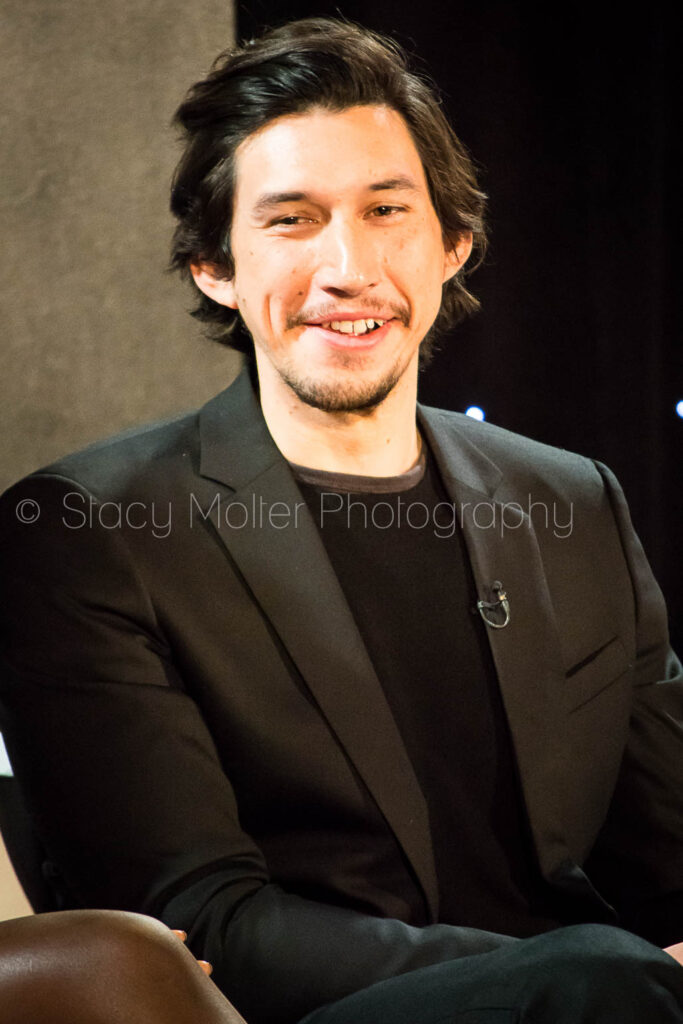 Lupita, you recently were in a play in New York City and I’m wondering what the experience was like acting with other actors versus what I can only imagine was at sometimes a very solitary experience shooting this movie.

Lupita Nyong'o: Fortunately for me, JJ had me be a part of principle photography so my very first experience of motion capture was on the actual sets with the actual actors. I am eternally grateful to him for giving me that, because it was a great way to get into this wonderful, crazy thing called motion capture. I got to be on those sets and see those things and feel them and the art direction in this. There’s so much detail, even when you’re standing on that set, that it’s mesmerizing. I think audiences are going to have a very immersive experience, much like we had filming it.

It was good to have that and the physicality is something that then carries on into theater for sure, and that was a thing that attracted me to the idea of playing motion capture, the idea of working on a character that wasn’t limited by my physical circumstances and I could work with my body in new ways and I’ve continued that onto the stage. 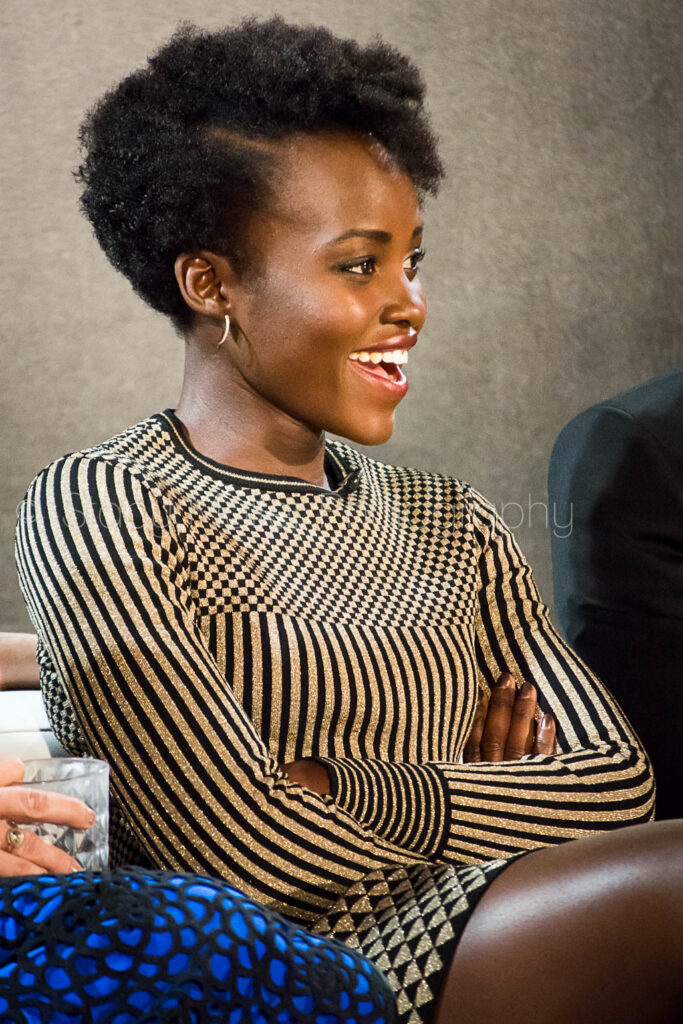 It really is all about the girl power!

Daisy, can you talk a little bit about bringing out the girl power in the original trilogy and also The Force Awakens?

Daisy Ridley: Obviously Princess Leia and Carrie is a source of inspiration for girls for the past eight years, and I’m definitely not quite there yet, but I hope Rey will be something of a girl power figure. I think with writing like JJ and Larry’s, and with a story of which she is woven into richly and holds an important role, I guess there’s no other way except to say that she will have some impact in a girl power-y way. I’m so not eloquent, sorry.

She’s brave and she’s vulnerable and she’s so nuanced. That’s what’s so exciting playing a role like this. She doesn’t have to be one thing to embody a woman in a film and for me, she’s not important ‘cause she’s a woman, she’s just important. It just so happens that she’s a woman. Like, she transcends gender. She’s going to speak to men and women. But obviously we started with Leia, and Leia’s still there kicking ass. We got Maz kicking ass too. So it’s wonderful to be part of obviously with Kathy at the helm as well, a wonderful crew and cast of wonderful women. 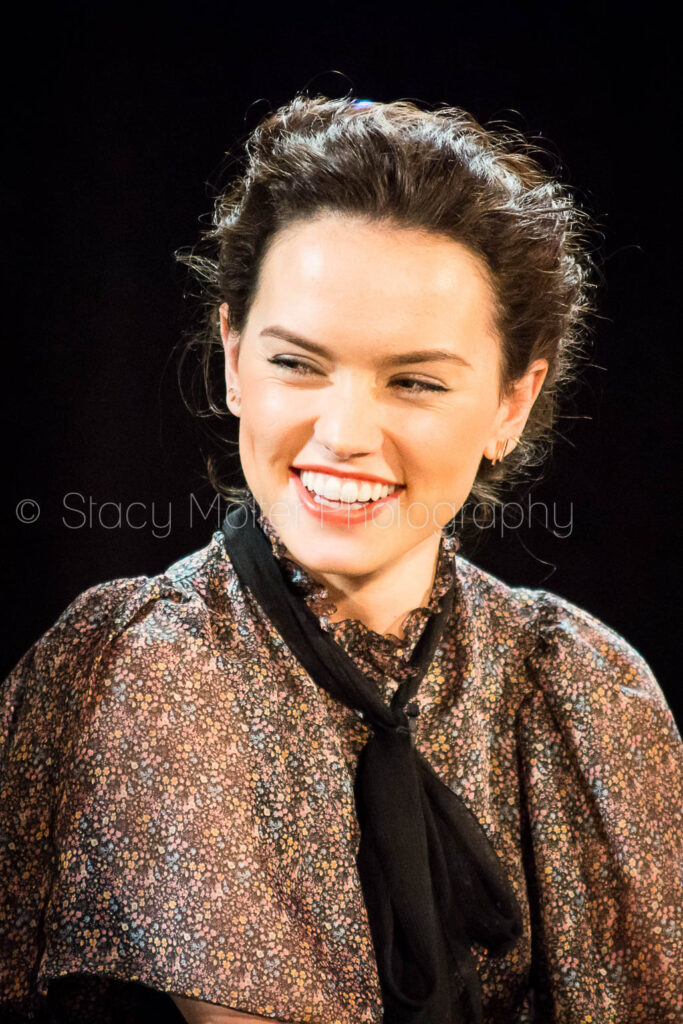 About Star Wars: The Force Awakens

Lucasfilm and visionary director J.J. Abrams join forces to take you back again to a galaxy far, far away as Star Wars returns to the big screen with Star Wars: The Force Awakens.

Portions of this material have been provided be Walt Disney Studios.