We walked the blue carpet at the Storks movie screening event on the Warner Bros. studio lot in Burbank, California. At the event we screening the first of six WAG films slated to open in the next four years, Storks. Storks opens with an all-new five-minute comedic Lego short film titled The Master. WAG (Warner Animation Group) is the new in-house animation studio for Warner Bros. Studios. 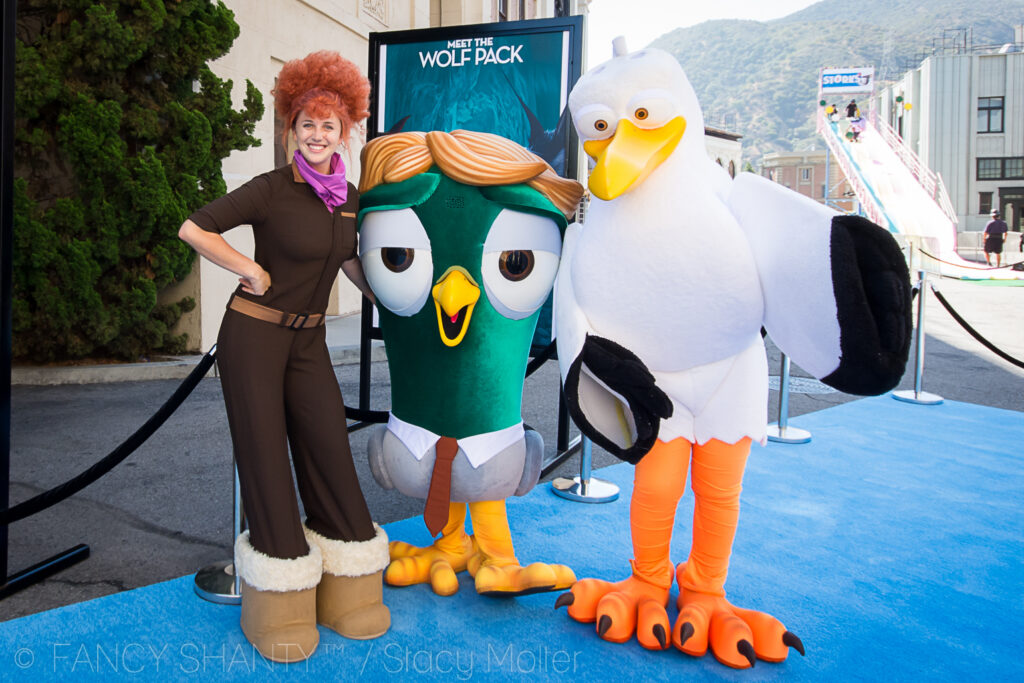 Storks, this first animated film to be released from WAG studios, is family friendly comedy your entire family will love. Our children (ages four years to 10 years) and us adults (we'll withhold our actual ages) couldn't get over how well screenwriter Nicholas Stoller captured parenting perfectly.

While Storks is full of laughter and comedy as we watch Junior and his orphaned friend Tulip try to deliver the most adorable baby ever, created accidentally by the Baby Making Machine, there is a secondary deliberate story aimed towards parents everywhere.

Within the story we meet a little boy named Nate who is an only child with fully disconnected work at home parents. Parents who are constantly on their cell phones and computers, and who are too occupied their careers to notice him. Nate's only desire is to have the storks deliver him a baby brother so he can have a friend to play with.

Will Junior and Tulip deliver their package? Will Nate get his baby brother? Will Tulip find her family? And why can't birds see glass like the rest of us. The animated film that bring the importance of family to the big screen opens this Friday, September 23rd.

The blue carpet was rolled out in Burbank this month in celebration of the upcoming release of the movie Storks, as family and friends joined in the joyous celebration on the studio lot. 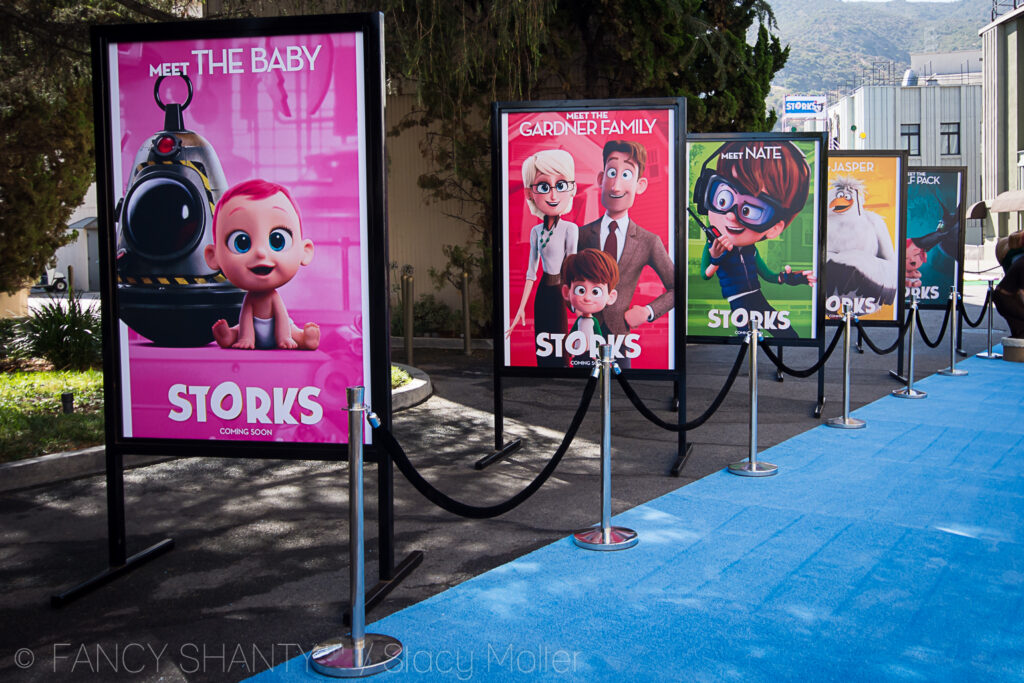 Greeting audiences at the event were some of the Storks leading characters; Tulip, Pigeon Toady, and of course Hunter.

As our flock wasted no time snapping a photo with the animated flock from the film. 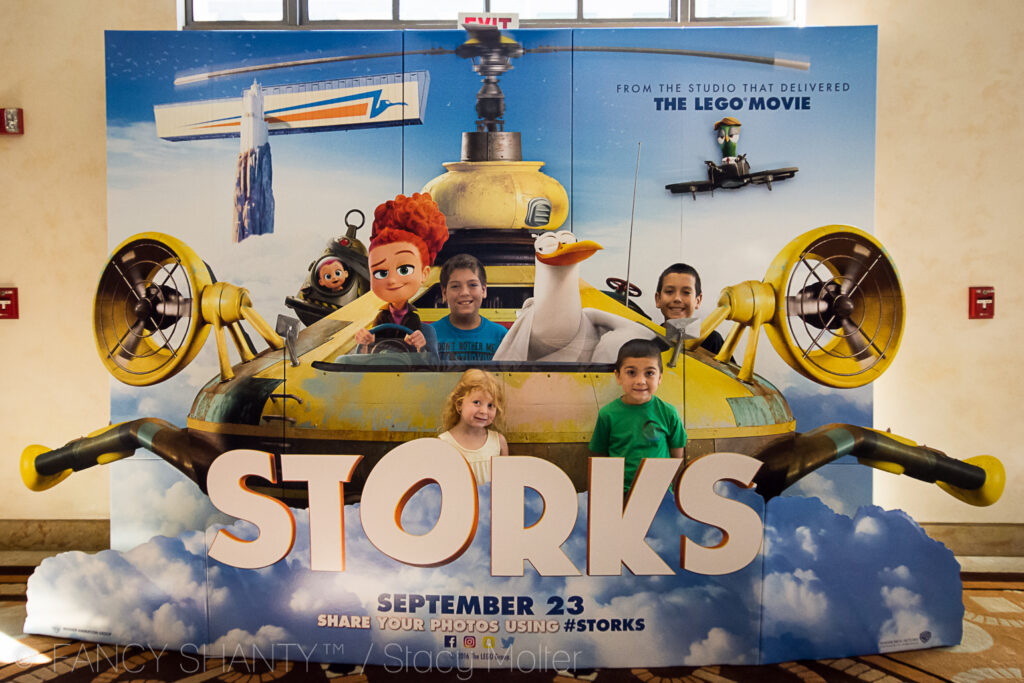 The after-party on the Warner Bros. Studio lot was an event not to be missed, with food trucks and crafts for the entire family. 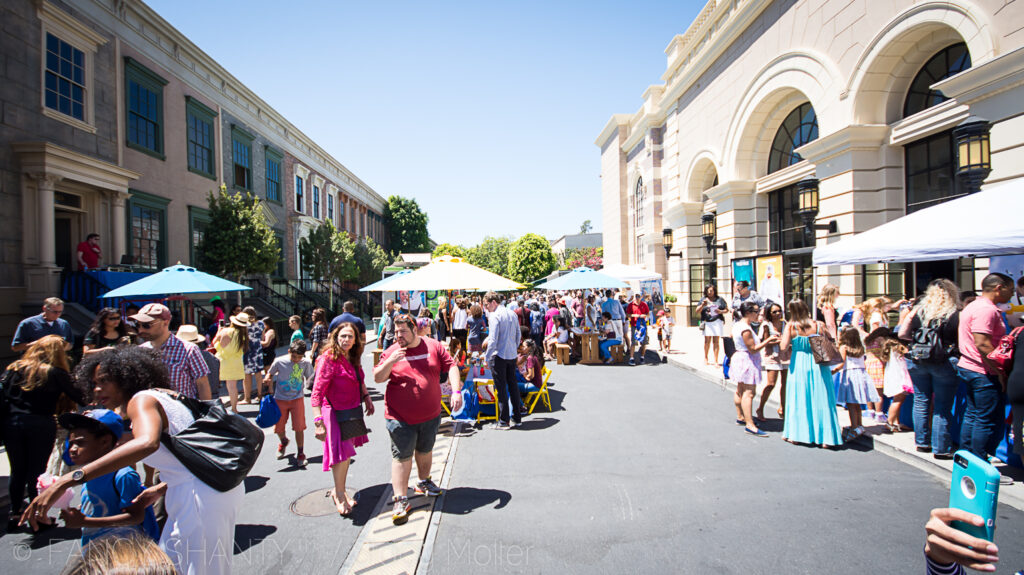 There was even a balloon artist creating some of the most amazing stork balloons I have even seen. 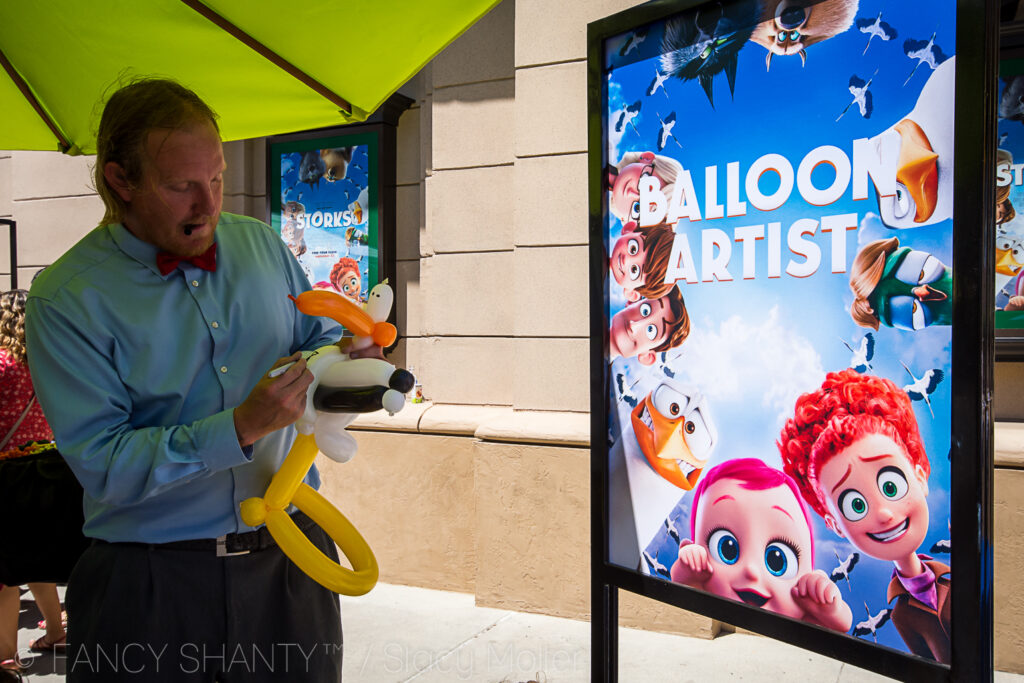 There were plenty of sweets for the kids. 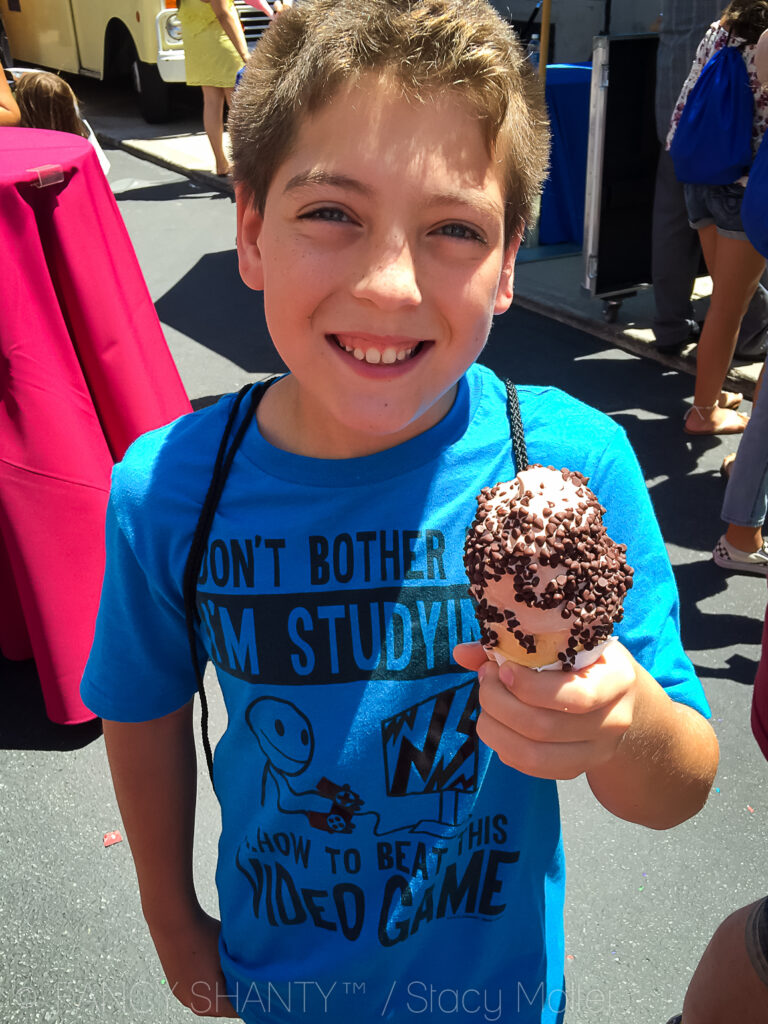 Even some sweet cotton candy. 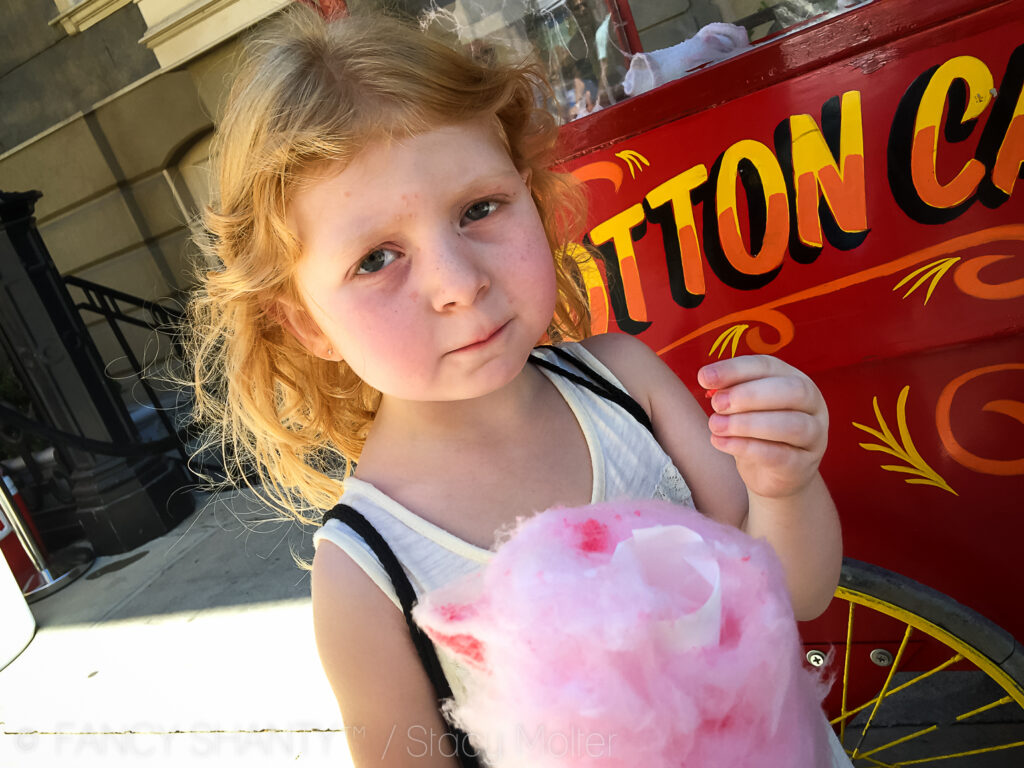 But the star of the event was the jumbo Stork slide.

And we loved the surprise box of Storks Back to School supplies we received after the screening.

From the studio that delivered The LEGO Movie. Storks opens in theaters September 23!

Storks deliver babies…or at least they used to. Now they deliver packages for global internet giant Cornerstore. Junior, the company’s top delivery stork, is about to be promoted when he accidentally activates the Baby Making Machine, producing an adorable and wholly unauthorized baby girl. Desperate to deliver this bundle of trouble before the boss gets wise, Junior and his friend Tulip, the only human on Stork Mountain, race to make their first-ever baby drop – in a wild and revealing journey that could make more than one family whole and restore the storks’ true mission in the world. 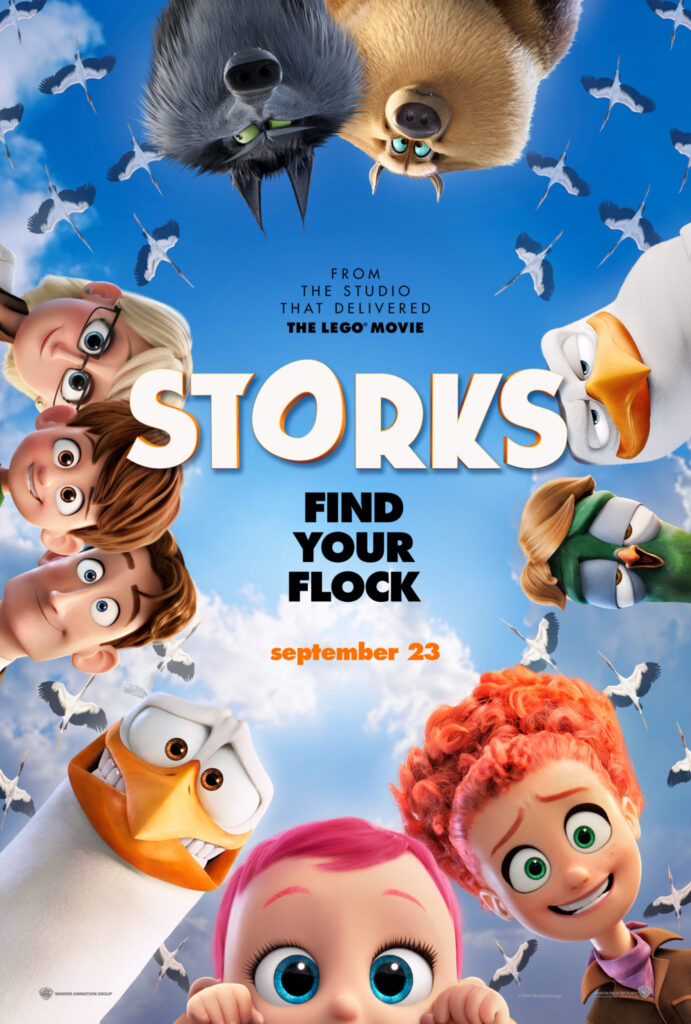 Portions of this material have been provided courtesy of Warner Bros. Studios.