The Beguiled is a film that celebrates the strength of women. The characters are fascinating, but they do not compare to the women who bring them to life. I had the opportunity to meet Kirsten Dunst (Edwina), Elle Fanning (Alicia), and writer/director Sofia Coppola. The three women share a delightful chemistry and showed themselves to be true professionals. 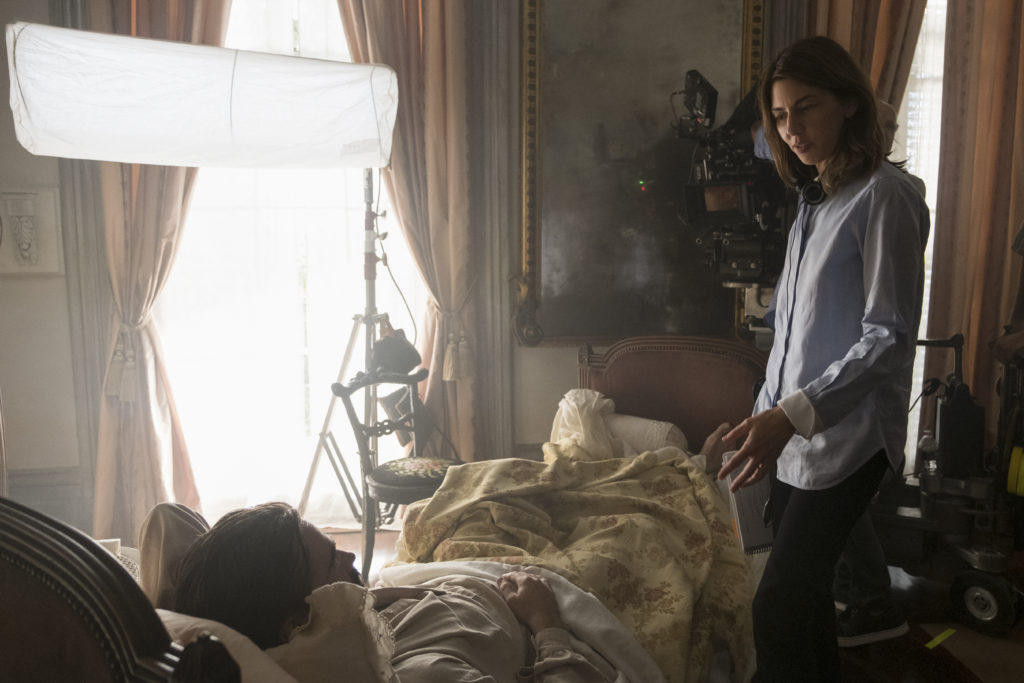 See also: The Beguiled Review – The Greatest Horrors Can Occur Away From The Battlefield.

One of the first things that the women discussed was bringing their modern sensibilities to these Civil War era characters.

I just imagine what it was like for the women at that time and how they were raised to be these, you know, lovely ladies and the whole idea of etiquette and charm and catering to men was really how they were raised, and then all of a sudden, they were on their own and had to learn how to survive and, you know, just imagine that these characters had to find their strength, especially Miss Martha, to protect these women. And I just thought about the human aspect of these women of what their lives were like and how they had to, you know, find the strength to survive.

And for me, I just felt like the whole house was so suffocating, you know. So by the time we bring this enemy in, there’s so many, for my character, there’s so much opposition inside of her because, you know, she’s trying to be a good Christian and a good example for the girls, and yet there’s this enemy, and then on top of it, she has so much repression, and then she’s under Miss Martha’s thumb. So Edwina’s just ready to explode. They’re dealing with desire in a way that they, you know, weren’t told about, weren’t prepared for, and they’re human.

We tried to get into what it was like for these women and how they spent their days and so, you know, they learned sewing and the different aspects. And the etiquette teacher helped us a lot for understanding, you know, how they carried themselves at that time. 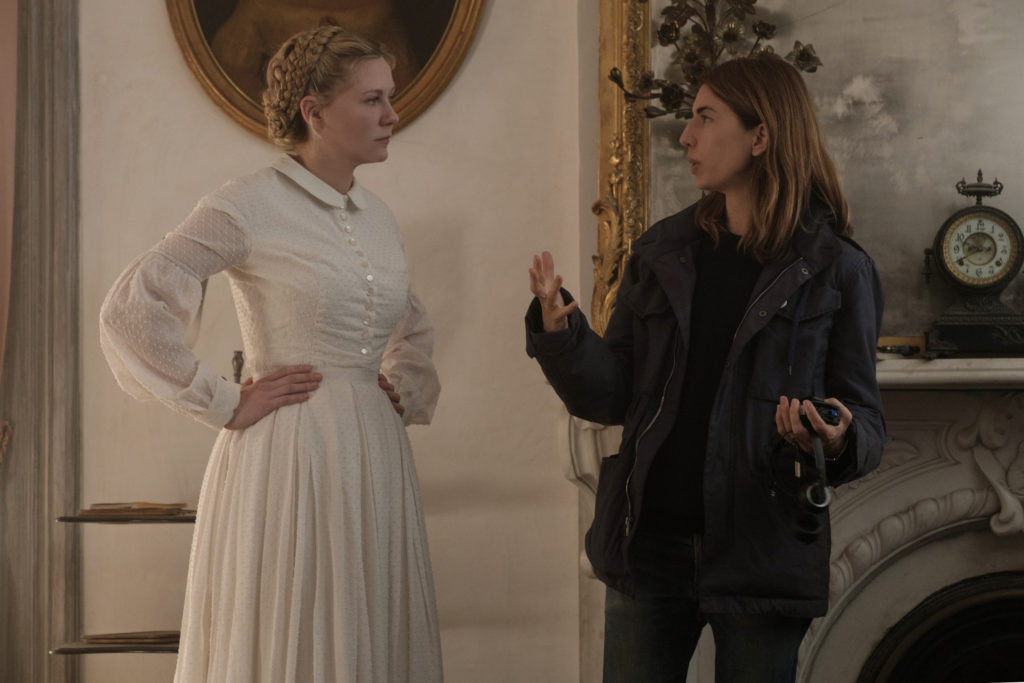 Coppola went on to describe the process of deciding to reinterpret The Beguiled.

I wanted to do something beautiful, but that’s all I knew. And then my friend told me about “The Beguiled” and said, “I think you need to see that and remake it. And I thought I would never remake someone else’s film. But then when I saw it I knew what she was talking about, that it was, you know, right for reinterpretation and that it was, you know, a story about a group of women told from a ‘70s man point of view of the soldier finding them and I thought oh, I just kept thinking about it. And it reminded me of “Virgin Suicides”. There was something about it that I could connect to that aesthetic of these, you know, women trapped in this house. And so I was curious too, I started, I got the book, it was out of print, and it’s told from the female character’s point of view and I starting thinking about what it was like for them and to set up this world, this isolated world of these women living together and then this enemy soldier comes in. And I love, the premise is so loaded, and to me, the story has so much about the power between men and women shifting back and forth and so heightened in this southern atmosphere. And I’ve always loved the south. It’s so exotic to me. I really tried to forget the other film and just approach it in a new way and I knew that they would bring so much. You know, we try to think about where those characters are coming from and make them human and then, you know, I looked at Kirsten and Elle for their characters to bring their take on it.

I only watched the movie once a long time ago when Sofia was first thinking about remaking it and then I never watched it again and I read the book, well most of Edwina’s parts in the book and I don’t know, I did my own thing. But the woman that played the part in the previous film was really good I thought. 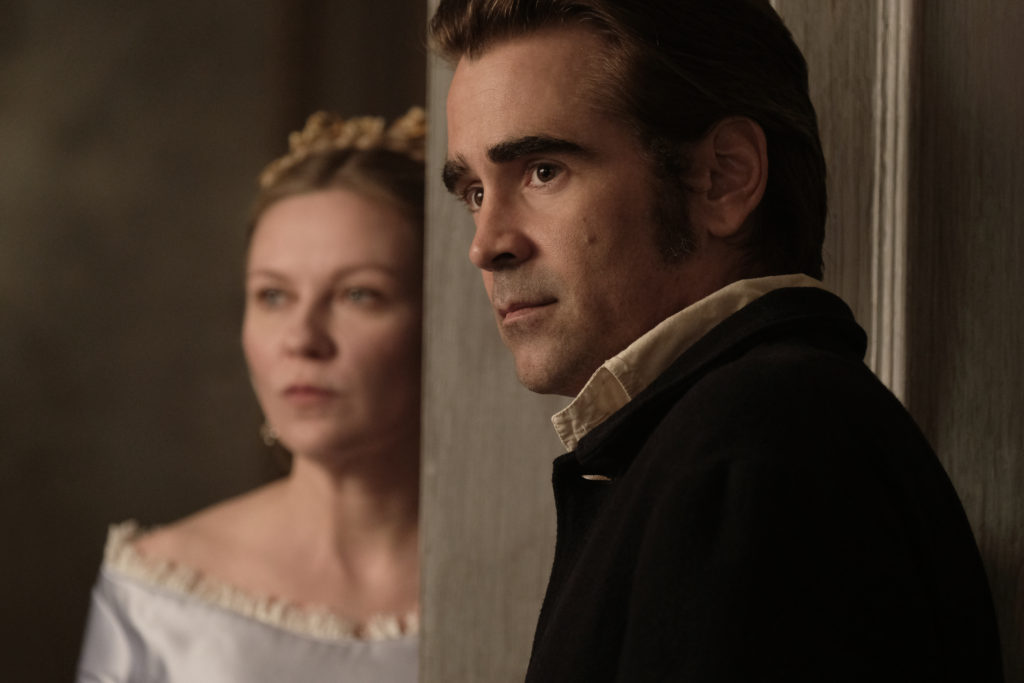 When it came to casting, one of the most difficult parts to cast was Corporal McBurney.

All the women I had in mind, but I didn’t know who could be the man and, you know, he has to be really masculine and he has to be able to be intriguing and charming to, you know, a 12 year old and a woman in her 40’s and if he was just like a cute hunk, he had to be complicated and you’d believe that he could really captivate them. it was a balance to find so many elements and when I met Colin he was just, he’s so charming, and the character in the book actually was an Irish immigrant so him and his natural accent makes him even more exotic and I just think because he’s so, he’s charming and charismatic and we want him to be sexy and really, you know, masculine in contrast to this feminine world. I felt he fit the bill.

The Beguiled gives a strong message of female empowerment. This concept is very familiar to all three women.

I’m interested in stories that have a female point of view. We’re half the population so I’m happy to put that out there. And more and more you want different points of views out there and showing complex female characters that we can relate to.

Dunst and Fanning went on to talk about their experiences working with female directors.

From a very young age, you know, I did “Little Women” and I worked with Sophia when I was 16, so I’ve always had that opportunity. Like, “Bring it on”. I’ve always wanted to work with other women. So I think it’s kind of like your, however, you navigate your own career and your taste level and what you want to surround yourself with I think comes through in your career and I’ve always, yeah, it wasn’t new to me and I just had the best time.

The last three movies that I’ve done have all been with women directors and it wasn’t something that I didn’t necessarily choose it specifically because of that, it just turned out that way that they were making those stories and but it was, it was really exciting. I think for me also because it was for our film there are so many women at all different ages, which is so great.The Beguiled opens in New York and Los Angeles on June 23rd, and will open in other cities on June 30th. 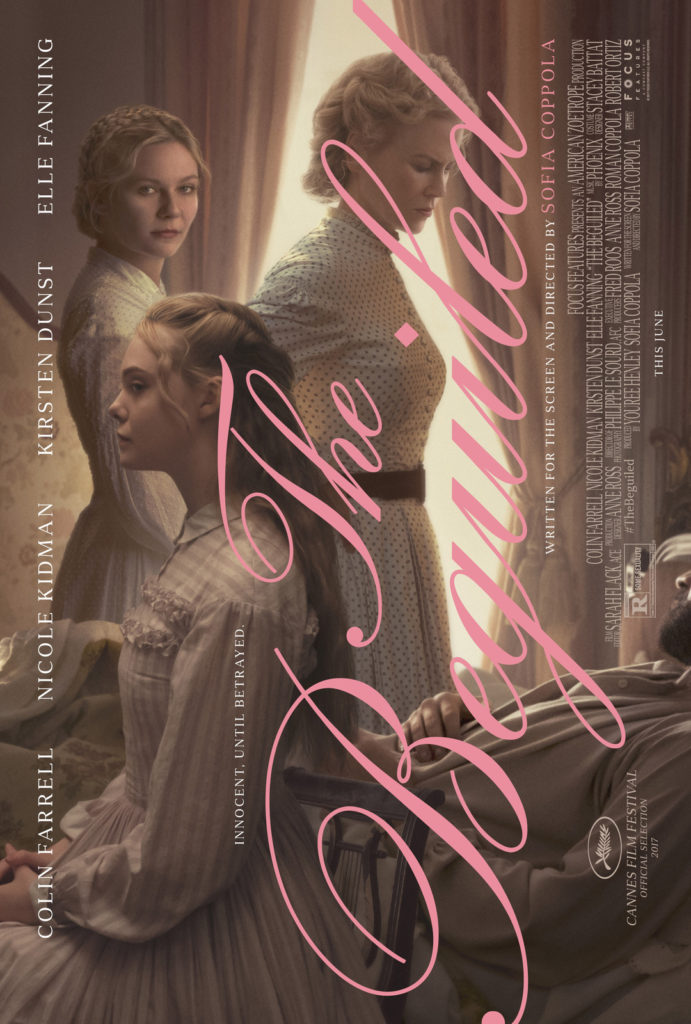