I love a superhero blockbuster as much as the next gal, but there's also a spot in my heart for timeless stories of days gone by as seen in Disney's The Finest Hours. The Finest Hours brings classic virtue & heroism back to the big screen in a heartwarming story about a group of men who did the right thing when needed. 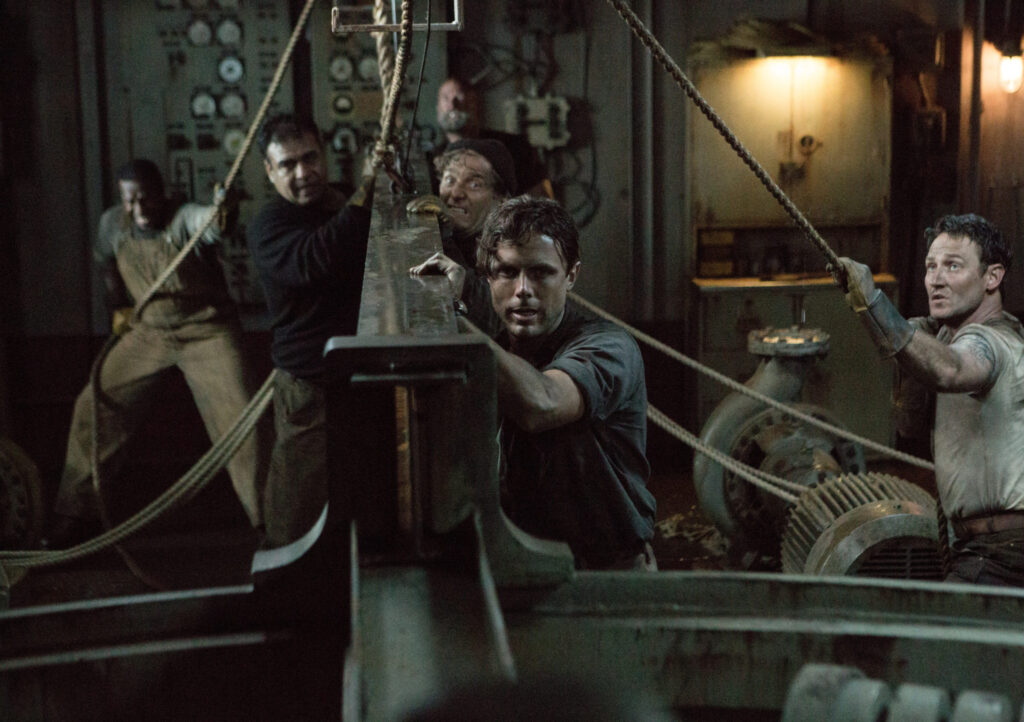 As The Finest Hours begins we're introduced to Bernie Webber (Chris Pine) and Miriam (Holliday Grainger) as the two sweethearts meet for the first time on a somewhat awkward yet heartwarming first date. Miriam, quite traditional in her values with a little non-traditional spunk, carries herself with grace and is not afraid to go after what she wants. Bernie, with a shy yet sincere personage, exemplifies what it means to be a gentleman in the secondary storyline of this classic, old-fashion love story. 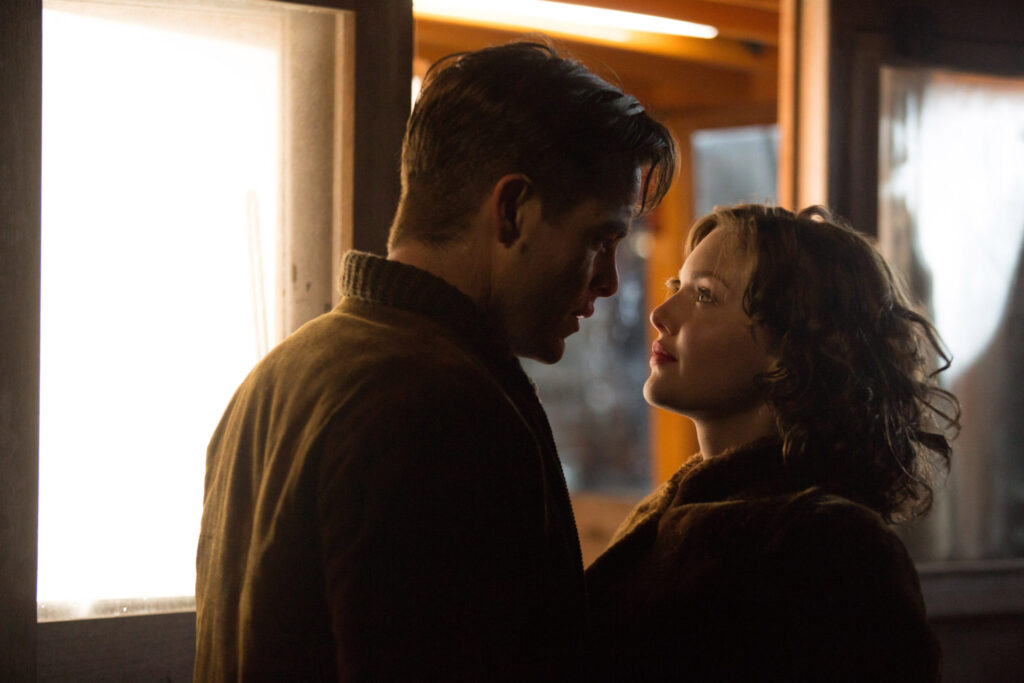 But as a brutal nor’easter threatens New England, Bernie finds himself the lone coxswain at the U.S. Coast Guard station in Chatham, Massachusetts, and in need of a crew to save the remaining sailors on a T-2 oil tanker that hangs in peril after being ripped in half by the storm. Aboard that sinking oil tanker is first assistant engineer Ray Sybert (Casey Affleck), an unsung hero who suddenly turns courageous to become a brazen leader in a time of need, all while keeping his quiet and thoughtful demeanor. 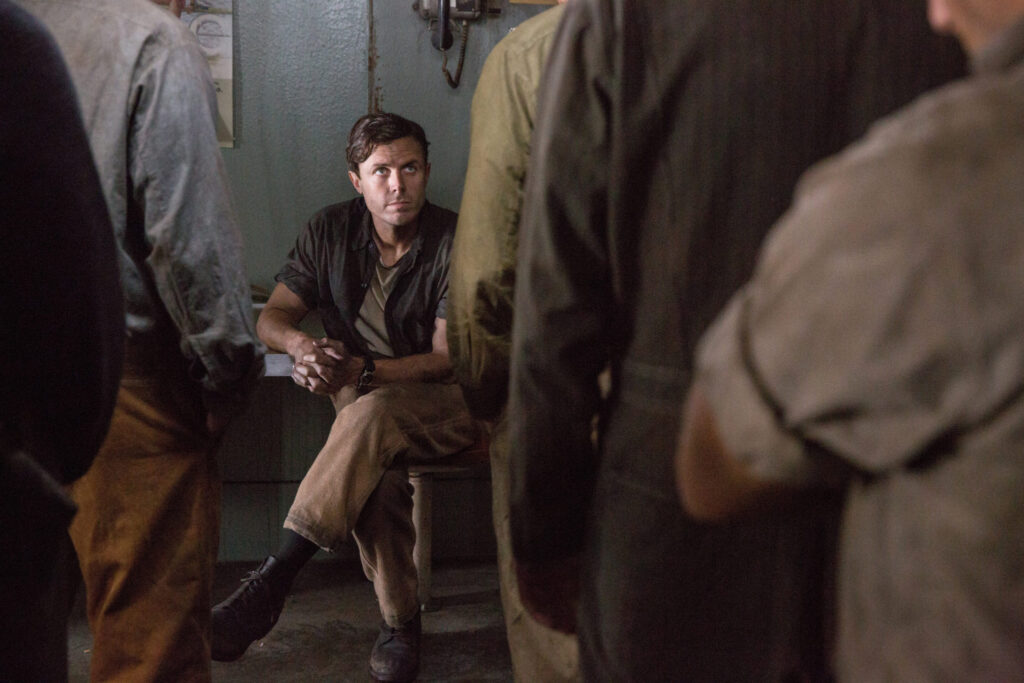 Miriam, distressed at the fear of losing Bernie, has no choice but to do what no Coast Guard wife, fiancée, or girlfriend has done before as she finds herself at the door of the Chatham, Massachusetts, U.S. Coast Guard Station.

The story of these brave men has been told time and time again, but nothing like what is seen in this film. Not only has the quiet heroism of these characters been movingly portrayed, but this film is full of action, suspense, and life and death moments that will keep you on the edge of your seat. The mood of this film is quiet and calm, without flashy special effects, and maintains just the right atmosphere for a disaster drama of this kind.

About The Finest Hours

A heroic action-thriller, “The Finest Hours” is the remarkable true story of the most daring rescue mission in the history of the Coast Guard. Presented in Digital 3D™, Real D 3D and IMAX® 3D, the film will transport audiences to the heart of the action, creating a fully-immersive cinematic experience on an epic scale.
On February 18, 1952, a massive nor’easter struck New England, pummeling towns along the Eastern seaboard and wreaking havoc on the ships caught in its deadly path, including the SS Pendleton, a T-2 oil tanker bound for Boston, which was literally ripped in half, trapping more than 30 sailors inside its rapidly-sinking stern. As the senior officer on board, first assistant engineer Ray Sybert (Casey Affleck) soon realizes it is up to him to take charge of the frightened crew and inspire the men to set aside their differences and work together to ride out one of the worst storms to ever hit the East Coast. 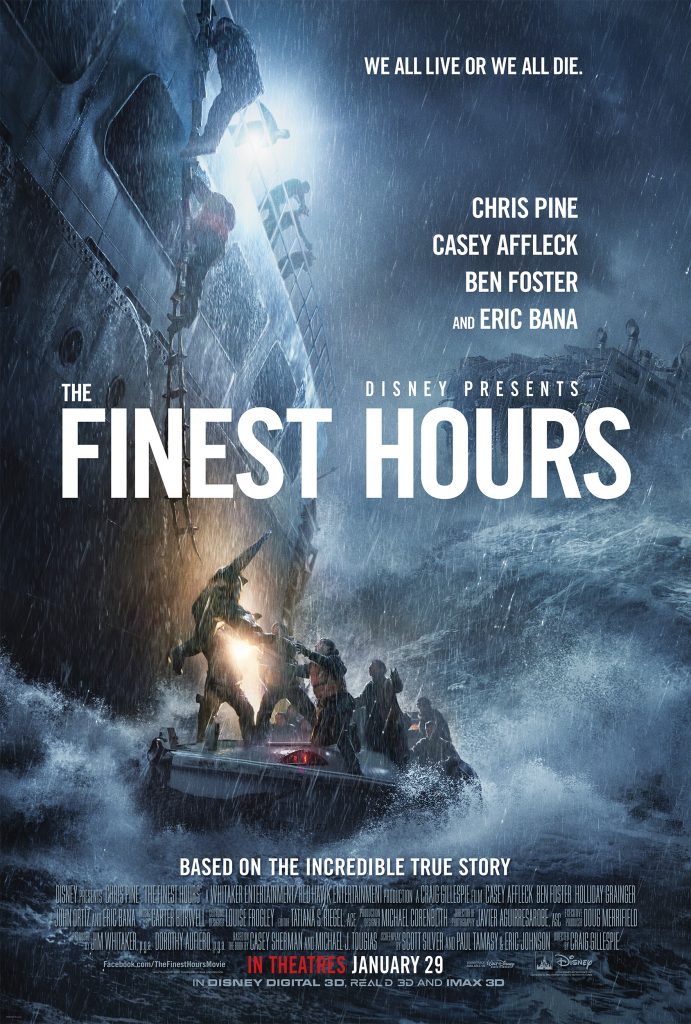