One of the fondest memories of my childhood is watching the Main Street Electrical Parade at Disneyland with my parents. We would always grab a cup of hot cocoa before snuggling curbside as we waited for the nightly parade to begin. These memories from my childhood are why I couldn't be more excited to hear the Main Street Electrical Parade at Disneyland is celebrating a colorful homecoming at Disneyland Park beginning Friday, Jan. 20, 2017, with all the lights, sounds, music and fun that have made the parade a beloved icon. I can't wait to introduce our children to this historic event and begin creating lasting memories with them, memories like I remember from my childhood. 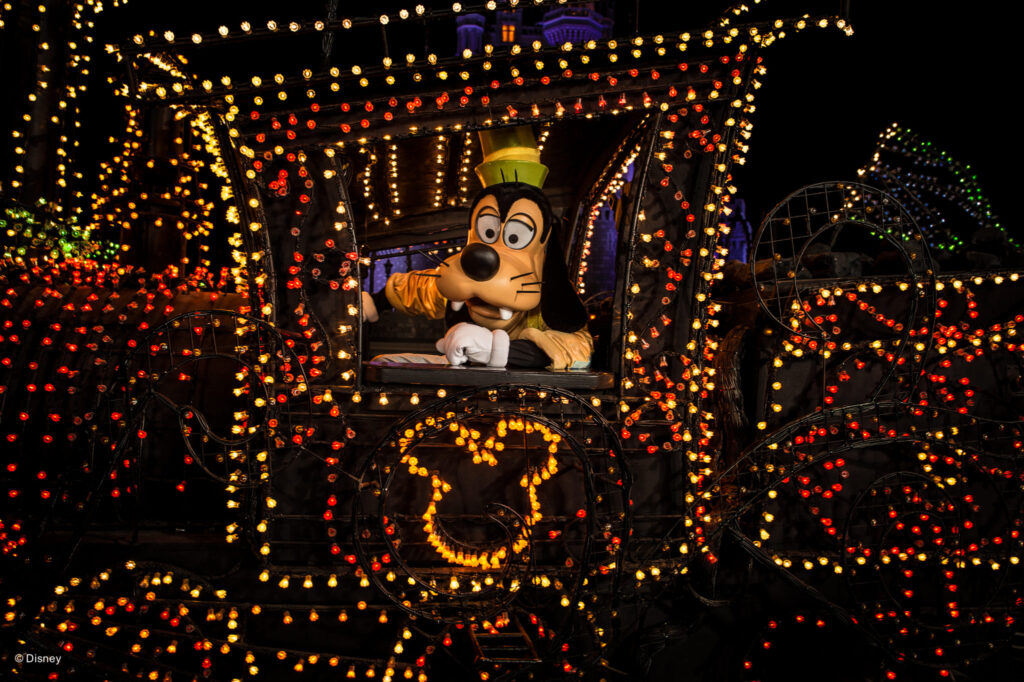 Brought to light in the early 1970s, the Main Street Electrical Parade at Disneyland helped establish a Disney Parks reputation for innovative, trend-setting live entertainment. As floats illuminate the parade route, this vibrant spectacular brings a variety of Disney animated feature films to life with approximately half a million twinkling lights.

The parade’s iconic musical theme, the electrically synthesized “Baroque Hoedown,” is a beloved fan-favorite interwoven with classic Disney themes. With nightly performances through Sunday, June 18, guests will have a limited time to enjoy the parade’s encore performance.

The dazzling and colorful after-dark parade premiered in Disneyland in 1972 and has been seen at Disney Parks around the world. Although its last Disneyland Park performance was in November 1996, and at Disney California Adventure Park in 2010, it has continued to shine brightly in the memories of thousands of guests. 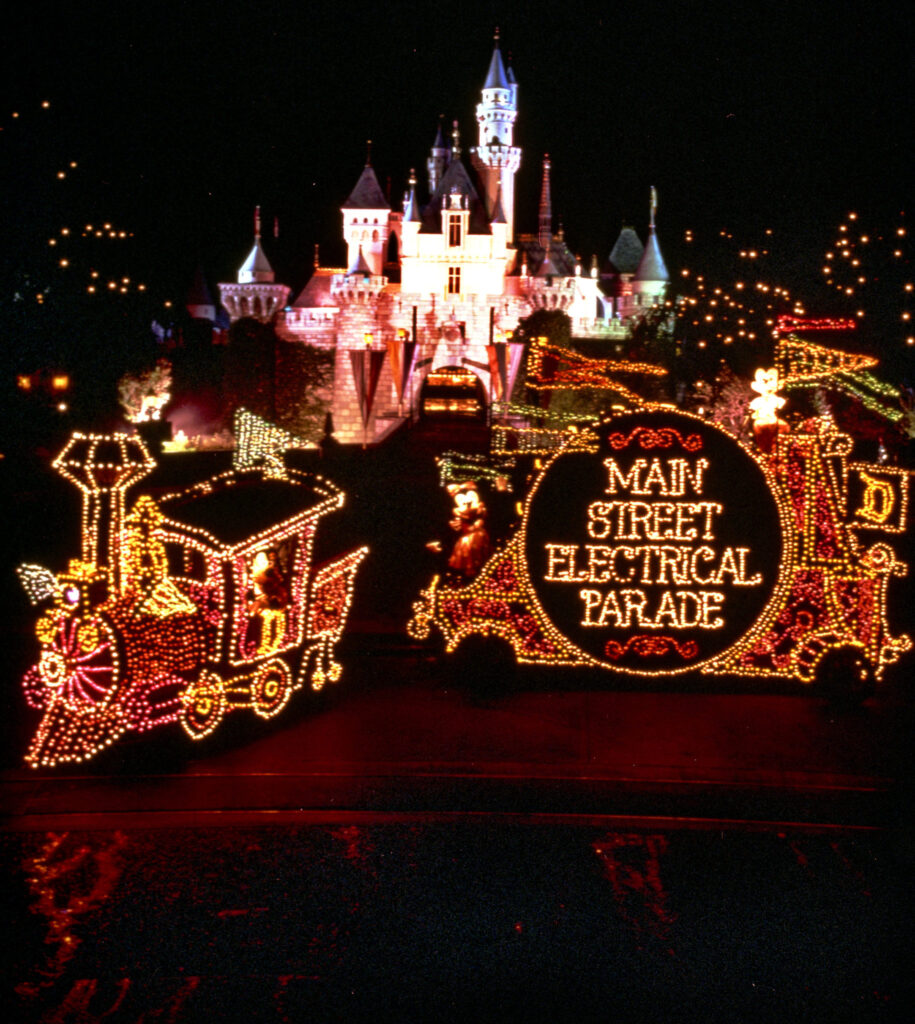 Guests who wish to be among the first to welcome the parade back to Disneyland may purchase a special, separate ticket for an after-hours premiere on Thursday evening, Jan.19. After the park closes, premiere ticket holders will enjoy a night of exclusive access to select Disneyland attractions and select restaurants from 7:30 to midnight, along with an exciting performance of the Main Street Electrical Parade at Disneyland before its official return on Jan. 20. Tickets to the premiere go on sale for Disneyland Resort Annual Passholders on Tuesday, Dec. 6, and to the general public on Tuesday, Dec. 13. They may be purchased at any Disneyland Resort ticket booth or by calling 714-781-INFO (714-781-4636).

Accompanied by treasured Disney tunes interwoven with the distinctive “Baroque Hoedown” synthesized soundtrack, the Main Street Electrical Parade brings a variety of beloved Disney stories to life in parade floats covered in approximately half a million twinkling lights. Mickey Mouse, Minnie Mouse and Goofy lead the way and Cinderella, Peter Pan, Snow White, Pinocchio and Alice in Wonderland are among the characters whose stories unfold along the parade route. Tinker Bell now appears with other fairies on the Peter Pan float. 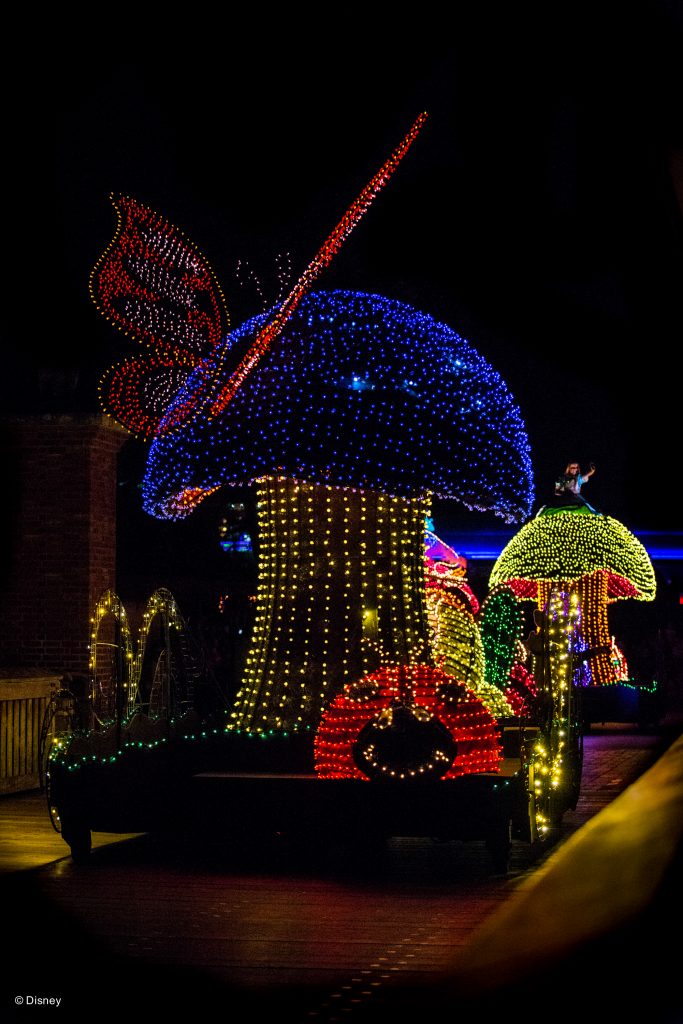 Some of the parade’s most impressive scenes are the 23-foot-tall Clock Tower looming over Cinderella’s Ball, attended by elegant ballroom dancers in costumes covered with lights; and the 108-foot-long finale unit, a red-white-and-blue tribute to America. Elliot, the smoke-breathing, tail-wagging “Pete’s Dragon,” weighs more than 5,600 pounds and is 16 feet tall, more than 10 feet wide and 38 feet long. Guests will need to keep an eye out for Elliot, who disappears from time to time along the route.

Portions of this material have been provided courtesy of Disneyland Resort.