Home » Entertainment » Valerian and the City of a Thousand Planets is the Newest Summer Blockbuster Not to Miss!

Disclosure: I was a guest of STX Entertainment to screen Valerian and the City of a Thousand Planets and attend the press junket. All opinions are my own.

2017 just seems to be out doing themselves with fantastic films this year. While this summer alone has had some outstanding blockbusters, get ready for the next film to have you on the edge of your seat; Valerian and the City of a Thousand Planets.

Valerian and the City of a Thousand Planets is the Newest Summer Blockbuster Not to Miss!

From the unstoppable mind of acclaimed director, Luc Besson, Besson has yet again managed to craft a world of characters and settings that takes his viewers to somewhere completely out of the ‘norm'. Think no further than his other classics, The Fifth Element and Lucy.

Yet, for Besson, making Valerian was something just a bit more special, as it was nearly a lifetime in the making since he dreamed of bringing the planets to life from the acclaimed graphic novel as a young boy. The key to making this film? His design team had just a bit to do with it.”I talk with a lot of designers, creative people of their experience to big studios and other films” explains the French born director at the press junket in Beverly Hills, “and one thing that I learned is the frustration because the way the big studio works most of the time is, by the moment they green light the film and the moment they have to release the film, it’s very short.  So, they prefer to hire creators for eight weeks, but 60 of them.  And then, you do this, you do this, you do this.” 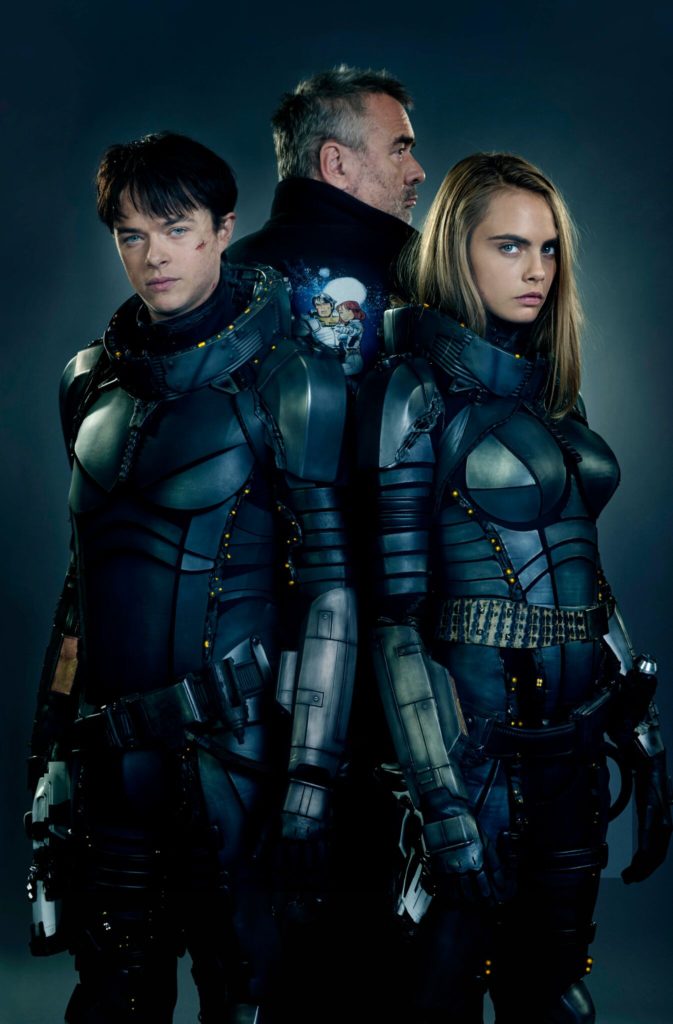 With incredible leads in Dane Dehaan (Chronicle and HBO's Treatment) and English model-turning-actress, Cara Delevingne, we were interested to learn how Besson knew he had found his Valerian and Laureline, respectively; “I was convinced and Dane in one minute. His smile, his blue eyes, the tone of his voice. And he’s kind of like charming, a little bit, which is perfect for the role because he’s not the typical hero. He’s a little too much. He’s like pretentious a little bit. He’s very lucky most of the time, and she’s (Laureline) handling it. She’s the boss!”

Valerian and the City of a Thousand Planets tells the story of special operatives Valerian and Laureline, in the 28th century, who must work together to maintain order throughout the human territories. Under assignment from the minister of defense, the duo embarks on a mission to Alpha, an ever-expanding metropolis where diverse species gather to share knowledge and culture. When a dark force threatens the peaceful city, Valerian and Laureline must race against time to identify the menace that also jeopardizes the future of the universe.

While Valerian had the suave, bachelor ways that brought to mind Han Solo, he is a young man who is forced to rise to the occasion and does so with flying colors. The feisty and head strong Laureline definitely brings elements of The Fifth Element's Leeloo (Fun fact: Laureline is actually a red head in the novel, yet Besson felt viewers would associate his newest female heroine too much with Leeloo. Thus, why she has blonde locks in the film) to mind. 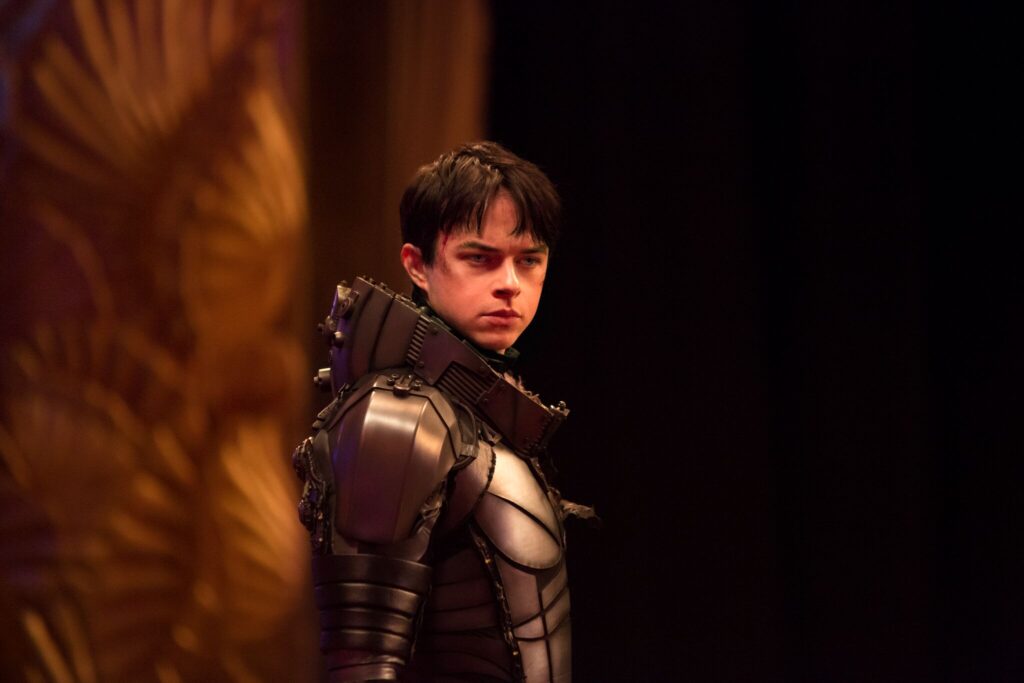 Following our fantastic interview with Besson, next up, we got to meet the stars of the hour, Dehaan and Delevingne! With his boy next door good looks and mellow, down to earth demeanor, we were interested to know just how do you score the lead role in Luc Besson's newest action film?! “So, for me,” Dehaan tells us, “it was really like just a dream come true scenario where I got a call saying Luc wanted to meet with me. And he met me a breakfast spot like two blocks from my house. He was like, ‘I’m making this movie I’ve wanted to make my entire life. It’s called Valerian, and I want you to play Valerian.' It was so surreal I didn’t even really know it was happening, to be honest.”

While Delevingne giggles, and adds, “I don’t know why Luc likes to pick going to breakfast spots! But, mine was really the same. It was that moment when your agent calls you saying, ‘Luc Besson wants to meet you.' It’s like, “Excuse me. What did you just say? I think you called the wrong actress!”

As a new Father, Dehaan spoke of the love you feel when you become a parent, and that it is even mightier than the love for your dogs, “I was pretty sure that like the level of love I had for my dog was equal to that of a human child. I was pretty convinced. But, it’s not, it really is a whole next level thing.” So, we had to ask, if the building is on fire, wife or baby first? Dehaan wasted no time with his sly answer, “I think I handle both. I’m Valerian. Come on!”

Valerian and the City of a Thousand Planets hits theaters this week on July 21st. Rated PG-13, I do recommend this film for teens or a date night, given its sexual innuendos and overall content and matters of the film. I may just need to see Valerian again. Yep, it was that awesome! 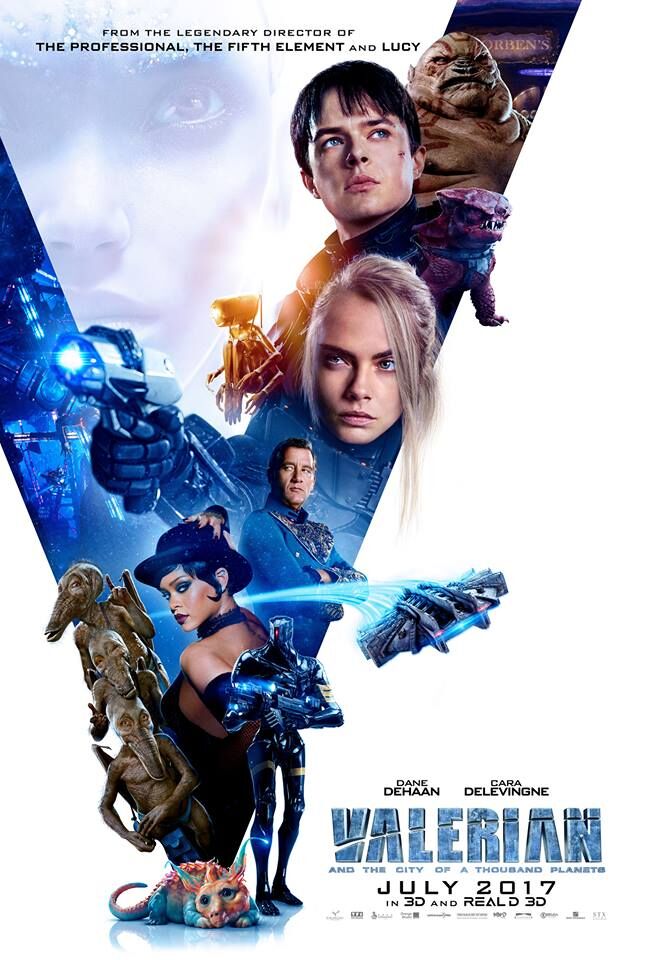