As the news about the spread of the coronavirus (COVID-19) worsens, we highly suggest visiting the event host's websites to confirm if the event will continue as planned or has been cancelled/rescheduled. 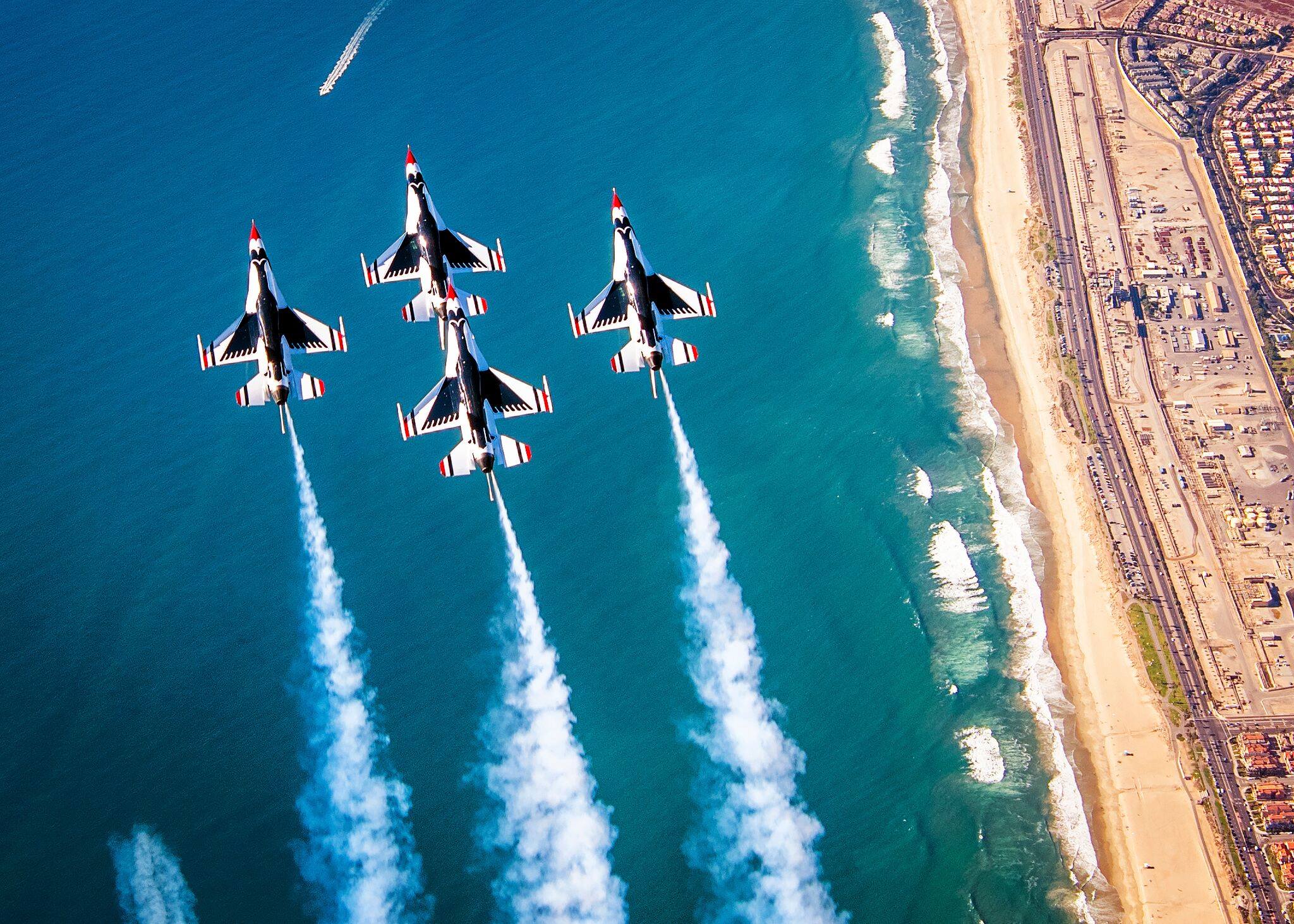 Officially known as the Canadian Forces 431 Air Demonstration Squadron, the Snowbirds will be joined by the US Air Force F-35A Lightning II Demonstration Team in their premier airshow season, plus the USAF A-10C Thunderbolt II Demo Team and the US Navy F-18 Super Hornet Tailhook Legacy Demo Team as the featured military performers for the 2019 Airshow.

The 2018 Airshow attracted more than two million attendees, making it one of the largest airshows in the United States, and was recently named by the U.S. Air Force Thunderbirds the 2018 Civilian Show Site of the Year!

The US Navy’s Super Hornet Tailhook Legacy Demo Team from VFA-122 at NAS Lemoore will showcase the performance of their F/A-18 Super Hornet and will perform a moving tribute of their own by joining in formation with historic Navy aircraft.

A world-class lineup of civilian performers will also make up the roster of the exhilarating four-plus hour show. As if that wasn’t enough, there will also be a festival area with exhibits and vendors, VIP ticketing options and more.

Since its inception in 2016, The Great Pacific Airshow has been a family-friendly, patriotic event that brings together the community while making a positive financial impact on local businesses during the traveling off-season.