One of my favorite experiences to delight in with our family at Disneyland Resorts are the shows because let's be honest, Disney knows how to design a magical show! This year, Disney’s popular and longest-running nighttime spectacular, “Fantasmic!,” returned to the Rivers of America in Disneyland on the 62nd anniversary of the grand opening of Disneyland. With enhanced, awe-inspiring effects; innovative, state-of-the-art projection technology; and new storytelling elements, “Fantasmic!” is a must-see show you don't want to miss. Check out these fun facts about the show and learn more about the history of “Fantasmic!” 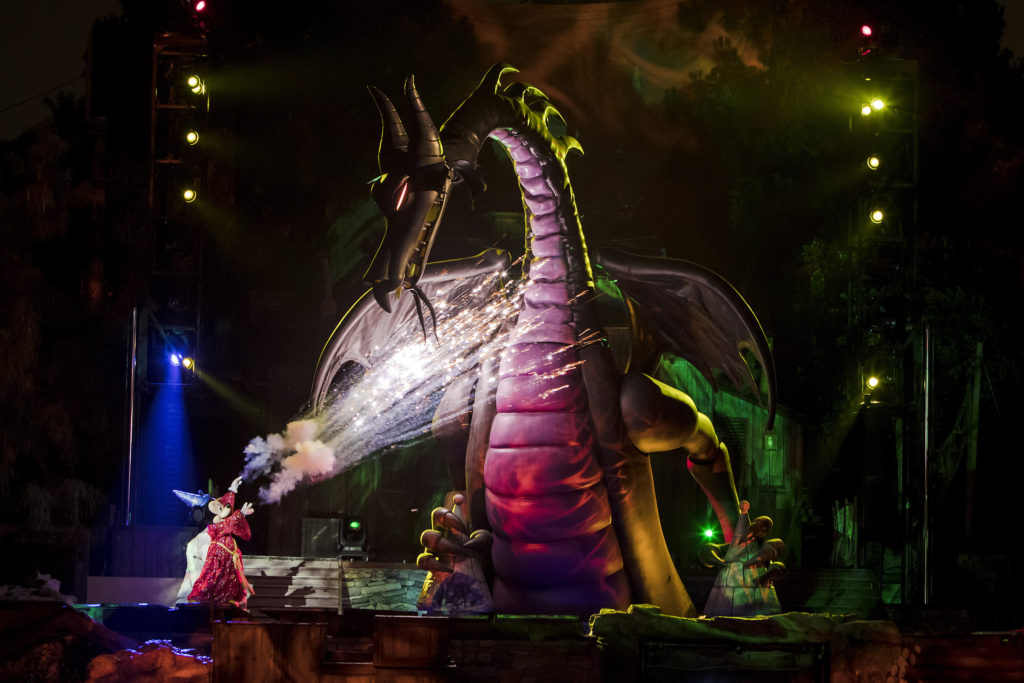 FANTASMIC! RETURNS — Fantasmic!, which tells the story of Mickey Mouse and his vivid imagination, returns to the Rivers of America with sensational adventures guests have treasured for 25 years. Mickey's exploration now features new scenes with characters from Aladdin, Tangled, The Lion King and Pirates of the Caribbean. Fantasmic! also utilizes new mist screens and innovative, state-of-the-art projection technology to create brighter and more vibrant visuals than ever before. (Joshua Sudock/Disneyland Resort)

The “Fantasmic!” story that has been treasured by Disneyland guests for more than 25 years continues, as Mickey Mouse conjures dreams of beauty, adventure, romance and, in the show’s thrilling climax, danger. The return of “Fantasmic!” builds on that promise, taking the journey into Mickey Mouse’s imagination to brilliant new heights.

New magic is incorporated with Aladdin and Jasmine floating over a bed of fog on their flying carpet, Captain Jack Sparrow at the helm of a ghostly pirate ship, and special new appearances by characters from “The Lion King” and “Finding Nemo.” And Rapunzel and Flynn Rider from “Tangled” join other Disney couples in an inspiring romantic sequence. 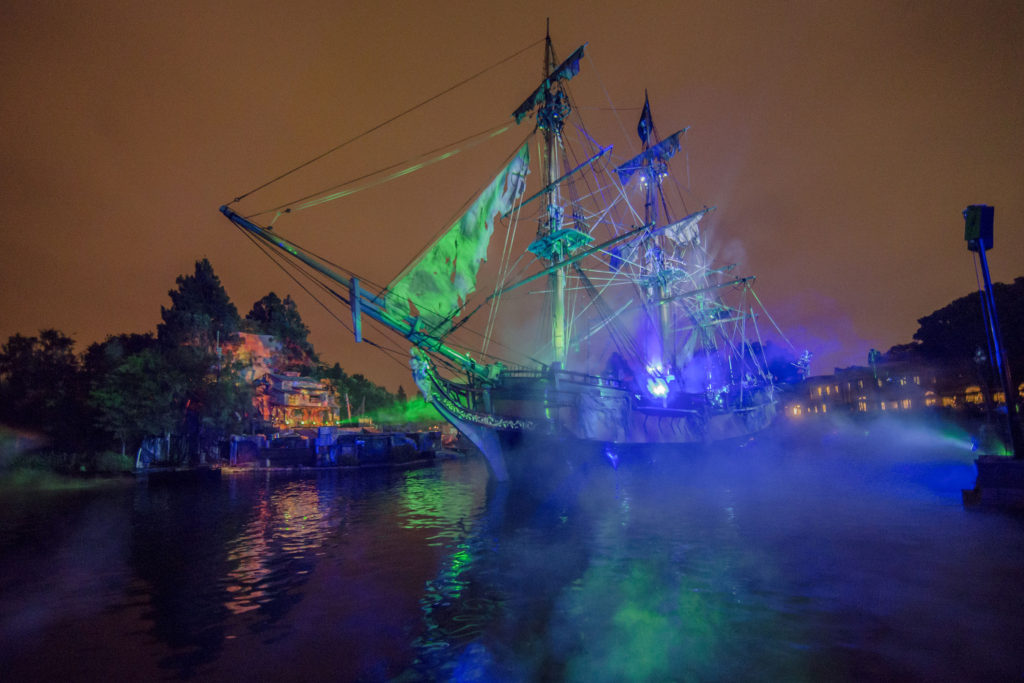 Additional enhancements give the popular show an even brighter look, with more vibrant projections and new mist screens. Every inch of every surface on the show’s island “stage” has been digitally mapped. Projection mapping and three-dimensional video combine, allowing the creative team to transform the island as never before. All technical elements of the show, including lighting, fountains and water screens, have been upgraded. 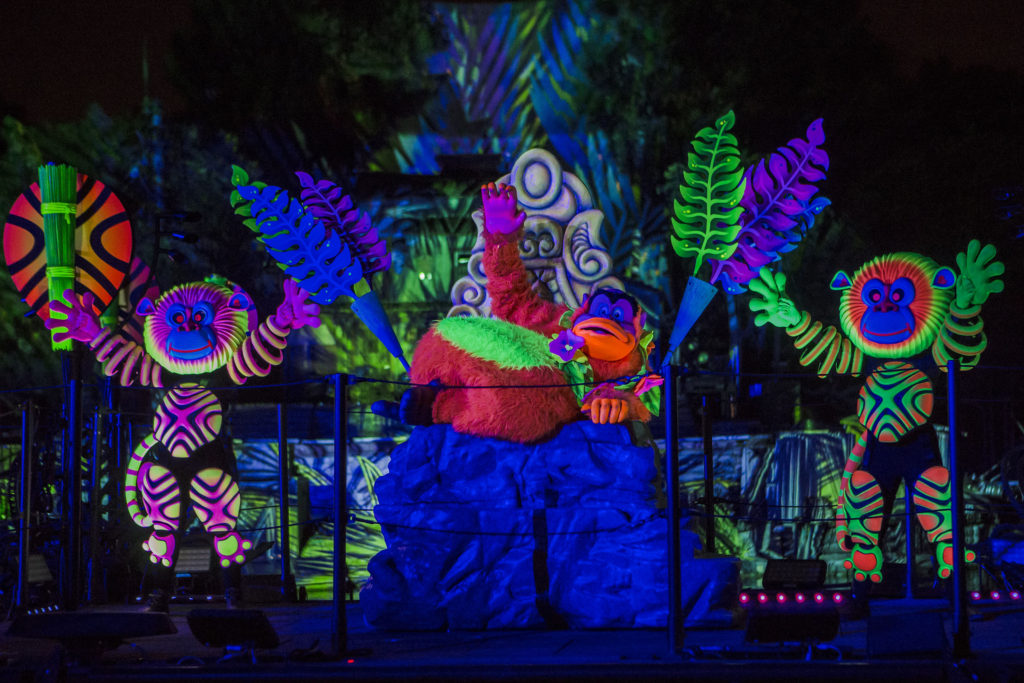 We had the opportunity to experience “Fantasmic!” and all the magic around here are some of our favorite moments!

We love learning everything we can about our favorite Disney Resorts entertainment and experiences. Here are some fun fact about “Fantasmic!” we absolutely adore!

“Fantasmic!” premiered to the public on May 15, 1992, at Disneyland. In 1992, the original estimate for the prospective audience size was 6,500. Spectators, however, found every space they could and the average number of guests per performance was 11,000 that first summer. Within days, the area was re-landscaped to accommodate more guests in the viewing areas. “Fantasmic!” was scheduled for three shows per night that year, and extended to four shows on July 4 and New Year’s Eve. Before summer 1993 arrived, the walkways and planters in New Orleans Square had been redesigned in the “terrace” style from which today’s guests view the show.

An enhanced version of that original “Fantasmic” presentation, featuring digital projections and the spectacular new 45-foot-tall dragon, premiered June 12, 2009. The main stage on Tom Sawyer Island, including underground housing for many special effects, was specially built for “Fantasmic!” By day, it is a boat dock and “cider mill” visited by guests on the island.

A different version of “Fantasmic!” premiered in October 1998 at Disney’s Hollywood Studios (then Disney-MGM Studios) at Walt Disney World Resort in Florida. 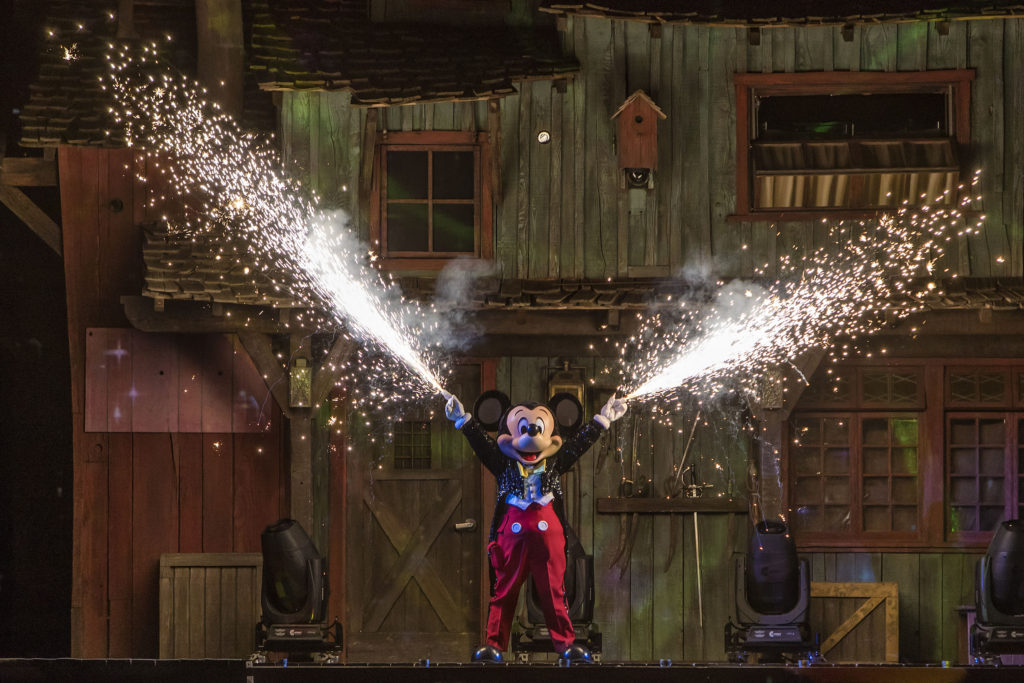