You are here: Home / Entertainment / Interview with Rosario Dawson of The LEGO Batman Movie

In 2014, The LEGO Movie was released in theaters. Among the memorable cast of characters, one gravelly voiced hero caught the attention of viewers everywhere. Now, this hero is the center of his own movie, The LEGO Batman Movie.

The LEGO Batman Movie features Will Arnett as Batman, brilliantly reprising his role from The LEGO Movie. He is joined by Zach Galifianakis as The Joker, Michael Cera as Dick Grayson (aka Robin), Ralph Fiennes as Alfred, and Rosario Dawson as Barbara Gordon (aka Batgirl).

Grab your partner in crime and make a date to see #LEGOBatmanMovie – in theaters. Get you tickets at http://tickets.legobatman.com/

Interview with Rosario Dawson of The LEGO Batman Movie 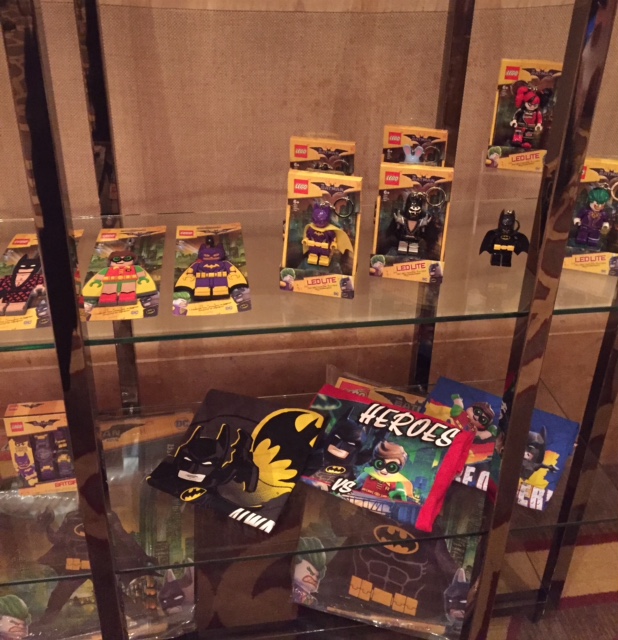 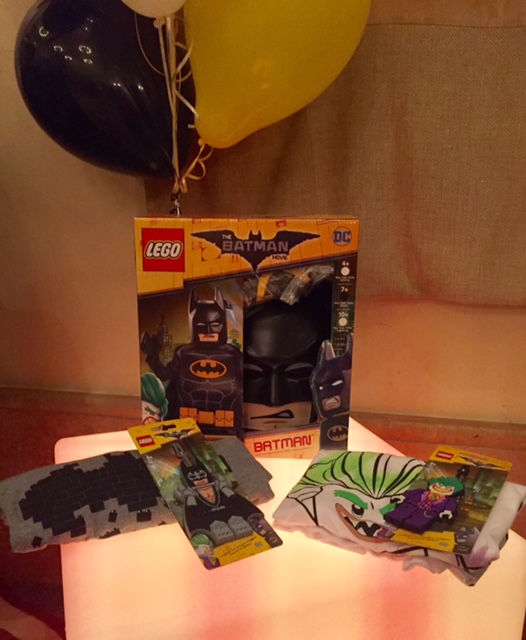 I also had the opportunity to meet Rosario Dawson at the press event. 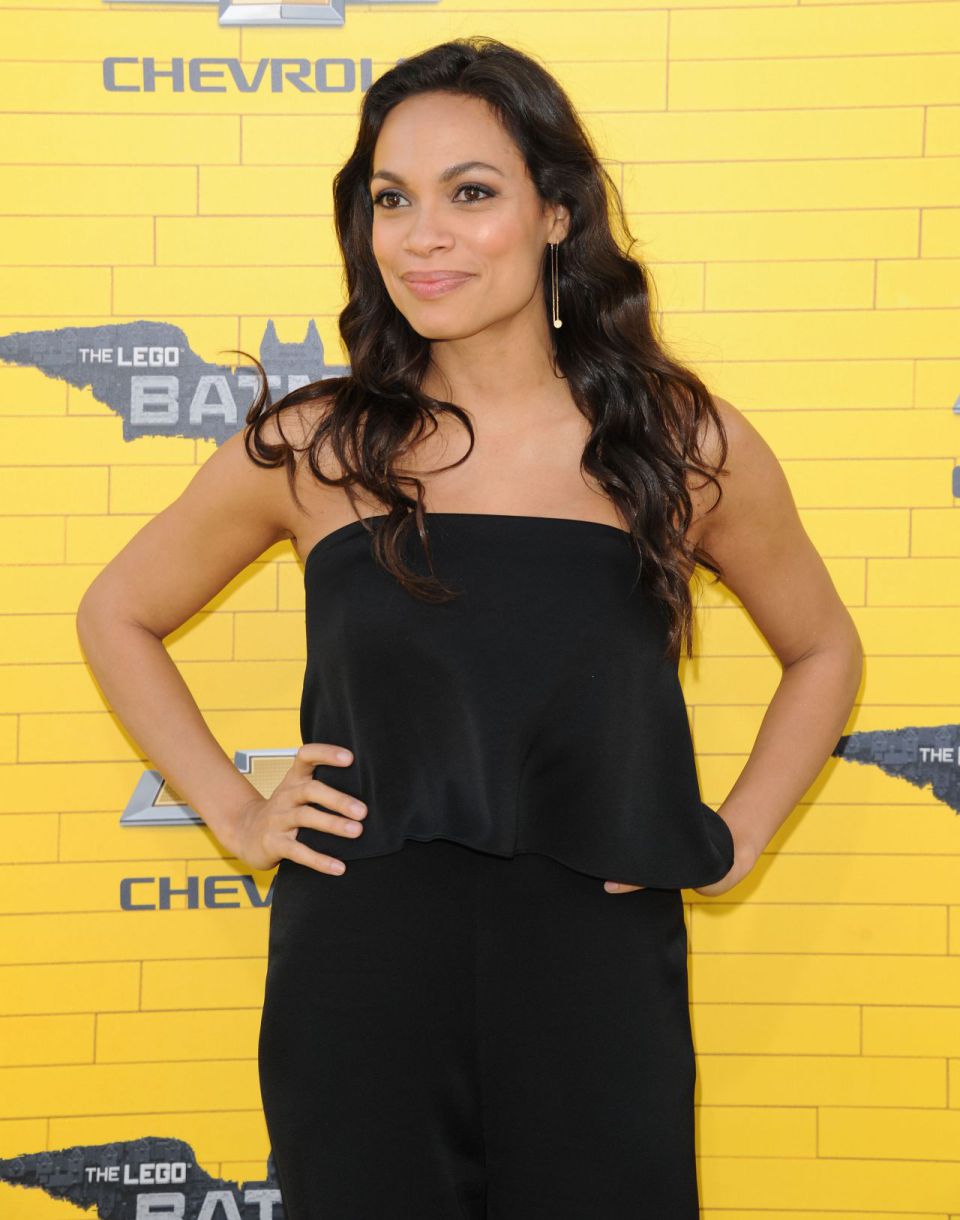 A longtime fan of the Batman franchise, Dawson was thrilled to play Batgirl. Her enthusiasm for the role was contagious.

“I mean, I grew up with Batman. My uncle's a comic book artist. My mom is six foot tall, so she was always Wonder Woman. Her theme song was Brick House. So, I grew up with these really major characters that I loved so much. So, I literally was getting my hair and makeup was done in a Batman onesie that my friend got me for Christmas, totally not because of this movie, but just in general like I just love everything Batman.”

When asked about the confidence of Batgirl, Dawson was excited to expand on her character’s backstory.

“And for her, she grew up as Commissioner Gordon's daughter who had this remarkable relationship with this incredible figure, Batman and the two worlds, bringing it together of just going crime is really rampant and insane and crazy and this is an insane world where magic and heroes and all this kind of stuff exist. She’s not like trying to be Batman, and she's not trying to be her father, Commissioner Gordon. She's trying to be the version of herself and it's beautiful to see what her contribution is.”

One of the key themes of The LEGO Batman Movie is teamwork. The movie opens with Batman as the ultimate lone wolf, a hero who refuses to accept help. Throughout the movie, Batman must learn to work with others. This theme is very dear to Dawson.

“I'm really excited that this movie is coming out where people really need to laugh, but they're definitely going to walk away with I think a really good feeling about community empowerment and how everybody can contribute, and that's a really, really big deal.”

Beyond the theme of teamwork, Dawson showed great pride in portraying such a strong female character.

“There was something actually very real about the philosophy behind being a really powerful woman, and I really hope that that extends out to the audience. There's nowhere I look where I don't see really strong dynamics, and I think it's just again and again that it's those producers and the writers and the directors, and it's the audience who's asking for it and pushing and pushing and pushing. And it's taken a lot of years of that me and a little girl going I wish I could see this instead of that, and now it's there, and it's remarkable.”

Rosario Dawson is an intelligent, fierce, and spirited actress who brings the iconic character of Batgirl to life. Dawson’s Batgirl is a character worthy of admiration from any child.

Grab your partner in crime and make a date to see #LEGOBatmanMovie – in theaters. Get you tickets at http://tickets.legobatman.com/

About The LEGO Batman Movie

In the irreverent spirit of fun that made “The LEGO® Movie” a worldwide phenomenon, the self-described leading man of that ensemble – LEGO Batman – stars in his own big-screen adventure. But there are big changes brewing in Gotham, and if he wants to save the city from The Joker’s hostile takeover, Batman may have to drop the lone vigilante thing, try to work with others and maybe, just maybe, learn to lighten up.

Will Arnett reprises his starring role from “The LEGO Movie” as the voice of LEGO Batman, aka Bruce Wayne. Zach Galifianakis (“Muppets Most Wanted,” the “Hangover” films) stars as The Joker; Michael Cera (TV’s “Arrested Development”) as the orphan Dick Grayson; Rosario Dawson (TV’s “Daredevil”) as Barbara Gordon; and Ralph Fiennes (the “Harry Potter” films) as Alfred.

Portions of this material has been provided courtesy of Warner Bros. Pictures