When we received an invitation to an exclusive meet & greet event with Los Angeles Angels Mike Trout I knew we had to send our junior sports reporter, who just may be the biggest Angels fan in the world. What I didn't realize, was the small, intimate event, sponsored by BODYARMOR, would quickly become a dream come true for this little boy. 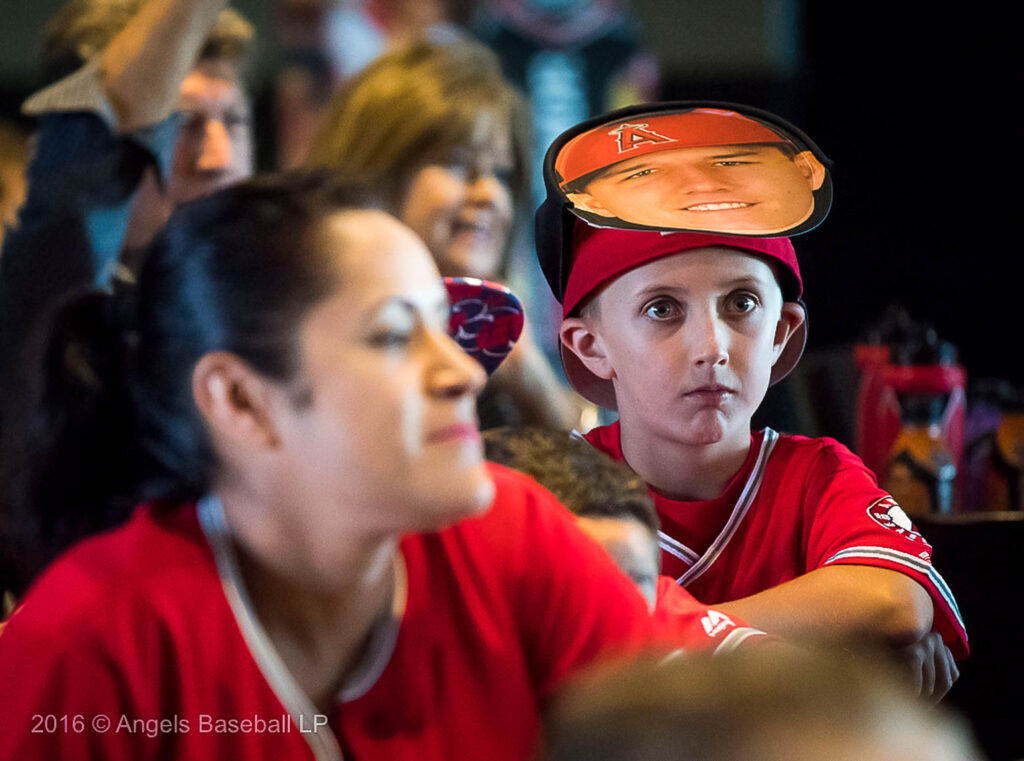 Sending the biggest Angels fan to an exclusive meet & greet with his favorite superstar was a no brainer. I mean really, what ultimate fan wouldn't want to have the opportunity to ask his favorite player a question during an open mic Q&A, or have a chance to win exclusive autographed memorabilia. Not to mention getting an autograph and having a photo opportunity with the Angels superstar.

First up was the raffle, where our junior sports reporter won some fabulous Angels, Mike Trout, and BODYARMOR swag perfect for autographing later in the day. 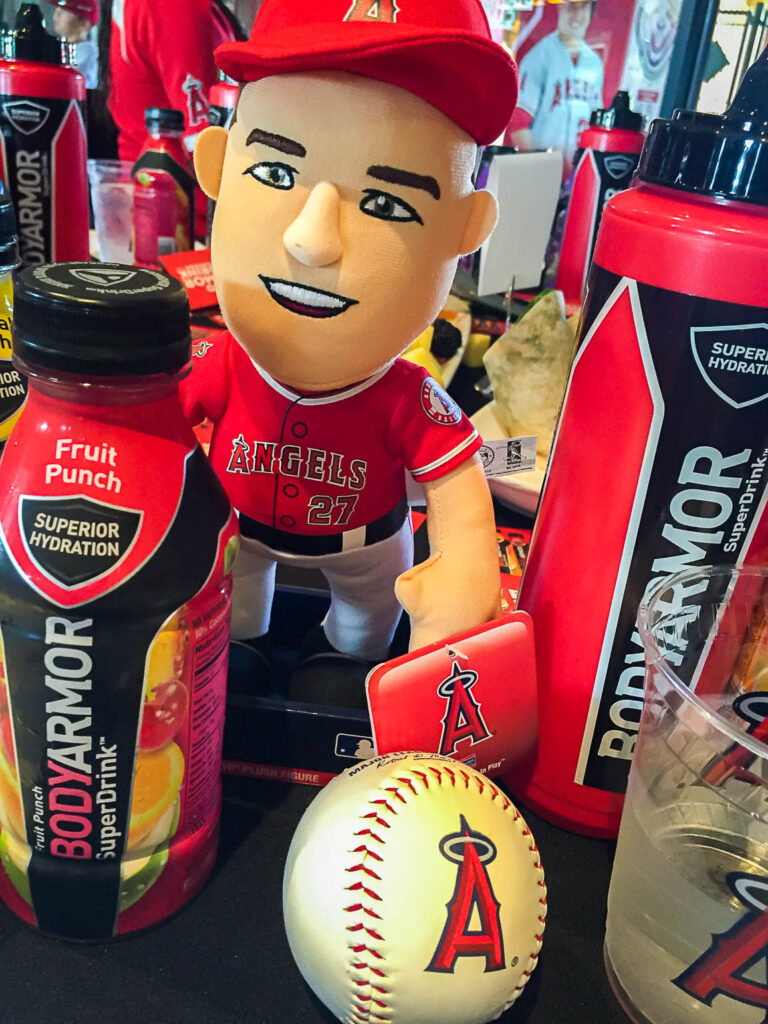 I have no idea what this face screen/hat thingamajig is called, but isn't it awesome! Love it! I need one for me too! 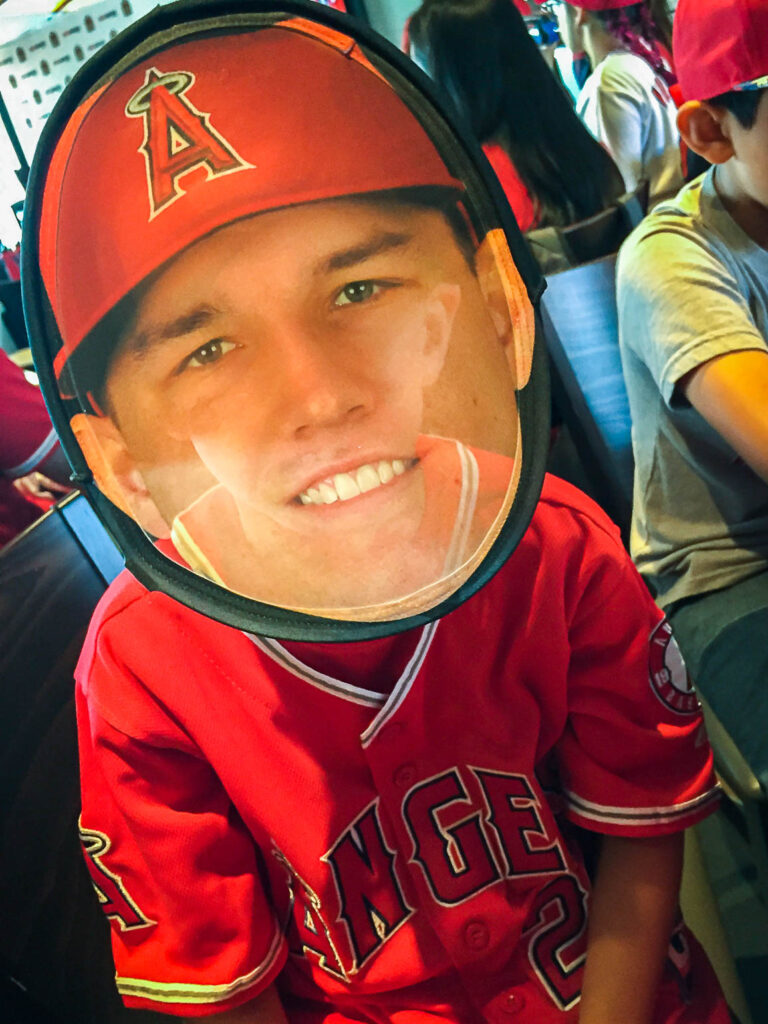 After the raffle everyone gathered for the Q&A with Mike, and our junior sports reporter wasted no time asking Mike Trout the first question.

Q: What goes through your mind when you are at the plate?

Mike Trout: It depends. If I'm going good I don't think about anything. My approach is up the middle. When I get a good count to hit in, 2-0, 3-1, I shouldn't do it but I try to swing harder. It's tough. We face a lot of pitchers. Everybody nowadays is throwing 100 mph so you really can't think about much, because you really don't have much time to think. 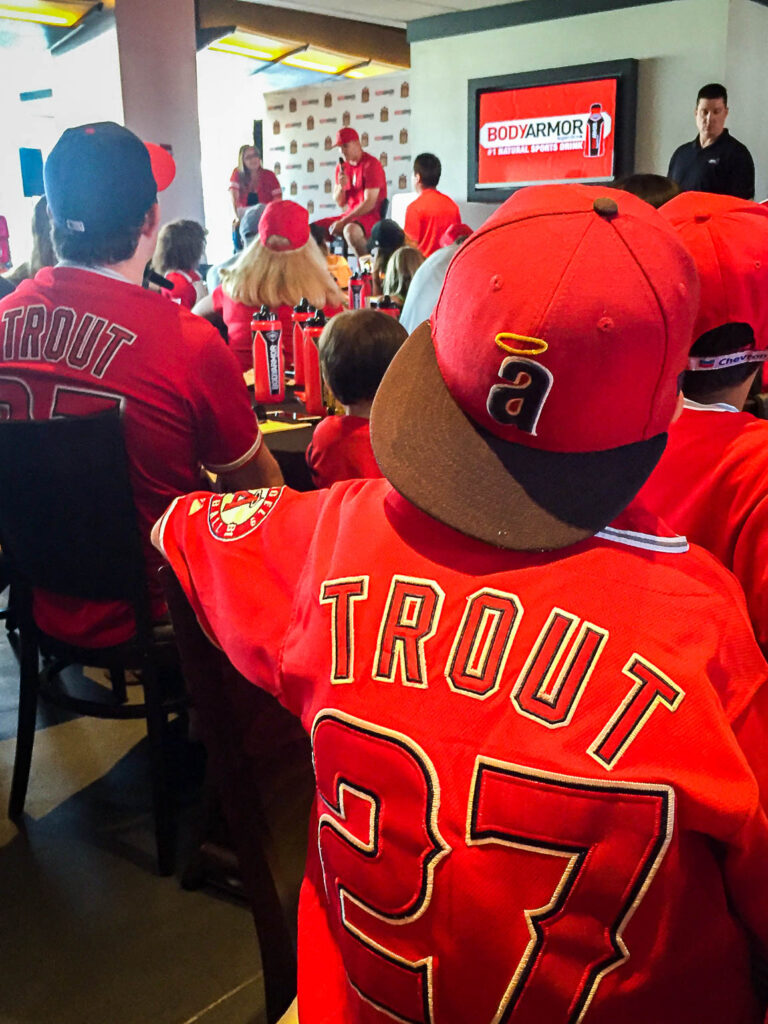 Just before the day wrapped up, Mike spent time signing autographs and taking photos with all who attended the event, and our junior sports reporter wasted no time sneaking in one more question for Mike.

Q: Why do you always take the first pitch?

Now, if you happened to watch Monday night's game you'll know why this question was so pivotal, especially for our junior sports reporter. That night after the event, in Monday night's game vs. the Rangers, Mike Trout hit a 3-run homer, ready for it…OFF THE FIRST PITCH!!!!!! Did he do this thanks to our junior sports reporter's question? We like to think so. 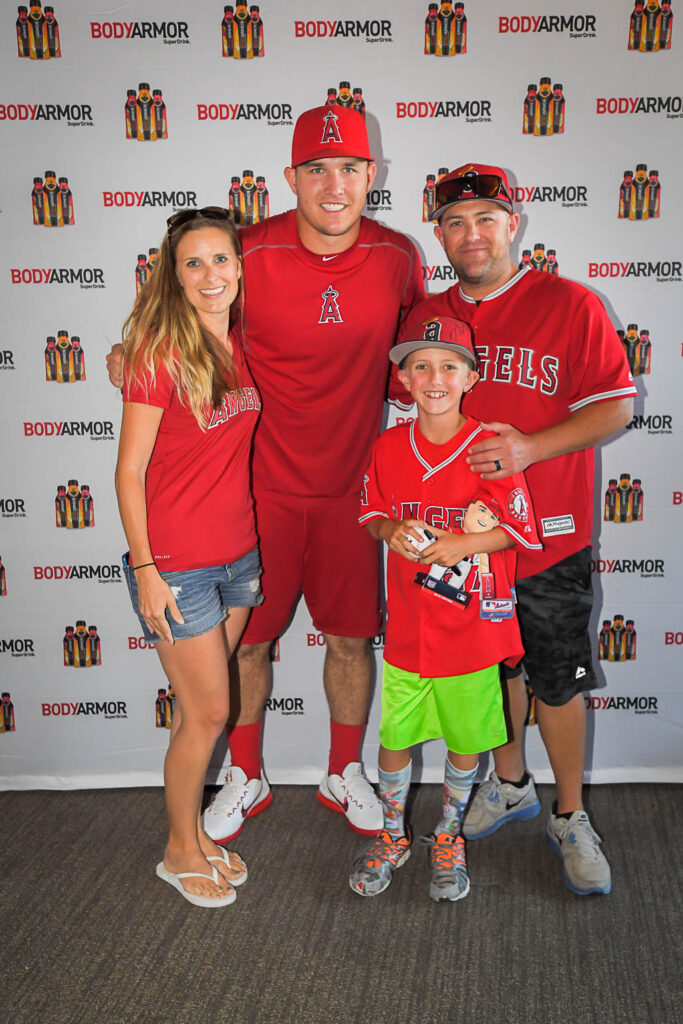 BODYARMOR is a natural sports drink that is packed with electrolytes, coconut water, and vitamins. BODYARMOR is high in potassium and low sodium and contains no artificial flavors, colors or sweeteners, unlike many other sports drinks on the market.

Not only has BODYARMOR become an important part of many athletes’ daily routines – but moms and dads have become huge fans of the brand because it offers a better-for-you hydration option for their young athletes – free of artificial ingredients and lower in sodium. Oh – and it tastes great!

Check out BODYARMOR's dream team lineup features 8 all-star flavors to keep players hydrated! BODYARMOR can be found at Stater Bros, Ralphs, and Target. You can save on your next purchase of BODYARMOR with this manufacturer's coupon. 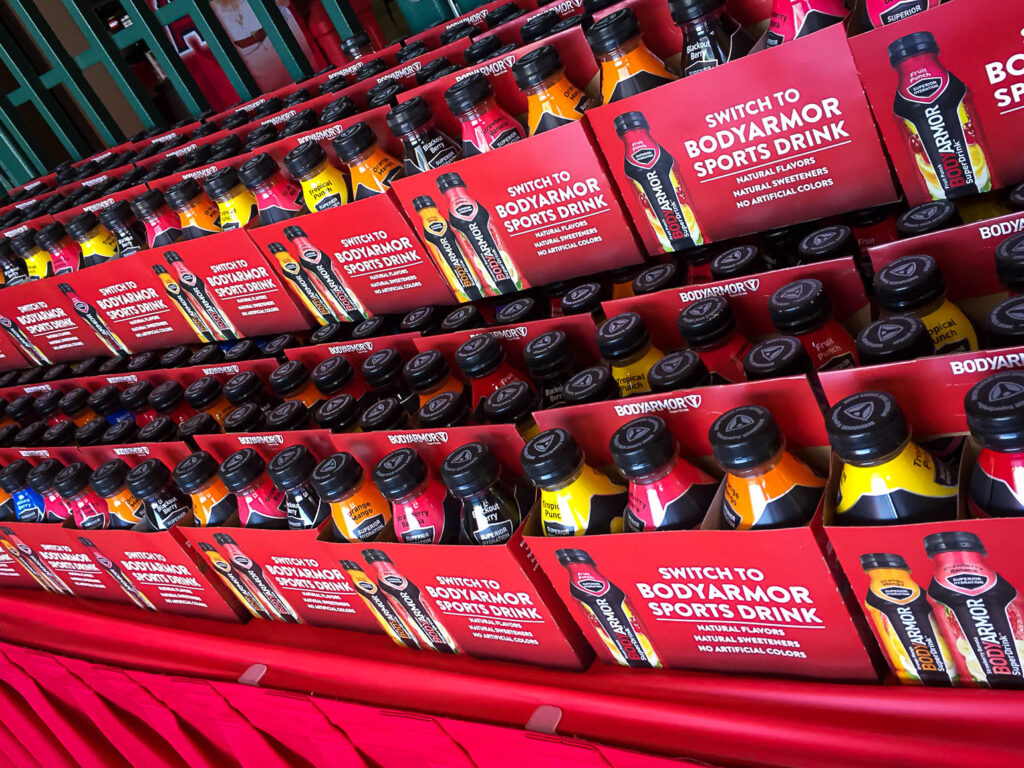 We were invited as a guest to an exclusive event with BODYARMOR. Portions of this material has been provided courtesy of BODYARMOR.