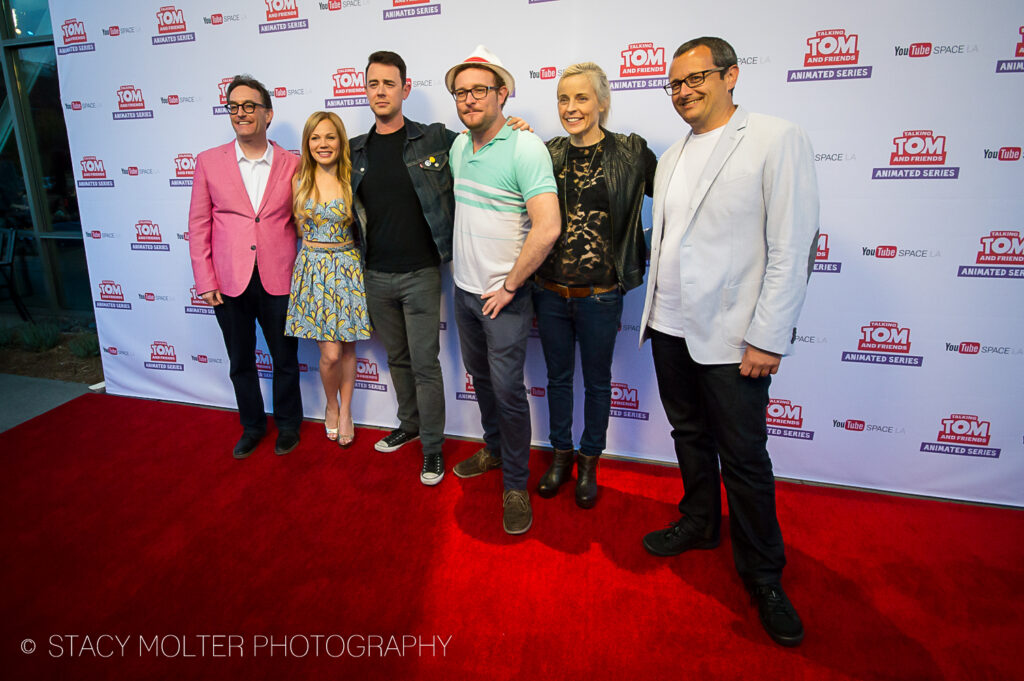 As part of the evenings events, we watched the newly released Episode 1 – Untalking Tom, which received more than half a million views on the first day of the premiere.

Q: Maria, since you have the mic this question's for you. What's it like playing a seven-year old boy?

Maria Bramford: Well, it feels pretty empowering. [LAUGHTER] The seven-year old boy is having a bit of fun, not as much responsibility as a 45-year-old woman, and I like to explore that.

Q: James, people want to know. Are you anything like Ben? Or how tech savvy are you?

James Adomomian: Tech savvy? No. On my computer flash crashed a few weeks ago, and I still can't watch videos on my computer. I'm very much the opposite of Ben that way.

Q: Colin, what or who did you draw on for inspiration to take on the role of Tom?

Colin Hanks: I went to a hard-core meditation camp for about four months to prepare vocally for the challenge of not only talking in a booth for hours at a time, but really more to find out what it's like to be a talking cat, because we see so few of them in the wild. No, there was no camp. It was a sleep-away school with much stricter guidelines. [LAUGHTER]

No, there was no preparation really. The writers do such a great job every week that we come in and we pretty much go right at it.

Other people say he is charismatic. I would definitely say he's charismatic, whatever charismatic x2 is, so I just try to do that.

Q: Tom, when you do a multitude of voices and you have to do a new one, do you find it difficult to create a new voice?

Tom Kenny: Every character really is different. When you're auditioning for a new character, it really is like reading tea leaves looking at the picture of the character and the description of the personality.

With Hank, Hank's got that big nose, so we sort of gave him a stuffed up nose. He's got my sweet spot. I do nice and stupid really well. If you look at my IMBD, nice and stupid characters are what I do. I think because I'm a really nice, fairly stupid person. [LAUGHTER]

Q: Lisa, since you've taken on this role, do you find yourself repeating what other people say?

Q: Do you find writing for animated characters harder, or easier than writing for live actors?

Tom Martin: I think our sweet spot is writing for Angela, a 21-year-old girl. We have a lot of middle-aged white men, so I think we really nailed her perfectly. But since we brought in more female writers, I think we're great.

We got our first choice on every one of these actors. That's how this process has been all the way though. Everything is falling into place just right, including getting the best cast we could possibly get. So to answer the question of which is harder to write for, it's the same. I really think it's exactly the same with the same approach.

Q: Tom, Can you speak as to what it's like to write this structure and art of 11 minutes, versus longer stuff?

Tom Martin: I think that it's the same approach. Everybody who's not into this can just doze off, it's about to get really like an English lecture class. [LAUGHTER]

There's a story art that I think is required for any successful story to work. Sometimes it's hard to write an 11 minute episode versus a 22 minute episode because you have to find different devices to cut through bits of story that should take a long time. For example you could have a narrator, and we use confessionals sometimes to take out what would require big scenes and big amounts of time. So it's just as challenging. It's just as hard to break an 11 minute story as it is a 22 minute story.

Q: Samo, we have a two-part question for you. Could you have imagined 5 years ago you would be sitting on stage with Spongebob Squarepants? What have you been most surprised about watching the popularity of the franchise grow?

Samo Login: I couldn't imagine sitting here with such a great cast, not just Spongebob…

Samo Login: My kids were your fan really. The other question, I was not surprised I was happy. It was hard work. 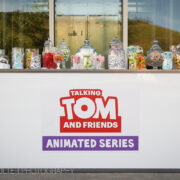 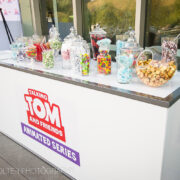 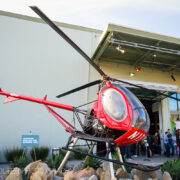 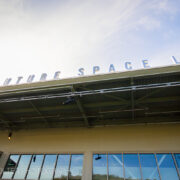 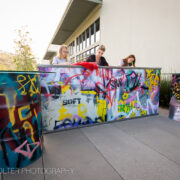 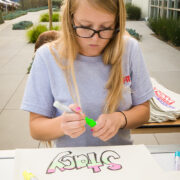 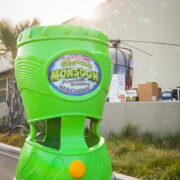 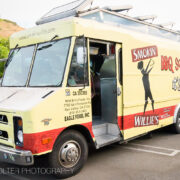 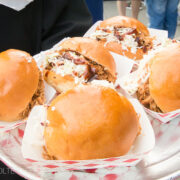 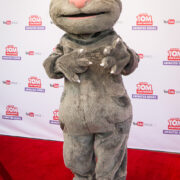 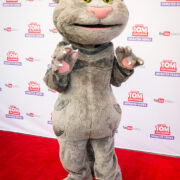 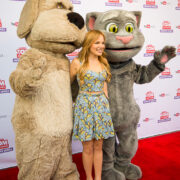 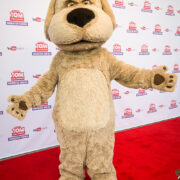 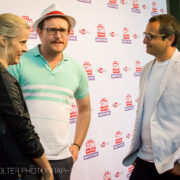 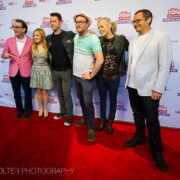 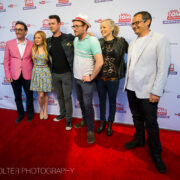 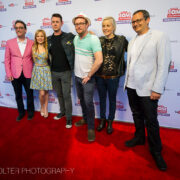 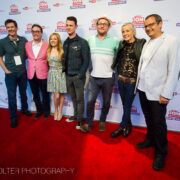 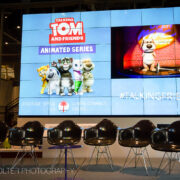 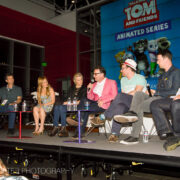 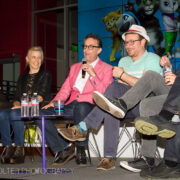 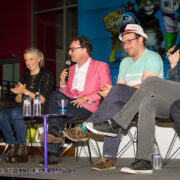 About Talking Tom and Friends

Armed with cameras, tech gear, loads of ideas, and an unfailing sense of optimism, the animated series follows Tom and the gang as they make their own show from the (relative) comfort of Tom’s garage-turned-app studio! Although their adventures and inventions never quite turn out the way they planned, together Tom, Angela, Ben, Hank and Ginger are unstoppable! 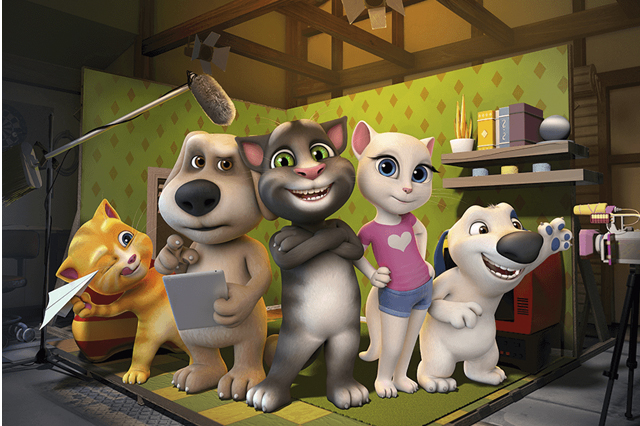